At the age of 36, Toby is two years away from paying off the loan on his successful health-care practice, after which his income will nearly double. Toby pays himself a salary of $212,000 a year. His wife Sheryl earns $50,000 at her part-time government job and another $50,000 a year doing bookkeeping for Toby’s clinic. She has a defined benefit pension plan that entitles her to $31,590 a year at the age of 65.

Top of mind for Toby and Sheryl is to buy a rustic summer cabin so their two young children will “have great childhood memories,” Toby writes in an e-mail. They also want to finance their children’s higher education.

Their Alberta house has a big mortgage that they’d like to pay off sooner rather than later. “Can we pay it off sooner than 25 years?” Toby asks. “How much sooner?”

Once Toby’s income improves, they’d like to indulge in a luxury or two – a fancy sports car and a thoroughbred horse. They hope to retire early – at 55 – with a budget of $100,000 a year after tax. Their one concern is not having enough savings.

We asked Robyn Thompson, a certified financial planner and president of Castlemark Wealth Management in Toronto, to look at Toby and Sheryl’s situation.

Given Toby’s income prospects, the couple should be able to achieve all of their goals and then some, Mrs. Thompson says. So far, though, "they have taken a piecemeal approach to financial planning,” she says. As a result, they have some catching up to do with registered retirement savings plans, tax-free savings accounts and their registered education savings plan, as well as investment and integrated tax planning. “First things first,” the planner says. “Putting their assets to work early and managing tax is key.”

She offers a number of suggestions:

As a self-directed investor, Toby has done well over the past few years, but “he does not follow a disciplined approach to investing and tends to buy the trend,” Mrs. Thompson says. Toby considers himself a moderate growth investor, yet their portfolio is almost entirely in stocks and stock exchange-traded funds. He should ensure their holdings are diversified across multiple asset classes and sectors, as well as geographically, the planner says. She recommends rebalancing to 30-per-cent fixed income and 25-per-cent Canadian, 25-per-cent U.S. and 20-per-cent international stocks or stock ETFs.

Next, the registered plans. She suggests Toby use some of his $84,000 in unused RRSP contribution room to make a spousal RRSP contribution for Sheryl this year. The money – $58,400 – would come from their joint account and cash flow surplus. “This will reduce Toby’s income and provide tax-deferred growth in Sheryl’s name,” Mrs. Thompson says.

While they have a small RESP for their children, they are not making regular RESP contributions. What savings they do have is 99 per cent in stocks. The planner recommends they lower the stock allocation to 70 per cent, with the balance in fixed income. As well, she suggests they contribute $2,500 a year for each child to take advantage of the Canada Education Savings Grant (20 per cent of the first $2,500 in contributions each year up to a lifetime maximum of $7,200). They can contribute up to $50,000 in total for each child. Tax is deferred until the child, who is usually in a low tax bracket, begins making withdrawals.

Neither Toby nor Sheryl has opened a TFSA. After Toby’s practice is paid off in two years and his income rises, he and Sheryl should immediately open TFSAs and catch up by contributing the maximum allowed. They should continue making regular contributions to their RRSPs and TFSAs. “I cannot stress how important this is because investments within these registered plans grow tax-deferred or tax-free.”

Now for the mortgage. After the clinic is paid off in two years, the couple could increase their mortgage payments from $6,675 a month to $8,475, so it will be paid off in 19 years. The planner does not see an advantage to paying it off more quickly than that. “Handled properly, the after-tax compounded, annualized rate of return on their investments is likely to exceed the compound interest payable on their mortgage,” Mrs. Thompson says.

Next, the planner looks at Toby’s professional income, which will rise substantially after his business loan is paid off in two years. The advantage of paying himself a salary is that he is paying into the Canada Pension Plan as well as creating RRSP room, she says. He should consider taking a salary of $147,222, which would take him up to the RRSP contribution limit of 18 per cent of earned income ($26,500 for 2019) and also take advantage of his CPP pensionable earnings. “The balance required for lifestyle needs could be paid out as dividends, which may be taxed more favourably,” she says.

After they have topped up their registered plans and paid off Toby’s practice, Toby and Sheryl could borrow to pay for the cabin, the car and the horse. This strategy makes sense as long as the after-tax rate of return on their investments is higher than the interest they are paying on the loan.

When Toby retires at 55, he hopes to sell his practice for $2.5-million. Both he and Sheryl are shareholders of the professional corporation, so they could qualify for the lifetime capital gains exemption for qualified small-business corporation shares. The exemption, which is indexed for inflation, is limited to a lifetime amount ($866,912 each for 2019), which could allow them to shelter from tax all, or a significant portion, of the sale proceeds, depending on the selling price.

The sale proceeds will flow into their non-registered investment account and should be positioned to generate dividends and capital gains, she adds. This, along with withdrawals from the RRSPs, means they will be in a position to meet their retirement spending target of $100,000 in future dollars, or $142,825 by the time they retire at 55, the planner says.

In preparing her forecast, Mrs. Thompson assumes a 6-per-cent rate of return on investments during their working years, falling to 4.5 per cent when they retire, and a 2-per-cent inflation rate.

The problem: Can they buy the things they want now while still paying off the mortgage, saving for an early retirement and paying for their children’s education?

The plan: Take full advantage of the tax breaks offered by registered savings plans, pay the mortgage off gradually, rebalance their investment portfolio and borrow for the cabin and the other luxuries.

The payoff: Putting their money to best use over time. 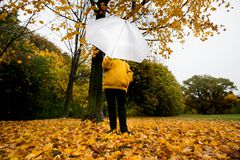 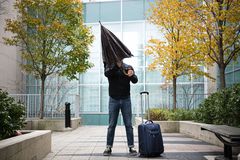 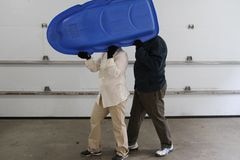