To celebrate the sale of their house for an impressive sum, Dave and Deborah are planning a long European holiday followed by a big move: from Toronto to a popular retirement destination in British Columbia, where they plan to buy a new home.

Dave, who is 67 and self-employed, will be retiring from a successful career in communications. Deborah, who is 57, is self-employed in the human-resources field. She plans to continue working part-time after they return from overseas. Together, they have substantial savings and investments.

“Our big change is that we have just sold our house in Toronto for $1.7-million net and will be taking a year and a half to travel in Europe when the sale closes,” Deborah writes in an e-mail. “The idea is to invest the proceeds from the house sale in a self-directed [discount brokerage] account consisting entirely of dividend equities,” Deborah adds. “My husband doesn’t like bonds as an investment.”

They would live off the dividends while they are in Europe, Deborah adds, then use the lion’s share of the principal to buy a house in B.C. Dave manages their investments. “He is the first to admit he is not a professional investor and feels he’s in a bit over his head,” Deborah writes. Once they return to Canada, their retirement spending target is $90,000 a year after tax.

We asked Matthew Ardrey, a vice-president and financial planner at TriDelta Financial in Toronto, to look at Dave and Deborah’s situation.

When their house sale closes, Dave and Deborah plan to use $53,000 of the $1.7-million proceeds to top off Dave’s tax-free savings account, Mr. Ardrey says. They plan to invest the remainder in “dividend aristocrats” and live off the dividend income while overseas. When they return to Canada at the end of 2020, they plan to buy a home for an estimated cost of $1.3-million.

Mr. Ardrey’s calculations include spending of $120,000 a year in Europe (which would not be covered entirely by the dividend income), retirement spending of $90,000 a year after tax, an inflation rate of 2 per cent a year, and that Deborah earns $20,000 a year working part-time to the age of 65. Both save the maximum to their TFSAs each year, but they no longer contribute to their registered retirement savings plans. They delay collecting Canada Pension Plan and Old Age Security benefits until the age of 70 to get the higher payments.

Next, Mr. Ardrey looks at the couple’s existing investments. Their current asset mix is 9-per-cent cash equivalents, 1-per-cent bonds and 90-per-cent stocks and stock funds. Of the 90 per cent in stocks, 45 per cent is in Canada, 38 per cent in the United States and 7 per cent is international. The historical rate of return is 5.4 per cent. Because they have a substantial proportion in exchange-traded funds, their investment cost is only 0.39 per cent a year, leaving them with a rate of return net of costs of 5.01 per cent.

“Based on these assumptions, Dave and Deborah will be able to meet their retirement goals,” Mr. Ardrey says. Deborah would still have total assets of $5.3-million by the time she is 90, the planner says. If they wanted to spend more and leave only their home as an estate, they could increase their spending by $24,000 a year to $114,000.

“Though this projection looks quite rosy, I would be remiss if I did not address the substantial risk in their plan,” Mr. Ardrey says. “Equity volatility.” Including the house-sale proceeds, Dave and Deborah would have 96 per cent of their assets invested in stocks during their stay in Europe.

They’d be ignoring a basic rule of investing: Don’t invest money that is needed short term in marketable securities.

“What if, during their European dream vacation, stock markets had a major decline?” the planner asks. That would affect their retirement plans dramatically. He looks at a second case where their portfolio suffers a 20-per-cent drop during that time. Rather than being able to surpass their spending target, they’d have to pare it from $90,000 a year to $84,000.

Mr. Ardrey suggests some alternatives. The $1.3-million they’ll need to buy a new home in a year or so should be invested in guaranteed investment certificates, or GICs, where they’d be sure to get their money back. “The primary goal of these funds needs to be capital preservation,” the planner says. Dave and Deborah should keep in mind deposit insurance limits, he says. Canada Deposit Insurance Corp. insures Canadian-dollar deposits at its member institutions up to a maximum of $100,000 (principal and interest) for each account. For example, they could open an account in Dave’s name, another in Deborah’s and a joint account at each of four institutions for $100,000 each. “So they could fill their need with four institutions for most of the savings and $100,000 more at a fifth,” he adds.

“Another option would be to purchase the home in B.C. before leaving on their trip,” Mr. Ardrey says. This would remove any uncertainty about what they will have to pay.

With the remaining investments, Dave and Deborah should look at revising their strategy to reduce their stock-market risk, the planner says. They should have a balanced portfolio of large-capitalization stocks with strong dividends and a mix of corporate and government bonds of different durations. Although Dave isn’t keen on bonds, they could enhance their fixed-income returns – and reduce volatility in their portfolio – by investing a portion of their capital in carefully vetted private debt and income funds, Mr. Ardrey says.

These private funds can be bought through an investment counsellor. If they hired one and put a portion of their fixed-income assets in private debt and income funds, they would have a projected return of 6.5 per cent with 1.25 per cent a year in investment costs, for a net return of 5.25 per cent. That’s better than the 5.01-per-cent historical rate of return on their existing portfolio and it would reduce their investment risk.

The problem: How sound is their plan to invest the proceeds of their house sale in blue-chip stocks and live off the dividends for the time they are in Europe?

The plan: Invest the money needed to buy the new house in GICs, or consider buying the house in B.C. now.

Couple ‘never seem to have enough money.’ Can they keep their retirement plans while supporting their kids?
August 26, 2019 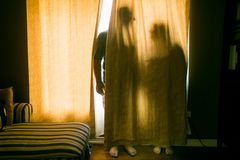 How a recent divorcee can retire in her 50s and help each of her children buy a house
August 1, 2019
How much longer does this single parent with depleted savings have to work?
June 28, 2019 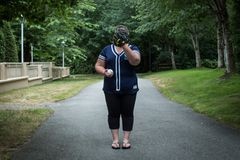