With investment assets of more than $1.2-million but no pension plan, Danny wonders whether he has saved enough yet to retire in a few years. He is 63, single with no dependants. He plans to retire from his $250,000-a-year sales job at the age of 67.

When he does, he’ll be relying mainly on his savings and investments to sustain his desired lifestyle. His retirement spending target is $100,000 a year after tax, roughly double his lifestyle spending now.

Financial independence is important to Danny because he has no children or younger relatives to look out for him in his old age. Because he has no need or desire to leave a large estate, he could always downsize his $2-million suburban Toronto house to free up some cash if necessary.

Danny wonders how best to invest his retirement funds to achieve his spending goal, and when to start taking Canada Pension Plan and Old Age Security benefits. Most of all, he worries about running out of money.

We asked Warren MacKenzie, head of financial planning at Optimize Wealth Management in Toronto, to look at Danny’s situation.

Danny’s closest relatives are his older siblings, Mr. MacKenzie says. “In terms of his long-term financial security, he is totally on his own.” Perhaps a sense of insecurity has led Danny to live modestly and save as much as possible.

When he retires from work, Danny will get the maximum CPP and OAS benefits, but no private pension income. His savings are enough to allow him to meet his $100,000-a-year spending target, the planner says.

Danny should delay the start of his CPP until the age of 70 because he does not need the income now, and by delaying the start date, when he does receive CPP benefits they will be 42 per cent higher, the planner adds.

Mr. MacKenzie’s forecast shows that with 2-per-cent inflation, a 4-per-cent rate of return on investments and the eventual sale of his home, by the age of 95 Danny’s net worth (in dollars with today’s purchasing power) will still be more than $1-million. He has a “surplus” of about $500,000, the planner says. “That means if Danny’s net worth was $500,000 less than he has now, he could still achieve his main goal, which is never to run out of money.”

Danny’s portfolio is primarily in mutual funds that hold blue-chip, dividend-paying stocks, small cap stocks and liquid alternatives. “While it is a sound investment strategy to use these different asset classes, with 80 per cent in equities, he is taking far more risk than necessary to achieve his goals,” Mr. MacKenzie says. Danny’s asset mix is 50 per cent blue chips, 10 per cent small caps, 20 per cent private equity and 20 per cent fixed income. The combined management fees and trading costs of his mutual funds is estimated to be about 2.25 per cent a year – relatively high given the size of his portfolio.

Danny could have all his money in a more conservative asset mix – with lower costs – and still be able to spend $100,000 a year in retirement, the planner says. “It makes no sense for him to risk his long-term financial security by taking more risk than is necessary to achieve his goals.”

Indeed, Danny’s two main goals seem to be at odds: He wants to be sure that he can maintain his lifestyle with no fear of ever running out of money. And he wants to be confident that his investment portfolio’s asset mix is designed to achieve that goal rather than some relative benchmark, the planner says. Actually, with 80 per cent in equity funds, his asset mix runs the risk of undermining the main goal – never to run out of money – if stock markets were ever to take a steep drop.

Next, Mr. MacKenzie looks at tax planning. “To minimize income tax, Danny should convert his registered retirement savings plan to a registered retirement income fund as soon as he retires,” Mr. MacKenzie says. “He should then withdraw sufficient funds to bring his taxable income up to $44,700 to take full advantage of the low rate of income tax and also get the benefit of the $2,000 federal pension tax credit,” he adds. In the long term, this may also reduce the impact of the OAS clawback. By taking about $45,000 a year from his RRIF about four years sooner than necessary, his RRIF will be smaller and therefore the mandatory withdrawals will be lower, resulting in lower taxable income, he says.

From a tax-planning point of view, because Danny has more money than he needs to maintain his lifestyle, and is planning to leave some or all of his estate to charity, it would make sense for him to get involved with a charity sooner rather than later, Mr. MacKenzie says.

“By donating mutual funds in his taxable account on which there is a large capital gain, he avoids paying tax on the capital gain and he gets a donation receipt for the full value of the donated security,” the planner says.

Getting involved with a charity would also give Danny a sense of purpose, he adds. “For many years he’s worked an average of about 50 hours per week and much of his social contact comes from his work,” the planner says. “So retirement could be an extreme shock to his system.”

Danny has said he could downsize his house to pay for nursing care if he needed it. Alternatively, he might want to investigate the cost of a long-term care insurance policy in case he ever requires nursing home care, the planner says.

Danny is now dealing with a large mutual fund firm. At some point, while he is still confident of his ability to make sound investment decisions, he might want to hire a portfolio management or investment counselling firm that operates under a fiduciary standard rather than the “suitability” standard adhered to by most commission-based investment firms, the planner says.

“It is important for the very elderly to have an advocate who will look after their best interests.”

When interest rates rise, as they eventually will, Danny might want to consider buying a life annuity, Mr. MacKenzie says. “This is a simple and guaranteed option for a portion of his capital,” he adds. An annuity would suit Danny’s desire for financial security. “People are generally happier in retirement when their guaranteed income is enough to cover basic needs.”

The problem: Has he saved enough so that he never has to worry about running out of money?

The payoff: Peace of mind.

Can Jane afford to retire in two years and still meet her goals?
Subscriber content
August 14, 2020 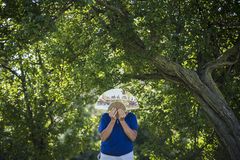 Lucinda wonders how to organize investments after the coronavirus accelerated her decision to sell her house
Subscriber content
August 7, 2020 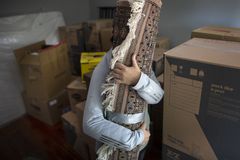 How can Mike and Miriam leave plenty to their daughter without diminishing their retirement lifestyle?
July 31, 2020 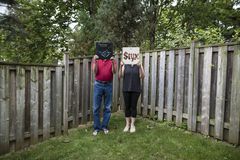