At the age of 69, Louisa wants to travel extensively – including walking the Camino de Santiago in Spain once the travel ban has been lifted – while she is still relatively young and healthy.

“An extenuating factor for me is that I am a two-time breast cancer survivor and just had another surgery,” she writes in an e-mail. “Health issues are stable now, but you never know,” Louisa adds. “I want to ‘carpe diem’ – travel and enjoy my life now and over the next few years.”

“Should I make an extra payment on my mortgage using my inheritance?” Louisa asks. Her Calgary-area house is valued at $450,000 with a mortgage of $96,595. She enjoys her neighbourhood and has no plans to sell.

Louisa also wonders whether there are any changes she should be making financially.

We asked Barbara Knoblach, financial planner and money coach at Money Coaches Canada in Edmonton, to look at Louisa’s situation.

Louisa’s work pension (a defined benefit pension, partly indexed to inflation), Canada Pension Plan and Old Age Security benefits combined give her an after-tax income of $3,764 a month, or $45,168 a year, Ms. Knoblach says. In comparison, her continuing monthly expenditures are $4,016 a month – a deficit of $252 a month. She has been contributing $400 a month to her tax-free savings account.

“With her current spending, she could break even on her employer pension and government benefits alone if she were to stop making contributions to the TFSA,” the planner says. Louisa has begun drawing yearly from her life income fund and her registered retirement income fund, the planner notes.

To determine the best course of action for Louisa, Ms. Knoblach analyzes three scenarios, all of them extending to Louisa’s age 95.

The first scenario: “Louisa will be pleased to learn that if she were to stay on her current path and require $48,200 in annual spending power, she would not be expected to outlive her savings,” Ms. Knoblach says. “In fact, she could increase her annual after-tax spending to $51,800 for the rest of her life,” she adds.

This would not be ideal. “This level of spending would lead to a depletion of capital assets over time, but Louisa could still live off the pension and government benefits and would keep the equity in her home,” the planner says. But consistent annual spending of $51,800 would not allow her to make any lump-sum purchases, such as for a new roof or a new vehicle.

The second scenario: An easy way for Louisa to increase her travel budget without drawing more on her registered investments would be to redirect the dollars that she is currently contributing to the TFSA to her travel fund instead, Ms. Knoblach says. Louisa could then travel on $8,400 a year – her current budget of $3,600 plus the $4,800 that would be redirected from the TFSA.

“This increase would allow her to do the trips she aspires to do, without feeling financially constrained,” the planner says. Alternatively, if Louisa wanted to increase her travel budget to $6,000 a year, she could do so by making half of her current contributions to her TFSA.

The third (and best) scenario: The first two scenarios imply that Louisa will be travelling throughout her lifetime, or well into her 80s and 90s, Ms. Knoblach says. If Louisa decided to stop her TFSA contributions and dedicated $6,000 a year to travel from now until she reaches the age of 80, she would have a spending requirement of $45,800 a year to the age of 80, and $39,800 a year thereafter, the planner says.

“This 10-year time frame for enhanced travel would also provide her with the flexibility to make some big-ticket purchases,” Ms. Knoblach adds. Louisa could spend $25,000 in 2021 on a new vehicle and $10,000 in 2025 on the roof replacement. If she does, she should use the TFSA funds because they are in after-tax dollars and will not trigger a tax event upon withdrawal.

To make this scenario work, Louisa would have to be content with either giving up travelling altogether after the age of 80, or using some funds currently allocated for other discretionary spending for travel instead.

Next, the planner addresses Louisa’s question about making extra mortgage payments with her inheritance money.

Louisa currently has a five-year, fixed-rate mortgage at 3.54-per-cent interest. The mortgage will mature in November, 2023. She can prepay $15,000 each year without incurring a penalty. If she were to keep her regular mortgage payments, but made an additional annual lump sum prepayment of $10,000 from now to 2025, she would pay the mortgage out in full by 2026, at the age of 75, the planner says. If she makes no lump-sum prepayments, she will pay the mortgage out in full in 2037, at 86. That assumes the interest rate does not change.

“Although it is obviously good to be mortgage-free in retirement, any lump-sum prepayments on the mortgage could come with undesired consequences,” Ms. Knoblach says. If Louisa made the lump-sum prepayments in addition to all the other expenditures that she is envisioning – the home improvements and the vehicle – she would be facing a cash crunch at 75.

“In essence, she would run the risk of depleting her accessible personal financial assets at this time,” she says. While Louisa could still live off her pension and government benefits, she would no longer have the flexibility to pay for any unexpected larger expenditure that could arise.

“My recommendation to her would be to act on her most important goal, namely travel,” Ms. Knoblach says. “Otherwise, she may come to regret later that she did not take the opportunity to go on her dream vacations while she was able to.”

Finally, the planner looks at Louisa’s investments. As a risk-averse investor, Louisa prefers to hold all of her money in cash and guaranteed investment certificates. Louisa’s investments have an average rate of return of 2 per cent, similar to the long-term rate of inflation.

“However, because Louisa is holding a significant portion of her funds in accounts that contain pretax dollars, her actual rate of return – after payment of taxes on withdrawals from registered accounts – is lower than the rate of inflation,” she notes.

To remedy the situation, “at least a portion of the monies held in the RRSP (her biggest account) need not be touched for several years,” Ms. Knoblach says. “It is my recommendation that Louisa add a growth component to this portion of her investments by purchasing an exchange-traded fund or a low-fee mutual fund holding dividend-paying, blue-chip stocks.”

The problem: Should she use her inheritance to pay down her mortgage or increase her travel budget?

The plan: Increase the travel budget to do the travelling she wants for the next 10 years or so. Leave the mortgage, at least for the time being.

The payoff: No regrets about not having done the travelling she wanted to while she could.

Should Mark and Meredith invest their surplus or pay off their mortgages?
June 5, 2020 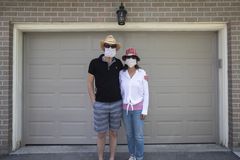 Can this couple support their autistic child throughout her life while hitting retirement goals?
May 29, 2020 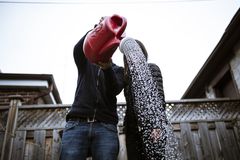 Millennial couple looking to buy condo in Toronto are without income after the coronavirus took hold
May 8, 2020 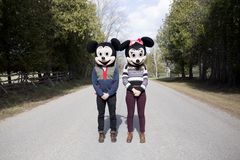