Two years ago, the federal government announced an expansion to the Canada Pension Plan (CPP), marking the most significant change in Canada’s three-pillar retirement income system in half a century.

This expansion included a higher replacement of average work earnings − increased from a quarter to a third − up to a maximum limit, which will also gradually increase by 14 per cent to $79,400 by 2025. This means a Canadian with 40 years of $50,000 in consistent pensionable earnings would receive $4,000 more a year in CPP benefits.

But within the framework of Canada’s complex tax and social benefit system, what will the CPP changes mean for Canadian seniors? A new report I wrote, released Wednesday by the Society of Actuaries and the Canadian Institute of Actuaries, looks to answer this question.

One key finding is that for every dollar of new CPP benefits a worker earns, approximately 62 cents will make its way into their pocket. So, of that $4,000 extra CPP benefit, a senior will receive about $2,500.

The Canadian retirement income system is complex. Taxes, employment patterns, earning levels, Old Age Security (OAS), Guaranteed Income Supplement (GIS), spousal income and many other factors all interact to affect how much of the CPP benefits will make their way into Canadians’ pockets.

Until now, a criticism of the CPP enhancements is that they will ultimately do little to help low-income Canadians in retirement, owing to the clawbacks that reduce the income-tested GIS benefit. However, this 62 cents on the dollar is relatively consistent across Canadians with different lifetime earnings levels, although the dynamics vary greatly.

Why haven’t we heard about this relative equity among Canadian seniors before? In short, it’s not a simple calculation. We need a highly sophisticated modelling system to project the entire Canadian population far into the future, with tens of thousands of variables at play, to calculate how the CPP enhancements will realistically affect us all.

Over- or under-prepared for retirement?

Another criticism has been that the CPP enhancements are too modest. But once fully mature, by 2070, the study finds they will increase CPP benefits by 44 per cent on average across Canadians – which is far from modest. They should help young Canadians maintain their living standards in retirement­, especially middle- and high-income earners without significant employer-sponsored pension plan benefits – about 40 per cent of the Canadian population. 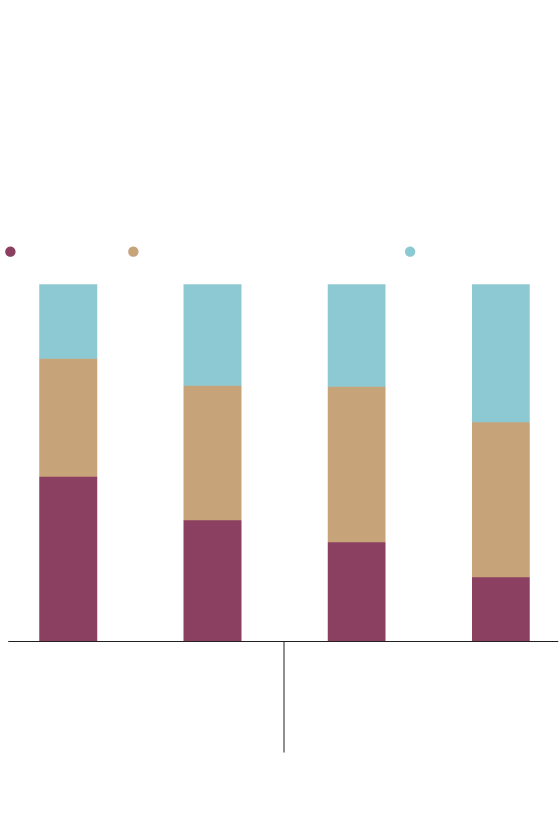 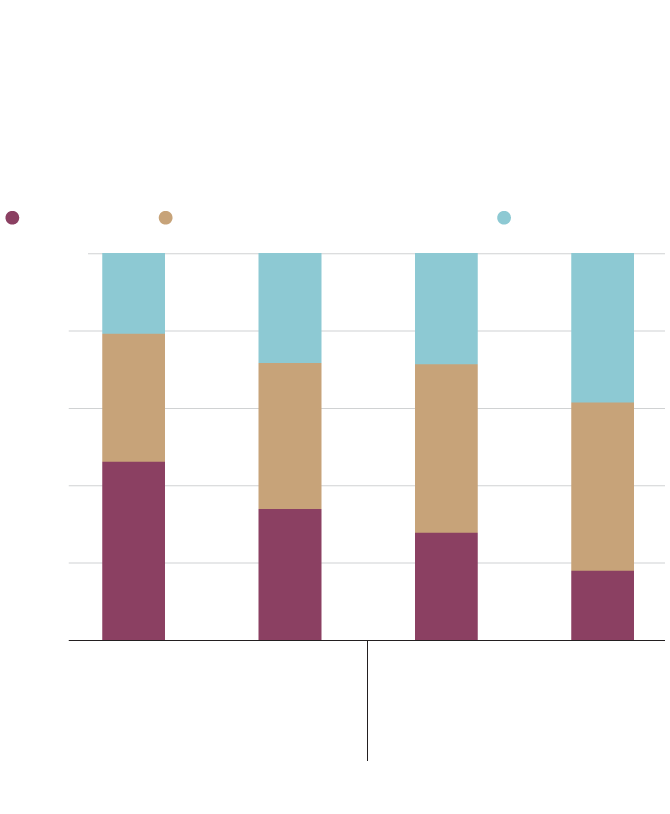 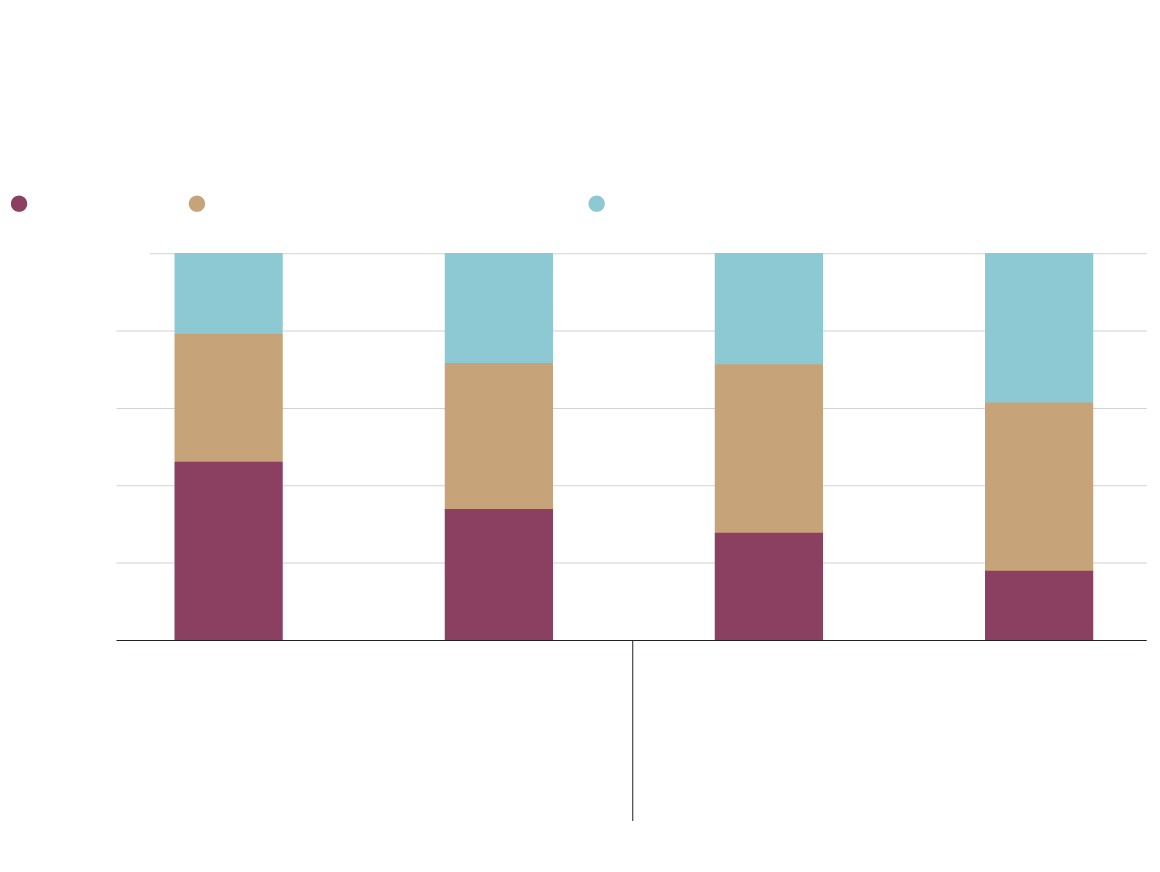 With these changes, the proportion of this group unprepared for retirement drops from 46 per cent to 34 per cent – a positive development, since this was likely an important motivator behind the enhancements in the first place.

At the other end of the spectrum, the CPP enhancements will push 9 per cent of Canadians to become overly prepared for retirement by unnecessarily reducing their living standards while working – particularly middle-income earners with significant participation in workplace pensions. However, if these already-prepared Canadians reduce their voluntary personal savings elsewhere, the CPP enhancements can achieve a more targeted effect.

Following the example of countries such as Sweden, Holland and Britain, the Canadian government can help by leading initiatives to create central registries that will keep Canadians aware of their expected retirement incomes so they can make more informed decisions.

Even with the recent CPP enhancements, there are challenges ahead. Projections show nearly a quarter of Canadians won’t be able to sustain their living standards in retirement, and this ratio increases to more than a third for Canadians without meaningful participation in employer-sponsored pension plans.

Although the CPP’s goal is to improve retirement security for all Canadians, it’s important to protect the financial welfare of the working-age population, especially lower-income earners. The involuntary additional CPP contribution (2 per cent of pay) may add to an already-existing financial hardship for these individuals – especially self-employed, low-earning workers, who are obliged to pay both the employer and the employee side of the contribution. Also, the tax deductibility of the enhanced contribution carries less value for a low-income earner than for a high-income earner.

Finally, low-income Canadians will likely receive pension benefits for a shorter period, due to lower life expectancy. All these observations point to a critical need for properly designed refundable tax credits that target the working poor, such as the Canada Workers Benefit. It will also be important to re-evaluate the GIS program, which currently creates a significant disincentive for low-income Canadians to work past age 65 and save for retirement through registered vehicles.

While we wait for the enhanced CPP benefits to become fully mature in 2070, a more immediate concern is the retirement financial prospects of today’s older Canadians, for whom the CPP enhancements will do very little.

While the debate continues in the United States on how to scale back Social Security benefits, enhancing CPP benefits is a uniquely Canadian solution. The changes were a long time coming − but they were worth the wait.

No question, there’s still work to do to ensure Canadians can have a financially secure retirement. But authoritative, unbiased, high-quality evidence suggests the CPP enhancements are a step in the right direction.

Bonnie-Jeanne MacDonald, PhD FSA, is a researcher at the National Institute on Ageing at Ryerson University, a fellow of the Society of Actuaries and resident scholar at Eckler Ltd.

Why it’s even harder to save for retirement for women
May 18, 2018
explainer
CPP reform: What’s changing and how it will affect you
June 21, 2016
When should you take CPP? This will help you decide
February 15, 2018