Bonnie-Jeanne MacDonald and Michael Wolfson
Contributed to The Globe and Mail
Published October 8, 2019 Updated October 8, 2019
Comments
Please log in to listen to this story. Also available in French and Mandarin. Log In Create Free Account

Long-term care in Canada is facing major sustainability challenges – and it’s an issue that we cannot afford to ignore.

Research released Tuesday by the National Institute on Ageing at Ryerson University shows that if Canada continues on its current track, the cost of publicly funded long-term care for seniors – including nursing homes and home care – is expected to more than triple in 30 years, rising from $22-billion to $71-billion, in today’s dollars.

Keep in mind that governments fund these costs from general tax revenues. Unlike the Canada/Quebec Pension Plan, there is no special fund or program to cover the costs of long-term care in Canada. And it is not covered under the Canada Health Act in the same way as physician and hospital care.

Canadians typically don’t see the gaps in the current publicly funded long-term care programs until they or a family member falls through them. These gaps have traditionally been filled by family, who act as a form of long-term care insurance for older Canadians, providing much-needed care when their health deteriorates. In fact, family members provide about 75 per cent of home care for older Canadians, unpaid.

Continuing to provide that level of unpaid care to older spouses and parents will be a significant challenge. Canadian fertility rates declined significantly after the mid-1960s, such that seniors have fewer adult children than in the past. If family members try to keep up with the care needs of the seniors they will be supporting, they will need to increase their efforts by 40 per cent, some much more than others.

Not only will each person need to carry more weight, but becoming an unpaid caregiver will increasingly become the reality for many more Canadians, as the number of seniors needing support more than doubles.

The prospects for meeting this challenge do not look good – particularly when you take into account factors such as smaller families, more separated and divorced seniors, greater participation of women in the work force, fewer elderly parents living with their children, and reduced expectations and/or willingness to provide care services within families. This is not to mention the emotional, physical and financial stress already reported by family members providing unpaid care to seniors in Canada.

If all the projected unpaid hours of family care had to be paid publicly, this would add $27-billion to public-sector costs by 2050, increasing the projected cost from $71-billion to $98-billion.

These projections may in fact be underestimates. The bulk of long-term care is currently provided by personal support workers, about 90 per cent of whom are women, and about 30 per cent are immigrants. They are among the lowest-paid employees in Canada. Already, there is a shortage of long-term care workers. With higher demand, we can expect higher salaries, pushing up projected costs even further.

With better health care and increased longevity, most of us will live into our 80s and 90s. And while most of us will remain healthy well into older ages, some will face long-lasting and expensive care needs that are well beyond the ability of most Canadians to pay for out of pocket. Private long-term care insurance won’t solve the problem – it has not worked as intended here in Canada and is unlikely to work in the future.

Time is ticking. There is little more than a decade before the first of the baby boomers reach the ages when they will begin to need higher levels of care. If we aren’t prepared, there will be spillover to other, more expensive, publicly funded health services – such as the already-problematic “hallway medicine” that hospitals and governments are facing.

We’ve known for decades that these demographic changes are coming. Addressing the long-term care challenge should be a national priority, as reforms require long lead times, and cannot be left to reactive, short-term political cycles.

In the meantime, baby boomers should do their future selves a big favour: Take a long, hard look at your personal financial circumstances, talk with your family, understand what your province or territory does and does not offer, and plan ahead.

Broader engagement is needed to find workable solutions to meet growing needs for care and address unsustainable burdens on unpaid caregivers, while also balancing the fiscal implications. Ultimately, it’s about enabling Canadian seniors to age with dignity – and giving them the support they need.

Michael Wolfson, PhD FCAHS, is a former assistant chief statistician at Statistics Canada, and currently is a member of the Centre for Health Law, Policy and Ethics at the University of Ottawa. 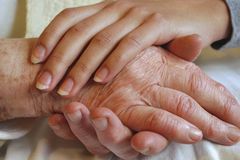 How much should we set aside for long-term care?
June 19, 2017
Will you have enough money to cover health care bills in retirement?
May 15, 2018 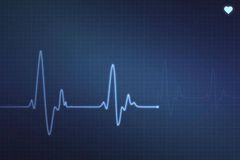