Hard work, diligent saving and plain good luck have Nick and Naomi hoping financial independence will be within their reach soon.

She earns about $163,000, plus substantial annual and long-term bonuses, working in sales. He earns about $86,000 plus bonus in information technology. Nick has a defined benefit pension plan that will pay about $35,000 a year at age 65.

“My husband is 47 and I’m 46,” Naomi writes in an e-mail. They have two children, ages 12 and 10. “We are very fortunate that we bought our forever home in 2006, when prices were still reasonable,” Naomi writes. “We paid off our mortgage in 2014 by doubling up each mortgage payment and making once a year lump-sum payments,” she adds.

They’ve been saving and investing ever since, and dreaming of financial freedom.

“I’d love to know if we are on track to be able to retire at 55 or even earlier,” Naomi writes. “We would both like to be in a position where work is optional.” They have been saving for their children’s postsecondary education and expect each child will have more than $100,000.

Boosting their investment performance has been Nick’s good luck with his registered retirement savings plan stocks, which have lifted his RRSP to more than $1-million. Nick and Naomi wonder if they’ve saved enough to retire soon, whether they risk outliving their savings, and which assets to draw down first. They have a retirement spending target of $95,000 after tax.

The only debt Nick and Naomi have are two investment loans totalling $99,000, Ms. Douglas says. In the short term, they would like to replace their roof and windows. Longer term, they want to pay for their children’s postsecondary education and eventually spend more time travelling. They have about $2.5-million in investable assets.

For forecast purposes, Naomi has asked that her life expectancy be age 85 and Nick’s age 90.

The planner’s analysis assumes an inflation rate of 2 per cent, that they both begin collecting government benefits at age 65 and that they achieve a conservative rate of return of 4.5 per cent on their investable assets. It also assumes they reinvest any surplus income from minimum withdrawals from their registered retirement income funds.

Naomi and Nick have done well with their investments, some of which they manage themselves, Ms. Douglas says. Their best performing account has been Nick’s self‐managed RRSP, with a value of $1.36-million and an annualized rate of return of 22 per cent since inception in 1997, she says. The performance has been so good that they are concerned about the tax implications of such a large RRSP. They wonder whether Nick, and maybe Naomi too, should retire now, Ms. Douglas notes. That would be too soon.

“If they both decide to retire now, they would run out of investable assets in 2056 when they are 82 and 83 years old, at which point they would still have their house worth about $3-million.”

To avoid running out of investable assets, based on their current savings amounts, Naomi (as the higher income earner) would need to continue working until at least age 50, the planner says. Or they could save even more than they already are.

“While I do not suggest that Nick retires early simply to start drawing down on the RRSP account, they will need a tax efficient withdrawal strategy,” Ms. Douglas says. “I would suggest early RRSP or RRIF withdrawals once they have retired to take advantage of their lower tax brackets, particularly before receiving pension income and government benefits at age 65,” she says. “They should consider converting some of their RRSP accounts to RRIFs at age 55 (if they retire then) because this will help them avoid the administrative fees of making regular withdrawals and the withholding tax on the withdrawals.” Tax is withheld on RRIFs only if the withdrawals exceed the mandatory minimum.

Making early RRSP/RRIF withdrawals will also have the added benefit of reducing the likelihood that they will have some of their Old Age Security benefits clawed back, she adds. “They will not be able to split RRIF income until after age 65, so they should look at their tax situation on an annual basis to figure out the most tax efficient withdrawal amount from their registered versus non‐registered accounts, taking advantage of their lower tax brackets,” the planner says.

They should also consider diversifying their holdings. While Nick has done a great job of managing his RRSP account over the years, the account is 100 per cent in equities. One U.S. technology stock – Apple Inc. – makes up 87 per cent of the portfolio (and 48 per cent of their total investable assets), which exposes them to company risk, Ms. Douglas says. She recommends they diversify their portfolio across different industries, countries and asset classes.

“Their asset allocation will become particularly important in retirement, and I suggest allocating any funds needed in the short term – less than five years – to fixed income or lower risk assets, so they are not drawing from the equity portion of their portfolio during a pullback in the market.” A pullback in early retirement can cause their investable assets to deplete faster than anticipated, especially given their long time horizon, the planner says. They should also be aware of the different tax implications of interest income, capital gains and dividends, and should preferably keep any interest income (which is 100 per cent taxable) in registered accounts to shelter it from tax.

“Naomi and Nick have done a great job in the asset accumulation phase of their life,” Ms. Douglas says. “The asset decumulation phase will require some careful planning, especially given the tax liability they face, to ensure they are able to accomplish their goals and fully enjoy their retirement years.”

The problem: Have they saved enough to retire at 55 or even earlier? Could they retire now?

The plan: Prepare to work a few more years and continue saving toward their goal. Nick should take steps to better diversify his RRSP portfolio.

Can Lynne afford to help her children financially and still have enough to meet her needs?
Subscriber content
July 23, 2021 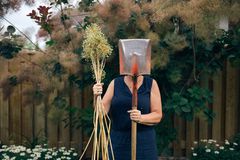 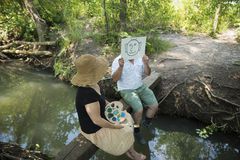 Can Ben and Lucy retire in their 40s on just one income?
Subscriber content
July 10, 2021 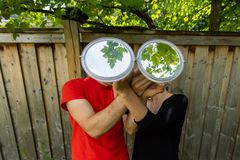