There are more Canadians working from home today than ever and, for most of these folks, video meetings are becoming the norm. It’s also true that retail stores are noticing an increase in sales of shirts and tops. No, really. Walmart executive Dan Bartlett told Yahoo Finance, “we’re seeing increased sales in tops, but not bottoms” – which may be correlated to the proportion of people who turn on their video cameras during video meetings (evidently, just 12 per cent turn off their cameras, according to a survey conducted by Mentimeter AB, an interactive presentation company).

The bottom line? It looks as though working from home can save you about half of your usual clothing budget if you just focus on shirts and tops. But a word of advice: When it comes to your bottom half, wearing something is still a good idea – even pajamas will do the trick.

For those working from home, further financial benefits can be enjoyed in 2020 from home office expenses. On Monday, the government released its fall economic statement and announced a simplified approach to claiming these costs. Let me explain.

I last wrote about home expenses on Oct. 15, where I mentioned that the taxman has been contemplating how to simplify life for employees who want to claim home office expenses this year. Normally, your employer must sign form T2200 and you need to track all the costs you hope to deduct. Given the number of employees that will qualify this year, it could be an administrative nightmare for some businesses, and a complicated headache for employees.

“Millions of Canadians are unexpectedly working from home because of COVID-19. They are turning their bedrooms, basements and kitchens into offices, and taking on increased household expenses to do their jobs,” the economic statement acknowledged.

The government is going to allow employees to claim a deduction of up to $400 without tracking expenses or having your employer sign the usual form T2200. “To simplify the process for both taxpayers and businesses, the CRA will allow employees working from home in 2020 due to COVID-19 with modest expenses to claim up to $400, based on the amount of time working from home, without the need to track detailed expenses, and will generally not request that people provide a signed form from their employers.”

Now, the government hasn’t yet provided all the details as to how this is going to work exactly. What’s clear is that you can still choose to claim home office expenses the usual way, by itemizing each of your expenses and deducting a portion of those. But if you want to keep things simple, you’ll be able to deduct up to $400 based on the amount of time you’ve been working from home.

It’s not clear how Canadians will need to calculate that portion of the $400 they’re entitled to deduct. I suspect that the government may announce rules such as those adopted in Australia where a certain amount per hour of working from home can be claimed. In Australia, folks can claim 80 cents an hour of working at home (as one way to do the calculation). If the Canada Revenue Agency used a similar approach, you’d have to work at home 500 hours (just over 12 weeks, or three months) in the year to get the full $400 deduction. The government will shed more light on the formula in the coming days.

This all raises the question: Will you be better off using the simplified approach of claiming up to $400, or using the normal approach where you itemize each of the deductions you’re entitled to claim (rent, heat, hydro, water, repairs and maintenance and supplies) and deduct a portion of these based on the proportion of your home you use for work? This will be easier to answer once we see the formula for calculating the simplified deduction.

Having said this, the employees who stand to gain the biggest tax deductions from using the normal (not simplified) approach to home office expenses are renters who have a relatively small residence where their office space takes up a large proportion of their home. For example, if you’re paying $1,800 a month in rent and are using 25 per cent of your home for work for nine months, that’s a $4,050 deduction ($1,800 x nine months x 25 per cent), which is much higher than the simplified $400 amount. Most employees who are homeowners can’t deduct mortgage interest, property taxes or insurance (commissioned employees can add property taxes and insurance to the list), which limits the total deductions they’ll likely claim.

I’ll have more to say on this later when details of the simplified deduction are announced. 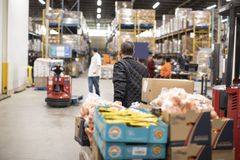