Being an American living abroad can be a harrowing experience. Consider the plight of Joe.

Joe is a pigeon (named after U.S. President Joe Biden) who was found in Melbourne, Australia, just after Christmas. He had a band around his leg which suggested he was a racing pigeon from the United States (Oregon, to be exact). The Australian authorities were going to euthanize him as being a biosecurity risk, but the bird received a last-minute pardon when someone from the American Racing Pigeon Union declared the band around Joe’s leg to be “counterfeit and not traceable.” True story.

While Joe may have escaped the long arm of the Australian Agriculture Department, which ultimately decided he was just a domestic pigeon and thus not a risk, Americans living in Canada will have a tougher time escaping the Internal Revenue Service south of the border. If you’re a U.S. citizen living in Canada, here are several things you need to know about filing your taxes in the U.S.

You must file a U.S. return each year

There are only two countries in the world that tax individuals based on citizenship: Eritrea (in Eastern Africa) and the United States. So, if you’re a U.S. citizen living in Canada, you’ll need to file a U.S. tax return each year. The deadline is normally April 15, but if you’re living in Canada (or anywhere outside the U.S.) you have an automatic extension to June 15 and can apply for an extension to Oct. 15 if you file U.S. Form 4868. But if you owe taxes, you must still pay by April 15, or you could face interest and penalties. As an aside, green card holders are also obligated to file in the United States. Let’s just refer to U.S. citizens and green card holders as “U.S. persons.”

You can get caught up on your filings

There is no shortage of U.S. persons who have neglected their tax filings down south. If you haven’t filed a U.S. tax return recently, the IRS is generally understanding if it was owing to an honest mistake. There are “streamlined filing compliance procedures” that you may be able to take advantage of, to reduce or eliminate penalties, if you’ve lived outside the U.S. and your failure to file was an honest mistake.

Or perhaps I should say “checks.” The U.S. government sent out stimulus payments to U.S. citizens in March, 2020, (a maximum of US$1,200), even if they were living in Canada. A second stimulus payment can be expected as part of a December, 2020, relief package that includes a US$600 direct payment to each person who qualifies, plus up to $600 for every eligible child under 17.

You may need to file other forms

When it comes to your U.S. filings, be aware that you may need to file a report of your foreign bank and financial accounts (called FBAR – Form FinCEN 114), and a form under the Foreign Account Tax Compliance Act Form 8938. Your best bet is to speak to a tax professional in Canada who specializes in the preparation of U.S. tax returns for U.S. persons living here, to make sure you’re filing all necessary forms.

TFSAs and RESPs are a pain

Tax-free savings accounts and registered education savings plans are not recognized as tax-sheltered plans in the U.S. The IRS considers these to be foreign trusts with annual reporting requirements (U.S. Forms 3520 and 3520-A). If your spouse is not a U.S. person, you’d be best to have your spouse open and contribute to an RESP. And of course, non-U.S. spouses should have their own TFSA.

Be aware of foreign corporations

If you’re a U.S. person and you own shares in a Canadian corporation, educate yourself on the Controlled Foreign Corporation and Passive Foreign Investment Company rules. If you own shares in a CFC or PFIC you may have to include amounts in your personal income annually, even if your corporation didn’t pay you any income. See my article from Feb. 7, 2019, and speak to a tax pro for details.

How splitting income with your spouse in retirement can boost your lifestyle
February 25, 2021 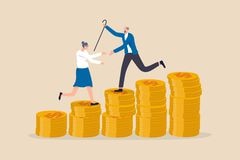 Where should you hold your foreign stocks? We’ll do the math
February 18, 2021 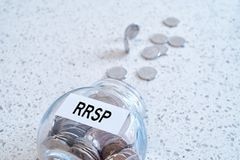