It was in 1936 that a landmark court decision – Inland Revenue Commissioners v. Duke of Westminster – was handed down by judge Lord Tomlin of the High Court of Justice in England. It was a case that dealt with the issue of tax avoidance. The Duke of Westminster had employed a gardener and paid him meaningful wages, but wasn’t able to deduct those wages against any income; the tax law wouldn’t allow it. So, the Duke had his lawyers draw up a contract with the gardener that said that the earnings were not really wages, but were an annual payment payable by weekly instalments. This made the payments tax-deductible.

The Inland Revenue was not impressed and took the Duke to court, and lost. The decision of Lord Tomlin is empowering to read. If you’re a taxpayer and want a breath of fresh air, forget about a walk in the woods, just read Lord Tomlin’s words:

“Every man is entitled, if he can, to order his affairs so that the tax attaching under the appropriate Acts is less than it would otherwise be. If he succeeds in ordering them so as to secure this result, then, however unappreciative the Commissioners of Inland Revenue or his fellow taxpayers may be of his ingenuity, he cannot be compelled to pay an increased tax.”

As Canadian taxpayers today, we don’t enjoy the same level of freedom to structure our affairs to pay the least amount of tax as was enjoyed by the Duke of Westminster more than 80 years ago. You see, in 1988 our government introduced what is known as the General Anti-Avoidance Rule (GAAR), which was intended to distinguish between legitimate tax planning and abusive tax avoidance. The GAAR is found in Section 245 of our tax law and, where it applies, will deny any tax benefits that you might otherwise enjoy if your tax planning involved inappropriate tax avoidance.

The problem with the GAAR is that it may be possible to structure your affairs to reduce your taxes – which should be acceptable – and still face a challenge from the Canada Revenue Agency (CRA) if the taxman doesn’t like your planning.

So, what’s a frustrated taxpayer to do? First, there are tried and true ways to reduce tax where the likelihood of the GAAR applying is extremely low. Take advantage of those ideas (many of which I’ve written about in this space over the years). Second, understand the three conditions – established by the Supreme Court of Canada – that must be met for the taxman to successfully apply the GAAR.

Although the GAAR was introduced in 1988, it wasn’t until Oct. 19, 2005, that the Supreme Court handed down its own landmark decisions dealing with the GAAR in two cases: The Queen v. Canada Trustco Mortgage Co., and Mathew v. The Queen.

The top court addressed the relationship between tax avoidance and the GAAR by stating that the old Duke of Westminster principle that taxpayers can manage their affairs to minimize tax still applies, but it must be balanced against the GAAR, which has been “superimposed” or “engrafted” onto the principles found in the Duke of Westminster case.

The Supreme Court set out three conditions for the GAAR to apply. First, there had to be a tax benefit. This is a factual determination. In most cases, taxpayers will admit that there was a tax benefit to their planning, and the onus is on the taxpayer to refute this notion. If you can demonstrate that you didn’t obtain any tax benefit, you could escape the GAAR.

Second, there had to be an avoidance transaction. That is, the tax benefit you received had to result from a transaction, or series of transactions, where you were intending to avoid tax as a key motivator. If you can show (and the onus is on the taxpayer here to provide objective evidence) that the transactions were undertaken primarily for bona-fide non-tax reasons, GAAR might not apply in your case.

Each year, there are approximately six to 10 court cases dealing with the GAAR. To date, there have been 88 court cases decided on the GAAR, and the taxman has won 45 while taxpayers have won 43. It’s a close race (see the website gaarmageddon.com). The moral of the story? Make sure you’re aware of the three conditions for the GAAR to apply, to avoid a battle that you may have, at best, a 50/50 chance of winning.

Donor-advised fund can be used to establish charitable legacy, experts say
May 27, 2019 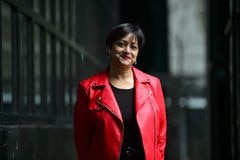 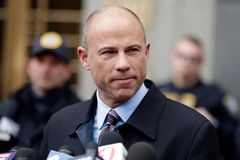 Judge rules against Trump, paves way for banks to provide his business records to Congress Subscriber content
May 22, 2019 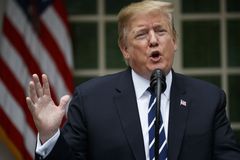