They say that the cure for boredom is curiosity. And in case you’re curious, here’s a list of what has changed in the last year that might affect your 2018 tax filings in the next few weeks:

Personal tax rates and brackets. Federal personal tax rates remained unchanged for 2018 with the exception of taxes on non-eligible dividends. (“Non-eligible dividends” are typically dividends paid by a private corporation from income that has been taxed at the low small business rate; this rate increased to 26.64 per cent, up from 26.3 per cent.) Federal tax brackets were adjusted upward by 1.5 per cent for 2018 for inflation.

Automobile deductions and benefits. Employers can pay, and deduct, tax-exempt allowances to employees who use their personal vehicles for work. The limit was increased for 2018 by one cent to 55 cents a kilometre for the first 5,000 kilometres driven, and 49 cents a kilometre above that (four cents higher in the Northwest Territories, Nunavut and Yukon).

Medical expenses and specialty animals. Beginning in 2018, it’s now possible to claim expenses incurred for an animal specially trained to perform tasks for a patient with a severe mental impairment. This change applies to eligible expenses incurred after 2017.

Climate Action Incentive. New for 2018 is a refundable tax credit (on Line 449 of your tax return) called the Climate Action Incentive, which can either reduce your taxes owing or can be refunded to you. Complete Schedule 14 to claim this amount. Only residents of Saskatchewan, Manitoba, Ontario and New Brunswick are eligible. (It’s designed to offset the federal carbon tax that people living in these provinces will pay beginning in April.)

Voluntary disclosures. The Voluntary Disclosure Program (VDP) allows taxpayers to correct inaccurate or incomplete information, or to come clean by disclosing information not reported previously in tax filings. The VDP program was revamped effective March 1, 2018, making it more difficult to gain relief from penalties or possible persecution for past errors or omissions. Speak to a tax pro if you’re thinking of making a voluntary disclosure.

Corporate passive income. The first $500,000 of active business income earned by a CCPC is eligible for a small-business deduction and a lower tax rate (10 per cent federally in 2018) than income over this threshold. The 2018 federal budget reduces this $500,000 small-business limit by $5 for every $1 of passive investment income (called “adjusted aggregate investment income”) earned by the corporation (or an associated corporation) over $50,000. This means that the small-business limit will disappear once passive income reaches $150,000 in a year.

Tax on split income. In 2018, the federal government finalized new tax rules designed to prevent business owners from paying dividends and certain other amounts to family members to split income in many situations. Every business owner needs to reassess how he or she is drawing income from their business, and how family members are receiving income. The rules are so complex that, no kidding, many accountants aren’t clear on how they work. Let’s hope that common sense eventually prevails and that, in the name of simplification and fairness, these rules go the way of the dodo bird one day.

Refundable dividend tax on hand. CCPCs pay taxes on investment income, some of which may be refundable to the corporation later (called Refundable Dividend Tax on Hand, or RDTOH) once certain dividends are paid by the CCPC to its shareholders. In 2018, the federal budget limited the ability to claim a refund of RDTOH by only allowing the refund where the corporation pays non-eligible dividends, with some exceptions.

Capital cost allowance. In the fall economic statement on Nov. 21, 2018, the government announced measures to allow businesses to accelerate the capital cost allowance (depreciation) that can be deducted in the year a capital asset is purchased. Under the new rules, you’ll be able to claim three times the amount of CCA in the first year of owning a newly acquired asset as you were able to claim on assets acquired prior to the Nov. 21, 2018, statement. 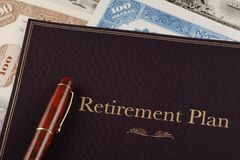 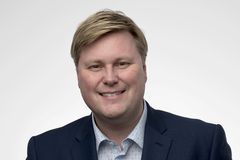 RRSP or TFSA? Here’s how to know which plan makes the most sense for you this year
February 1, 2019 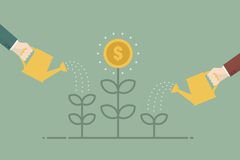