Dental hygienists have a tough job. I recall hearing a dental hygienist talk about cellphones becoming a problem while working on patients. Apparently, some people insist on using their cellphone while the hygienist works in their mouths.

That’s a tough job. Today, it’s an even harder job to be asked to work in people’s mouths during COVID-19.

We have a good friend, Debra, who is back at work as a dental hygienist today. She told us she’s thinking of taking a sabbatical since she’s not very comfortable with her work these days. The interesting thing is, she’s been contributing to a plan at work that will allow her to take a paid leave of absence. It’s called a Deferred Salary Leave Plan (DSLP), and any employer can set one up. Let me explain.

A DSLP is a formal plan that can be set up by your employer to allow you to set aside a portion of your pay each year for a certain period of time, and to then take a leave of absence with pay. The money set aside in the plan is used to pay you during your time off.

Your employer will have to ensure this plan is in writing and, if it’s set up properly, you won’t be taxed on the amounts you set aside until you receive those amounts later during your leave. Our tax law (specifically Income Tax Regulation 6801 – if you really want to know), spells out the terms that the arrangement will have to adopt.

Specifically, the main purpose of the plan must be to allow you to fund a leave of absence by deferring some of your salary, and not to provide you with money after your retirement. Further, you can’t set aside more than one third of your pay in any given year.

The plan will have to be set up so that you can’t make withdrawals from the plan early (accessing your deferred salary), except in special circumstances such as financial hardship – which could be the case for some today because of COVID-19. Your leave of absence has to be for a period of at least six months (or three months if your leave is to attend a designated educational institution full-time) and your leave must begin no later than six years after the date on which you begin to set aside part of your pay in the DSLP.

As for payments out of the DSLP, you’ll face tax on those payments in the year you receive them. Another rule is that your employer can’t pay you other compensation while you’re receiving payments from the plan, other than reasonable fringe benefits. As the money is set aside in the DSLP it will likely be earning some interest, which will be taxable to you each year as it’s earned. Be aware that the amount in the plan must be paid to you no later than Dec. 31 of the year following the year in which your leave of absence begins. So, if you were to begin your leave in 2020, you’d have to receive the full amount in the DSLP no later than Dec. 31, 2021.

One more important point: After your leave of absence is over, you’ll have to return to work for a period at least as long as your leave. If you fail to do this, the taxman will tax you on that deferred salary as though you received it in each of the prior years when you were setting aside the money in the DSLP.

If you’ve been contributing to a DSLP and are now facing financial hardship owing to COVID-19, you may be entitled to make withdrawals from your DSLP before you take a leave of absence. Or, perhaps you can start your leave of absence today and receive the funds in the plan over the next several months.

Another concern that has arisen is that employees may not be able to start their leaves of absence before the six-year maximum deferral period is over, perhaps because they are health care or other essential workers, or planned to use their leave of absence for travel but can’t, because of travel restrictions.

On May 14, the taxman issued a Technical Interpretation saying that, while it can’t extend the six-year period for taking a leave because the law states that six years is the maximum deferral, the Canada Revenue Agency has asked the Department of Finance to review this rule. Further, as an administrative position, the taxman won’t require a DSLP to be terminated if the leave of absence is deferred past the six-year maximum period, regardless of the reason for the deferral. Bottom line: The taxman, as a practical matter, will extend the six-year period to allow for leaves of absence that can’t start on time.

How to generate tax relief while doing landscaping during the pandemic
July 2, 2020 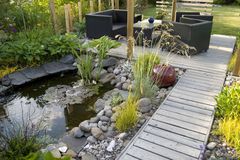 Education during the pandemic can provide tax relief
June 25, 2020 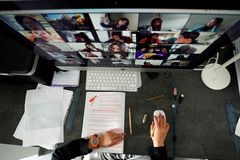 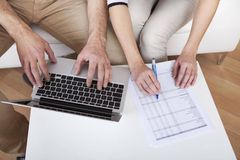