Michael and Kristina, Canadian citizens living in Toronto, finalized their wills and named each other as their beneficiary and executor, and their older child, Brenda, as the alternate executor and trustee upon the passing of the second spouse. The wills included 1) a special discretionary trust for 50 per cent of their estate for their younger special-needs child, Jon, to ensure that his inheritance will not disqualify him from receiving Ontario Disability Support Program benefits and 2) an outright bequest to Brenda for the other 50 per cent of their estate.

So, where does this story go wrong? Brenda has now relocated to New York. Let’s look at examples of some of the hurdles that Brenda, as a U.S. resident, may face while attempting to administer the estate of the second to die of Michael and Kristina. (All names are pseudonymous.)

Since Brenda is a resident of the United States, before applying for probate she will likely need to secure a foreign executor’s bond for an amount equal to up to twice the value of the estate’s assets. This type of expensive bond is put in place to protect the beneficiaries and creditors of the estate and to ensure that the foreign-resident executor administers the estate properly and honestly.

The alternative is for Brenda to petition the court for an order to dispense with the bonding requirement. This process can be time consuming, would result in additional legal fees and is not guaranteed to succeed.

While making arrangements to file the proper tax returns and pay any debts, and waiting for clearance certificates from the Canada Revenue Agency, she should make sure that the estate funds are being invested properly. Her next hurdle comes up after her late parents’ bank advises that they are not permitted to take instructions from her because she is a non-resident. This could mean that the estate’s investments accounts are left stagnant for a period of time and may lead to potential losses. There is no easy solution here, which is why it’s not advisable to have a non-resident as a trustee.

Hurdle No. 3 – residence of trusts

In Canada, the residence of a trust is based on where the “central management and control” takes place. The CRA considers estates to be trusts for income tax purposes. Since Brenda resides in New York and is appointed as the sole executor and trustee, there could be a strong argument that the “central management and control” takes place in New York, and the estate would be a non-resident trust resulting in additional tax filling and expense on both sides of the border.

Hurdle No. 4 – loss of the qualified disability trust

Jon’s special discretionary trust could provide him additional tax-saving benefits as a qualified disability trust (QDT). To qualify as a QDT, Jon’s trustee must be a resident of Canada for the entire year. However, if Brenda was appointed even for just one day before resigning and appointing a Canadian resident trustee to act in her place, the trust set up for Jon could lose its eligibility as a QDT for that entire year. To avoid this issue, his parents could appoint a Canadian trustee in their wills for Jon’s QDT prior to their deaths.

As Brenda would have signing authority over the estate’s bank account(s) located in Canada, she would have to file an annual Report of Foreign Bank and Financial Accounts (known as FBAR) to the U.S. Department of Treasury’s Financial Crimes Enforcement Network where the estate accounts exceed US$10,000. In addition to the cost of filing, if Brenda fails to file the FBAR on time, absent a reasonable cause, the penalties could range from US$10,000 per account for non-willful (i.e. ignorant) failure to file, to 50 per cent of the account balance up to US$100,000 a year for willful failure to file.

Leaving 50 per cent of their estate outright to Brenda, a U.S. resident, exposes her inheritance to U.S. estate tax, claims of a divorcing spouse and creditor claims. These risks could be avoided by creating a dynasty trust for Brenda in the Ontario wills of Michael and Kristina. A dynasty trust would be a U.S. trust funded with Brenda’s inheritance when her parents have both passed away. It would protect Brenda as a U.S. resident from IRS estate tax exposure, creditor claims and claims from an ex-husband as the inheritance is never commingled with marital assets in the dynasty trust.

Any time there are Canadian residents with children residing in the United States, it is prudent to have your wills revised again to ensure that there are no unnecessary hurdles in settling the estate.

Matt Altro is president and CEO of MCA Cross Border Advisors Inc. and a certified financial planner in Canada and the U.S. David Altro is managing partner of Altro LLP, which specializes in cross-border tax and estate planning, real estate and immigration. Zaina Kottis is an associate at Altro LLP. 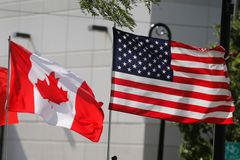 Ten tax issues and opportunities with your cottage to watch out for
June 6, 2019 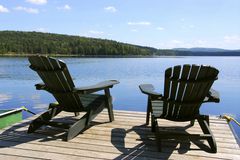 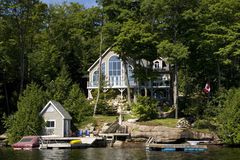