I love the game Monopoly. From time to time, I’ll play the game with my kids, excited to be teaching them the art of negotiation and basically accumulating wealth at the expense of all those around me. Having said this, I agree with joke blogger Kent Graham that Monopoly game pieces should be reflective of how long it takes to play the game: A doctor’s waiting room chair, or a road construction pylon would be appropriate.

My favourite card in the deck of Community Chest cards in the game of Monopoly is the one that says: “Bank error in your favour, collect $200." Except that it rarely happens in real life. Today I want to share the true story of a man, Mr. G, whose financial institution made an error related to his tax-free savings account – but not in his favour, because it led to a court challenge with the Canada Revenue Agency. We can learn a few things from his plight.

In 2014, Mr. G wanted to open a TFSA account at a new financial institution, so he withdrew $5,500 from an existing TFSA account and immediately contributed those funds to the TFSA at the new institution. The Canada Revenue Agency (CRA) recognized this as an overcontribution because Mr. G was not entitled to recontribute the withdrawn amount to a TFSA until 2015. That’s how the recontribution rules work. So, the CRA assessed an overcontribution penalty of $440. Mr. G objected and requested a waiver of the penalty and interest, which CRA granted to him in 2014.

After a few months, in June, 2016, Mr. G decided that he wanted to split his TFSA at the new financial institution into two separate TFSA accounts. So, he called his financial institution and gave directions over the phone to split the accounts, but these directions were mistaken for an order to contribute $10,000 to a new TFSA account. So, Mr. G ended up with $30,000 of contributions to his TFSA for 2016, and excess contributions of about $20,000.

Mr. G didn’t notice the excess contributions until he received an assessment from CRA in July, 2017. When he discovered the problem, he withdrew the excess $20,000 from his TFSA. The CRA assessed a penalty of $1,785 under our tax law. Mr. G requested relief from this penalty, but was denied that relief in a letter from the CRA in September, 2017. He requested a second review. In May, 2018, he was again denied relief because he was a “repeat over-contributor,” according to the CRA.

In the end, Judge Keith Boswell of the Federal Court (2019 FC 1031) sided with Mr. G. The overcontributions arose owing to a miscommunication between Mr. G and his financial institution, and were outside of his control. The fact that he had caused overcontributions to his TFSA in 2014 was not connected to the question of whether relief should be granted regarding the overcontributions in 2016. So, the judge viewed the CRA’s categorization of Mr. G as a “repeat over-contributor” to be unjustified.

The judge ordered the decision of the CRA in May, 2018, to be set aside and for the matter to be returned to the CRA for redetermination by a different CRA employee.

What takeaways are worth noting from Mr. G’s story? Here are a few things to consider:

A primer on the first-time home buyer credit, and some things to consider
September 5, 2019 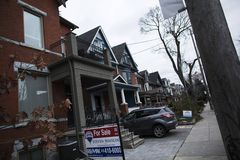 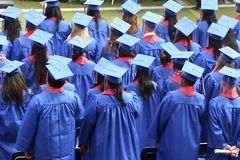 Take maximum advantage of an RESP for your children – and grandchildren Subscriber content
August 15, 2019 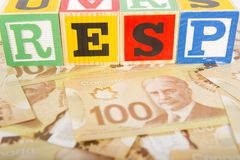