Long-term care homes have been in the news ever since COVID-19 became a pandemic – for all the wrong reasons. Despite the challenges these homes have had in controlling the outbreak of the virus, they play a vital role in looking after seniors across the country and, with an aging population, more and more families will need to rely on these homes to help care for parents and grandparents.

Scott is a good friend of mine, and he was faced with the need to move his mother into a long-term care facility last month. And this family isn’t alone. The Conference Board of Canada has estimated that by 2026 more than 2.4 million Canadians who are 65 and over will require paid and unpaid continuing care support – up 71 per cent from 2011. Some of these folks will sell their principal residences when they move to a residential care facility, but others would prefer to keep their homes.

What happens from a tax point of view when someone moves out of a principal residence but chooses to keep the place? Can it be sold tax-free later?

Our tax law says that you may be entitled to claim the principal residence exemption (PRE) to shelter all or part of a gain on the sale of a home if you “ordinarily inhabit” the residence. This “ordinarily inhabit” requirement applies on a year-to-year basis, so if you stop living in the home in a given year, it’s possible that a portion of any growth in value of the home could be taxable on a sale later.

Scott’s mother could even chose to rent out her home while living in the residential care facility, and her home could still be considered her principal residence if her stay at the facility is considered temporary, and she doesn’t make any structural changes to her home to allow for renting the place. She’ll also have to avoid claiming capital cost allowance (CCA) on the home when reporting her rental income if she wants to continue calling it her principal residence.

If Scott’s mother does choose to rent her home to others, she will likely trigger the “change in use” rules in our tax law. These rules will deem her to have sold her residence at fair market value on the date of the change in use, and to have reacquired the property at that value on the same date. She may be able to use her PRE to shelter a gain from tax on this change in use. Alternatively, she can choose to make a special election to avoid this deemed disposition when changing the property’s use to a rental. Making this election will allow her to designate the property as her principal residence for up to four more years beyond the change in use.

After my conversation with Scott, it’s clear that his mother is moving permanently to the long-term care residence. They’ve made the decision to rent out his mother’s home. They’ll file the special election (which is simply a letter attached to her tax return) allowing her to continuing calling the property her principal residence for four more years. At the end of four years, the change in use rules will apply and his mother will use her principal residence exemption at that time to shelter from tax the gain on the property up to that date. Scott’s view is that the rental income will help to cover some of the costs of his mother’s stay in the long-term care residence.

If they were to choose to not rent the home, they’d forgo the rental income, but there would be no deemed disposition in four years. Rather, that disposition would take place when they actually sell the home, or when his mother dies – whichever comes first. And when that eventual disposition does take place, a portion of the gain will be taxable since she is no longer ordinarily inhabiting the home.

As an aside, if a child moves into the home of a parent who moves out, the home will be considered “ordinarily inhabited” still – which can preserve the PRE to allow for a tax-free sale later.

Analysis
The nuances of CERB are becoming clearer with time
July 19, 2020 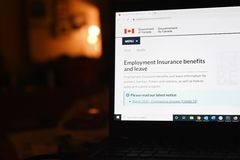 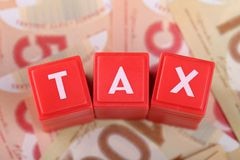 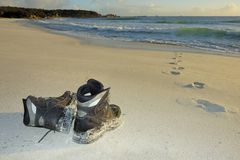