In February of last year, guests at the Macdonald Loch Rannoch hotel, about 2½ hours north of Edinburgh, were forced to flee the hotel at about 2 a.m. when one Robert Fergus ran through the lobby naked, with a pair of scissors in his hand, smashing through a pane of glass and threatening to kill onlookers. It turns out he was upset when his wife, who banged on another guest’s door in the middle of the night after she drank too much, was confronted by hotel staff. The couple packed up, drove away and flagged down a police officer to complain about abusive hotel staff. Mr. Fergus failed a breathalyzer test and the couple were eventually sentenced on Sept. 1 for their behaviour.

My aunt and uncle are visiting Loch Rannoch this summer. After reading about the Ferguses, they’ve decided to stay at an Airbnb rather than a hotel. We started talking about Airbnb, and digital business models more generally. There are a growing number of people getting involved in the “sharing economy” by offering their own homes to short-term renters, or driving for Uber, among other things.

The sharing economy has caused some challenges for governments since most tax and legal frameworks are still largely built around the traditional economy. But it’s clear that tax authorities are catching up. In fact, these online sharing platforms may end up serving as the taxman’s eyes and ears. Here are a few thoughts to consider if you’re going to be involved in an online sharing platform.

What is the “sharing economy”? It can be defined as a marketplace where assets or services are shared between private individuals, either free or for a fee. “Sharers” generally find each other through an online platform, allowing them to rent or hire a variety of items, which can include cars, homes, or even driveways.

The sharing economy has touched the transport and hospitality sectors primarily. But an increasing number of areas are growing quickly, such as finance, on-demand household services (dog walking and dry-cleaning for example), health care, retail and legal services. In fact, a recent study by PwC for the European Commission predicts that, in Britain alone (a growth leader in the sharing economy), the total value of transactions in this new marketplace will grow from £7.4-billion ($12.8-billion) in 2015 to £140-billion by 2025.

There are a lot of questions around how the sharing economy should be taxed – from income taxes to GST/HST, and a range of other levies such as tourism-related taxes. Most sharing platforms have ignored taxes until now, and governments are concerned that users of these platforms are not reporting income they’re earning. But that’s starting to change. Governments are starting to find ways of ensuring that users of sharing platforms are paying their share of taxes.

In May, the Danish government announced it had entered into an agreement with Airbnb to ensure rental income earned by hosts is reported to the Danish tax authorities. And similar ideas are being considered in other countries. In Norway, for example, a public consultation that concluded on June 1 was focused on new reporting requirements for online platforms. And in France, Airbnb is now automatically collecting and remitting tourist levies to more than 15,000 French municipalities.

Here at home, our 2017 federal budget revised the definition of a “taxi business” under the Excise Tax Act to ensure that ride-hailing businesses are paying their share of GST/HST. Your Uber driver, for example, must register and collect GST/HST even if their annual revenue falls under the usual small-supplier threshold of $30,000.

If you’re earning income from an online sharing platform, recognize that you have a responsibility to report your income, and that the very platform you’re using will likely become the eyes and ears of the taxman in this regard here in Canada. You’re not getting a T4 slip as an employee from these platforms, so the onus is on you to report the income (generally filing Form T2125 with your tax return).

Don’t forget to claim all the expenses you can to reduce your taxable income from these self-employment activities. Some of these costs will be reported to you by the sharing platform (such as fees paid to platform itself), and others you’ll need to track (such as vehicle expenses, mileage, cellphone costs, promotional items for customers, cleaning supplies, repairs costs, insurance and so on). Basically, you can claim any reasonable costs incurred for the purpose of earning income from your business. 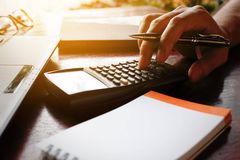 Tax breaks from insuring a child’s life can have cascading benefits
June 21, 2018 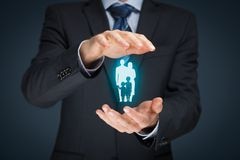 Make your travel costs deductible when you can
Subscriber content
June 14, 2018 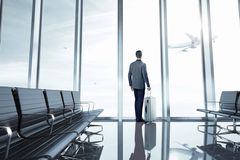