Patrick Brethour
Published May 31, 2021 Updated May 31, 2021
For Subscribers
Comments
Text Size
Please log in to listen to this story. Also available in French and Mandarin. Log In Create Free Account

In an old Saturday Night Live sketch, one character, needing a moment alone, tells another, “The Holy Roman Empire was neither holy, nor Roman, nor an empire. Discuss!”

Two of the flagship pandemic assistance programs for business have something in common with that punchline (a paraphrase of a Voltaire quote) in that their names don’t really match up to their reality.

Take the Canada Emergency Wage Subsidy program, which was designed to defray the cost of keeping workers employed. The program’s name might make it seem as if the government is paying money to workers, but that’s not so. It’s not a subsidy in the sense of reducing costs that businesses pay. In fact, it’s a rebate; companies pay their workers for a four-week period and then apply for payment afterward, in some cases, months later. And the rebate isn’t really for wages; it’s for payroll.

That is not a distinction without a difference. A program that was subsidizing wages, in other words, specific workers within a company, could have been much more tightly targeted. By choosing to use payroll expenditures as the mechanism, Ottawa opted for a much broader approach.

Then there is the Canada Recovery Hiring Program, with similar branding issues. As a recent Tax and Spend detailed, that program doesn’t actually require businesses to hire workers to qualify for payments. Headcount isn’t measured; payroll is, as is the case with the wage subsidy program. Yes, businesses qualify (subject to other conditions) if they hire a worker, so long as their overall payroll costs increase compared to a four-week period in the spring. But giving more hours to existing workers also meets the test. Economists say both of those actions are desirable and will help speed the rebound in employment.

But the program also provides for payments to businesses that simply give their workers raises, again assuming that payroll costs rise, and again, subject to certain other conditions, including a cap on the maximum salary per employee used to calculate subsidies. It’s hard to draw much of a connection between higher pay and revving up employment growth.

Ottawa hasn’t said why it chose this path. But Corinne Pohlmann, senior vice-president of national affairs and partnerships at the Canadian Federation of Independent Business, said in an interview that it would be complex to base subsidies on head count rather than payroll, and even more cumbersome to break down payrolls between new hires, increased hours and enhanced compensation. Taking that approach would add complexity, and slow down the application process, she observed.

As for the name, well, the Canada Incremental Payroll Payment Program might be more accurate, but it doesn’t have quite the same branding appeal.

There are a few thoughts to pursue in that. First, the kind of tax cuts that New Brunswick originally enacted last year to offset carbon pricing, reducing existing fuel taxes, really did blunt their effectiveness. That meant that the net new tax on a litre of gasoline was just two cents. But the province has abandoned that approach, allowing fuel taxes to rise. At the same time, a portion of new revenue is redirected toward reducing income taxes.

Are subsidies a better approach? First, the reader is right in pointing out that households that don’t pay income taxes won’t benefit from a reduction in rates. That’s why some economists say a hybrid approach that combines tax cuts with payments to lower-income households (even those that pay some income tax, perhaps) is an optimal approach. British Columbia used that hybrid model when it launched its carbon pricing in 2008.

But the case for subsidies also runs counter to one of the biggest arguments for carbon pricing, namely that increasing the cost of emissions will allow individuals and businesses to make their own decisions on how to respond to that added expense. Some may opt for more efficient appliances, better insulation, electric vehicles. Others might decide to reduce their use of fossil fuels by driving less. And others may decide to simply pay the additional tax. The point is, carbon pricing allows those choices to be made without the government’s intervention.

Subsidies run in the other direction. Even the broadest subsidy program will have to define what will qualify for reimbursement, meaning that the government is deciding which choices individuals and businesses should make.

And there’s one other major criticism of the subsidy approach – that they can end up paying for actions that would have been taken anyway, the free-rider effect. My colleague Adam Radwanski explored that critique last week in his examination of the new federal subsidy program that will pay Canadians up to $5,000 for energy-efficient retrofits to their homes.

Lastly, the case for income tax cuts is also about spurring economic growth. Lower rates provide an incentive to increase earnings, especially for lower-income households – and including those not yet making enough to pay income taxes.

Polishing the Crown jewels: Crown corporations account for as much of Canada’s GDP as the oil and gas sector, or all of Atlantic Canada. Despite their big footprint, those enterprises aren’t generating much of a return for the public, according to an analysis from Glen Hodgson at the C.D. Howe Institute. Crown corporations at the federal, provincial and local levels had total annual revenue of $162-billion in 2019, but posted a net operating loss of $400-million. They had assets of nearly $1.4-trillion in that year, but a net worth just under $22.9-billion. 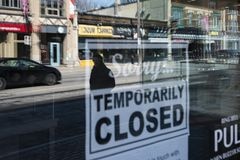 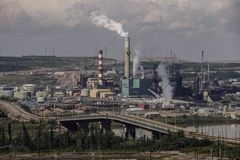 How the flaws in CEWS could set the stage for a pandemic profits tax
Subscriber content
May 17, 2021 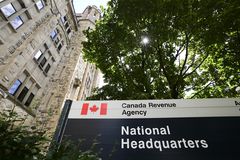