Did you know that, in Canada, paragraph 11(d) of our Charter of Rights and Freedoms ensures that we are “to be presumed innocent until proven guilty according to law in a fair and public hearing by an independent and impartial tribunal”? Good news, isn’t it? But wait. This Charter right doesn’t apply in the matter of taxes, where the opposite is true: You’re guilty until proven innocent.

I get it. The idea is that the burden of proving innocence is on the taxpayer because the taxpayer – and not the Canada Revenue Agency – has the information required to properly determine his or her tax liability. Except that this isn’t always the case. Let me share the story of Alan and Cindy Stewart, who battled the agency for 18 years when they were caught up in a CRA audit project.

Mr. and Mrs. Stewart are married, live in Northern British Columbia, and used to own and operate a small restaurant catering to construction workers. Alan is a welder by trade and had experience working in the oil patch. In 2000, the Stewarts were presented with an opportunity to invest in a trailer park development, which they believed was a sound idea based on their knowledge of oil and gas developments in the area.

The couple consulted a lawyer who provided legal advice about the investment, and confirmed that the investment was eligible to be held in their registered retirement savings plans (RRSPs). The promoters of the investment raised about $7-million from 119 investors, including the Stewarts. These investors advanced funds to a developer who was to build a trailer park. The funds were advanced as mortgages on the property, paying 12-per-cent interest. The problem? The developer stole the money and never did build the trailer park. The Stewarts lost $79,500 of their RRSP savings.

To add insult to injury, the CRA included the stolen amounts in the Stewarts’ income, and imposed gross negligence penalties to boot. You see, the CRA had an audit project on the go, where the department was trying to shut down “RRSP strip” schemes that would see taxpayers trying to pull money out of their RRSPs on a tax-free basis. The taxman assumed that the investment made by the Stewarts was just another one of these schemes – but it wasn’t. So, the Stewarts took the taxman to court (Stewart v. The Queen, 2019 TCC 22).

The CRA tried to argue, on three different grounds, that the Stewarts should face tax on the RRSP funds stolen from them. First, it was argued that they participated in a scheme to gain tax-free access to their RRSP funds and therefore should face tax under subsection 146(8) of our tax law. The judge recognized, as the CRA should have, that the Stewarts dealt at arm’s-length with the promoter of the investment opportunity. There was no collusion to somehow help the Stewarts withdraw their money from their RRSPs tax-free.

Second, CRA argued that their RRSPs acquired property (the mortgages) for an amount greater than fair market value, so the difference should be included in their income under subsection 146(9) of our tax law. This made no sense. When the 119 investors advanced the $7-million to the developer, there was $7-million of true value in the project (in the form of the cash held by the developer). CRA should have recognized this.

In January, 2019, the Tax Court of Canada judge allowed the Stewarts’ appeal, with costs.

CRA’s audit project around RRSP strips resulted in the reassessment of many taxpayers who were involved in various schemes. Appeals to the Tax Court of Canada, including the Stewarts’ case, were stayed – to allow for resolution through the use of lead court cases. The problem? The CRA refused to consider the Stewarts’ case as unique – but it was.

The Stewarts’ case should never have made it to court. This case dragged on for 18 years and the true costs faced by the Stewarts – the emotional toll and stress – cannot be repaid. While audit projects are understandable, the CRA has to do a better job at identifying those cases that should not be caught in the audit project net. In this case, it was either auditor incompetence or stubborn refusal to acknowledge the facts that led to this 18-year ordeal. Neither is acceptable.

Leveraged investing can boost returns - but do it prudently
July 11, 2019 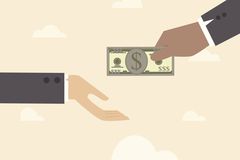 Forgiving loans in your will can be effective
June 28, 2019 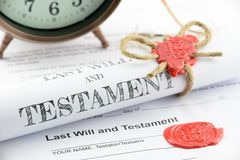 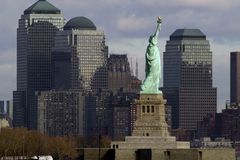