I like the advice provided by comedian Jay Leno on the issue of taxes: “Worried about an IRS audit? Avoid what’s called a red flag. That’s something the IRS always looks for. For example, say you have some money left in your bank account after paying taxes. That’s a red flag.”

Our version of the U.S. Internal Revenue Service, the Canada Revenue Agency, will have another red flag to look for on the tax returns of Canadians if the Liberals make good on a promise made this week in their election platform. The party announced that it will impose a 15-per-cent minimum tax on the highest income earners – those earning more than $216,511 in 2021. Evidently, the aim is to eliminate the “ability to artificially pay no tax through excessive use of deductions and credits” according to the proposal.

This 15 per cent would be a federal tax, of course, so the actual rate of tax paid by these folks would be higher after adding provincial or territorial taxes.

Now, nobody is suggesting that high-income Canadians should complain about a 15-per-cent federal tax rate – and they’re not. The reality is, almost all high-income Canadians are paying significantly more than this in taxes annually – even after claiming the most in tax deductions and credits available. I mentioned recently that the Fraser Institute has calculated that the top 20 per cent of income earners in Canada pay 63.2 per cent of all personal income taxes and the bottom 20 per cent of income-earning families pay 1 per cent of those taxes. High-income earners are already paying their fair share.

There are several problems with the proposed minimum tax announced Wednesday. Let me share the key issues.

Redundant given the AMT

Our tax law already penalizes those who might take advantage of excessive deductions and credits to reduce taxes below an acceptable threshold. This is done by way of the alternative minimum tax (AMT). The most common situations that give rise to the AMT are reporting capital gains on your tax return, claiming losses resulting from capital cost allowance on rental properties, limited partnership losses, carrying charges (such as interest expenses), stock option deductions, losses from resource properties (such as flow-through shares), and federal dividend tax credits, among other things. Guess what? The list captures all the key types of situations that high-income Canadians may experience in their tax filings that give rise to lower effective tax rates for them. The AMT can effectively be “returned” to the individual later in the form of a tax credit – but only once their taxable income is high enough.

The highest-income Canadians have most of their wealth stored in three types of assets: real estate, private businesses and marketable securities. These assets often afford favourable tax treatment in the form of capital gains tax rates when the assets are sold, the lifetime capital gain exemption (LCGE) to shelter gains on private company shares, and enhanced tax savings when investments are donated to charity. These are some of the largest tax preferences utilized by these high-income Canadians, and these tax preferences are there to provide incentives to Canadians to start businesses, provide housing and donate to charity – all very good things. These are the same tax preferences that the Liberals are offended by and are going to penalize by applying the 15-per-cent minimum tax.

The Liberals have estimated that the additional tax revenue to be raised from this minimum tax is $1.7-billion over five years – an average of $340-million a year. The Liberal platform estimates federal deficits continuing for the foreseeable future with no timeline for erasing the deficit. And that deficit will be as high as $156.9-billion this year. The deficits will be $14-billion higher per year, on average, than the pre-election forecast made by the Parliamentary Budget Officer in August. Adding $340-million to the coffers through this proposed minimum tax will do virtually nothing to reduce the deficit or shrink the federal debt. What it may do is potentially change the behaviour of high-income earners when it comes to their investment decisions and gifts to charity. The whole thing is a bad idea.

Look, we’re in the middle of an election campaign. All parties want to appeal to voters by announcing what they stand for – I get it. But when it comes to taxation, policies have to make sense – particularly coming out of a pandemic that has fundamentally changed the financial lives of so many Canadians and has left our country in a mountain of debt. 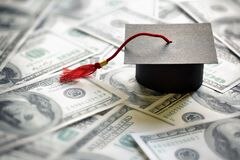 A wealth tax will only end up disappointing Ottawa
August 19, 2021 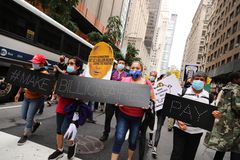