My good friend Mike started working in his family’s business recently. “Mike, how do you like it so far?” I asked.

“Tim, my oldest cousin, is the president of our company. When I started last month he took me aside and told me that, because we’re family, I shouldn’t think of him as my boss,” Mike said.

“That was nice of him,” I replied.

“Yeah, he told me I should instead think of him as my cousin who can fire me.”

Mike’s family have always had a good sense of humour.

The family is spending time these days figuring out how to transfer ownership of the business to Mike’s generation. The crazy thing is, up until now, transferring a business from one generation to the next in Canada has been less attractive from a tax point of view than selling the business to an unrelated third party. But things are changing.

When a business owner sells or transfers shares of their corporation to an unrelated third party, this transaction typically causes the owner to realize a capital gain on the disposition of their shares – assuming the business has appreciated in value over time. Capital gains treatment can be attractive because capital gains are taxed at lower rates than regular income or dividends. Even better, where the shares are qualified small business corporation shares or shares of a family farm or fishing corporation, the owner may be entitled to claim the lifetime capital gains exemption (LCGE) to shelter all or part of the capital gain from tax.

There’s been a problem, however, in cases where a business owner has wanted to sell or transfer their shares to another corporation that is not at arm’s length to the business owner. So, if the owner wants to, for example, sell their shares to a corporation owned by their children or grandchildren, section 84.1 of our tax law denies capital gains treatment to the owner. Instead, our tax law will treat the capital gain as a dividend. The result? The tax owing is higher than if the business was sold to an unrelated party since dividends are taxed at higher rates than capital gains. To add insult to injury, the owner can’t claim the LCGE when the capital gain is taxed as a dividend, which results in even more tax than if the business were sold to an unrelated party.

Our current tax law is also problematic when it comes to siblings who may own a business together but decide that they’d like to split up the assets of the corporation into separate corporations for each of them. Section 55 of our tax law can allow for this type of reorganization when the owners are related, but oddly enough, siblings are deemed not to be related under section 55. This prevents siblings from dividing up the assets of a corporation on a tax-free basis if they want to, while unrelated shareholders could do just that. This makes no sense.

It’s not often that a private member’s bill proposes changes to our tax law that actually become law. Yet, Bill C-208, an Act to Amend the Income Tax Act (transfer of small business or family farm or fishing corporation), sponsored by Conservative MP Larry Maguire, was introduced last year and is designed to fix the problems with sections 84.1 and 55 of our tax law to allow for transfers of businesses without the disadvantages I’ve mentioned above.

On the third reading, Bill C-208 received unanimous support from all parties except the Liberal Party (although several Liberal members did vote for the bill), and the bill made its way to the Senate where it passed third reading on June 22 and is expected to receive royal assent shortly.

Bill C-208 will fix the problem by changing section 84.1 so that the seller and the purchaser corporation are considered to be dealing at arm’s length if the purchaser is controlled by one or more children or grandchildren. This will allow for capital gains treatment on the transfer. The revision does require that the purchaser corporation own the shares of the business for at least five years, and includes some other conditions, to avoid any abuse of the new rules.

Bill C-208 also fixes the section 55 problem by ensuring that siblings are considered related for purposes of divisive reorganizations that meet certain criteria.

If you’re a business owner who has been contemplating how to pass your qualified small business corporation shares or family farm or fishing corporation to the next generation, it’s time to speak to a tax pro about your options. Bill C-208 will become law soon, which will open the door to new planning. 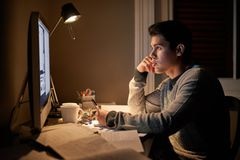 Selling homes frequently can lead to grief from the taxman
June 10, 2021 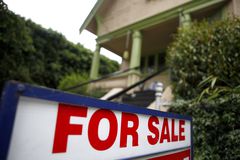 Renting out your cottage could have tax implications
June 3, 2021 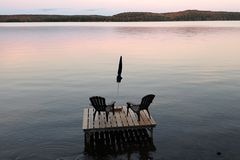