A bias against singles is built right into our tax system, but almost no one besides Jane Robertson is talking about it.

“You never hear from single people,” said Ms. Robertson, who at the age of 83 is building a new organization called Single Seniors for Tax Fairness. “Every other group in the world is smart enough to get together. It must go with the territory – we’re so used to being lone operators that we just put up with things rather than gathering together and saying, you know what, we’ve got a raw deal here.”

Last June, while most of us were thinking about finding some relief from pandemic lockdowns in the summer sunshine, Ms. Robertson began writing politicians and seniors’ organizations to get their support for her cause. Asked for a progress report, she was succinct. “I’m used to making cold calls and getting little response.”

With the help of a friend of her niece, Ms. Robertson has taken her cause to the internet. She’s gathering names for a petition and looking for donations. Asked for her top examples of tax discrimination against solo seniors, she listed pension income splitting and the capital gains tax exemption on the sale of a house qualifying as a principal residence.

Ms. Robertson’s story may help you better understand how singles get the raw deal she spoke about. She never married and has no children. She’s a lifelong renter who worked as a teacher and then became an entrepreneur by using her skills delivering high school English classes to help companies improve their business writing skills.

“In my books, the business was quite successful,” Ms. Robertson said. “I had three or four part-time staff, an office and I loved it. We had wonderful clients – banks and insurance companies.”

It was when she retired in 2001 that she began to understand how the tax system discriminates against solo seniors. Her No. 1 example is pension income splitting, which allows a higher-income spouse to shift up to 50 per cent of eligible pension income (workplace pension, annuity, registered retirement income fund proceeds) to a lower-income partner. A higher-income spouse can save a lot on taxes if he or she is able to move to a lower tax bracket as a result of income-splitting.

Being able to lower your income as a senior for tax purposes provides an additional benefit in helping to maintain eligibility for the age amount tax credit. The age amount for 2021 is calculated as a maximum of 15 per cent of $7,713, or $1,157, and it’s reduced for incomes above $38,893 before disappearing with income over $90,313. Lowering taxable income also helps seniors keep the full amount of their Old Age Security benefits. OAS clawbacks start with income at $79,845 for 2021.

Ms. Robertson says the capital gains tax exemption on the sale of a principal residence is another example of discrimination against single people. It’s not like singles couldn’t buy houses when she was working – several of her single friends are homeowners.

But in today’s housing market, rising prices are making it hard even for couples to build a down payment and afford mortgage payments. If singles are priced out of the market, they’re denied the opportunity to sell a house that has appreciated in value and pay no tax.

Ms. Robertson wants equality for singles to be achieved without removing benefits for couples. For example, the government could offer single seniors the full age amount tax credit, regardless of income.

So far, her campaign has generated a few radio interviews and this column, plus some moral support from a seniors advocacy group called CanAge. “When you look at some of the privileges that spouses have for each other, it does have a negative impact if you’re a solo person,” said Laura Tamblyn Watts, president and chief executive at CanAge.

Ms. Robertson said the tax burden on singles is symptomatic of a bigger issue surrounding how society celebrates couples and discounts singles. “We’re really discarded in society, not only economically but socially, too. But that’s another story.” 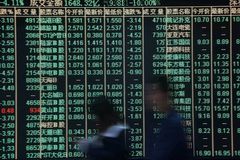 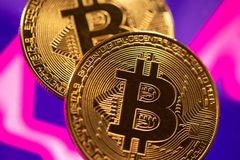 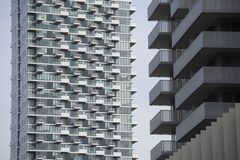