Perhaps you’ve heard the story of the wealthy businessman who was a penny pincher. He was notoriously frugal. A charity in his town was hoping that he’d make a large contribution to their cause. The director of the charity called the man and said: “I understand you’ve had incredible success in your business, yet we’ve never received a donation from you. Would you make a donation this year to help our community?”

The man replied: “Are you aware that my mother is very sick, with expensive medical bills?” “No, I didn’t know that,” the director replied. “And do you realize that my sister’s husband died, leaving her family in dire financial straits?” “Uh, I had no idea,” the director said.

“So,” the man continued, “if I’m not giving them any money, what makes you think I’ll give any to you?”

As we near year-end, thoughts of helping others and gaining tax relief from charitable donations comes to mind. While there aren’t too many who are as Scrooge-like as the businessman in the story, we Canadians are not as generous as we might think.

According to Statistics Canada, there were 26.4 million tax filers in Canada in 2016 (the most recent year for which data are available). Of these tax filers, 5.4 million, or 20.5 per cent, claimed donations on their tax returns. Now, I realize that smart taxpayers will claim all the donations on one spouse’s tax return to maximize the tax savings, so the actual percentage of households that made donations will be higher than 20.5 per cent. But it’s safe to say that well more than half – and likely two thirds to three quarters – of Canadians did not donate to charity – or at least claim donations on their tax returns.

How much did we donate in 2016? Total donations based on tax filings amounted to $8.9-billion. Sounds pretty generous. But the median donation was just $300 on median income of $59,360. So, we donated about half a per cent (0.504 per cent) of our income to charity at the median (which means that half of donors donated less than this amount, while half donated more than this).

By comparison, according to the Internal Revenue Service (IRS) in the United States, our cousins south of the border donated, on average, 3.4 per cent of taxable income to charity. There’s a big gap between the percentage of income donated by Canadians and Americans. I believe it’s a cultural thing. In the past, our government has stepped up to help our communities more than it does today. We now need to fill in the gap.

I want to finish with a true story. A number of years ago, my wife and I went on a Caribbean cruise and took our kids with us when they were very young. We stopped in St. Thomas in the U.S. Virgin Islands and were having lunch at a seaside café. Next to us was a parrot sitting on a perch. No cage. No tether. He was just sitting there. My son, Win, asked: “Daddy, why doesn’t the bird fly away?”

Good question, I thought. So, we spoke to the parrot-keeper who explained it to us. “I’ve trained the parrots so that they only feel safe when they are holding tightly to the perch. If they let go of that perch, they think they’ll be in danger.”

As Canadians, some of us are like that parrot. We hold tightly to our money, believing that it represents our safety and security. If we let go of our money, we’ll end up in danger financially – so we think. The reality is, the parrot is as free as any bird could ever be. All he needs to do is let go. It’s no different with our money. Which person will experience greater financial freedom: The one who holds tightly to his money, always worried that he won’t have enough, or the person who lets go and gives freely and learns that he has more than he needs?

There are many very generous people in this country. Many donate their time – which is critical. But charities need financial resources, too. It’s not how much we give that matters, because the dollar number that represents a financial sacrifice for each of us is different. It’s the act of giving that matters.

Next time I’ll share more thoughts on how to make your giving more meaningful. If you’re going to give, you might as well make sure you’re having an impact, enjoying the process and saving taxes at the same time. 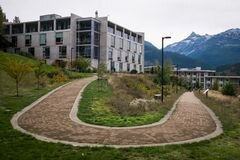 A dozen tax tips for the fourth quarter
September 27, 2018 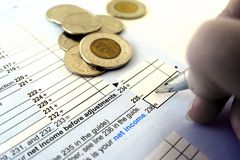 How to handle four embarrassing money moments, like dining with a cheapskate
September 18, 2018 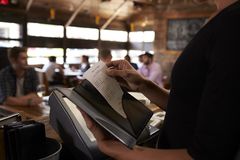