This is the first story in a nine-part series on the emerging wave of new-generation technology that monitors our health and wellness.

It used to be that people would brag about how little sleep they could get by on: Domestic diva Martha Stewart said she could run her empire on fewer than four hours a night, and Thomas Edison, the inventor of the light bulb, said he slept for no more than five.

But a growing recognition of the importance of sleep and the technological ability to monitor one's sleep from the comfort of home have friends and colleagues competing to see who can get the most quality Zs.

Cathy Barrick, chief executive officer of Alzheimer Society of Toronto, says she and her office mates routinely compare sleep reports from their personal sleep monitors. They wear Fitbits, Jawbones or other devices that slip around one's wrist or under a pillow, monitoring things such as movement, heart rate and even body temperature.

"We definitely talk about it at work," says Barrick, who wears a Fitbit Flex, a bracelet that tracks distance walked, calories burned and hours of sleep, then sends that data to a computer or smartphone for the wearer to review. "When you wake up in the morning you're excited to look at the data and find out how you slept."

It's pretty obvious to people when they've had a good or bad night's sleep: They're either rested or sleepy. But having a chart that shows a pattern of late bedtimes, midnight wake-ups or deep sleep interrupted by an early alarm is what these data-driven sleepy heads crave.

More sophisticated devices monitor heart rate and motion together. Without requiring the wearer to indicate she's going to bed, the monitor assumes the wearer is asleep if it's immobile for one hour and the wearer's heart rate is lower than usual.

"It's changed my life," says Gabrielle Slowey, a professor of political science at York University in Toronto who has worn the Jawbone Up bracelet for about two years. "The key thing for me was that it made me realize I need to be in bed for eight hours a night if I'm going to get five hours of deep sleep."

And when she doesn't hit her target eight hours, her bracelet will also provide tips, sent to the app on her smart phone, reminding her that she needs a quiet, calm environment to fall asleep and saying thinks like: "You missed your bedtime, slip into those PJs a little early tomorrow and perfect your routine."

"It makes you feel guilty if you don't do what it tells you to," says Slowey, a married mother of two.

And if a little bit of guilt and friendly competition is what it takes for people to get more sleep, Kimberly Cote, director of the Brock University Sleep Research Laboratory in St. Catharines, Ont., and president of Canadian Sleep Society, is all for it.

"Sleep has notoriously been the thing about health that people ignore," says Cote, noting that most adults need between seven and nine hours of sleep every night. "People seem to have the message that diet and exercise are important for health but, for whatever reason, in this busy world when something has to go, it's usually sleep."

According to a 2011 study by Laval University in Quebec City, about 40 per cent of adult Canadians report having symptoms of insomnia – needing more than 30 minutes to fall asleep – at least three times a week.

When Barrick started getting interested in her sleep patterns, and found that she wasn't getting enough, she started educating herself on sleep hygiene. According to Cote, that's one great outcome of monitoring one's sleep.

"I've read that you shouldn't use a computer or tablet just before bed, so I've stopped doing that," says Barrick, who has also stopped reaching for her smartphone in the middle of the night. "Sometimes, if I woke up and couldn't get back to sleep, I would check Twitter for a while. But I've stopped doing that because it interferes with your sleep."

One major shortfall of the consumer-grade sleep monitors, according to Cote, is that they aren't very accurate and often under-report the amount of time awake – making them less effective than the wearer thinks.

"It's not going to pick up on the kind of sleep fragmentation that we see with common sleep disorders, like sleep apnea, or periodic limb movement, where you might be waking up hundreds of times during the night to take a breath or as your legs kick every 30 seconds or so," Cote says.

For Cote, one of the most effective, and inexpensive, ways to monitor sleep is to keep a paper-and-pencil sleep diary, noting when you went to bed and when you got up. You can also record what you ate or drank in the evening, how much exercise you got that day and whether you woke up overnight.

"If you simply start paying attention, you're going to notice what kinds of things take away from your sleep," Cote says. "Then, if no amount of sleep seems to help you feel alert and rested during the day, you should be evaluated for some kind of sleep disorder in a sleep disorder clinic where they have the proper tools to diagnose that."

It’s time to wake up to the dangers of drowsy driving
January 7, 2015 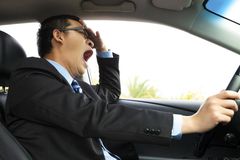 Top 15 tips for a healthier, happier 2015
December 31, 2014
Follow us on Twitter @globeandmail Opens in a new window
Report an error Editorial code of conduct
Due to technical reasons, we have temporarily removed commenting from our articles. We hope to have this fixed soon. Thank you for your patience. If you are looking to give feedback on our new site, please send it along to feedback@globeandmail.com. If you want to write a letter to the editor, please forward to letters@globeandmail.com.
Comments