About two months ago on social media, culinary powerhouse Susan Spungen agreed with cookbook author Yossy Arefi regarding an uptick in the popularity of sheet cakes. A few days later, Sarah Carey, food editor at Martha Stewart, added her support and delivered a caramel-layered, chocolate-swirled beauty to her Instagram feed.

The popularity of homey sheet cakes is hardly unexpected; the reassurance of the familiar is consistently appealing, and especially potent in dessert form. And we've moved through cupcakes, whoopie pies, doughnuts and layer cakes already.

For me, an upside-down cake beguiles with a similar rosy recognition. They are ones my mother-in-law remembers with sentimental fondness and ones I can still see in the recipes books of my childhood.

If slab cakes are our present, I argue flipped ones could very well be our future. So, with a general notion of the feeling I hoped to evoke, rather than tied to particulars of execution, I concocted an old-fashioned cake made modern.

The method for the cake batter is largely inspired by Nigella Lawson's game-changing clementine cake – one I make with stalwart regularity in citrus season – which is brought together in a food processor. I had always been groundlessly reticent to try cakes made in such a fashion, but that one convinced me. A dump-and-pulse dream, the processor whirls the batter together in a blink.

My pineapple upside-down cake is, like her clementine, without flour, and shredded coconut adds a thready chew against ground almonds. So, while cake is in the title, the final effect is more akin to steamed pudding. It is tightly crumbed and damp, with little by way of spring. The density here works in the cake's favour, even more so once bathed in the pineapple caramel. On the fork, it is like a nubbly fudge and similarly appealing. The pineapple, acidic and sharp for all its sweetness, acts as foil for the richness beneath. The combination of textures is unexpectedly weighty, but somehow exactly right.

The cake is best the day after it's made, so the syrup is properly sponged up. Plan accordingly. It does not contain wheat flour, but if gluten is a concern be sure to use use gluten-free cornstarch and baking powder. 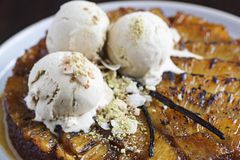 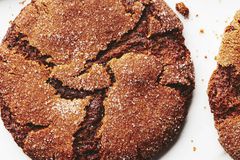 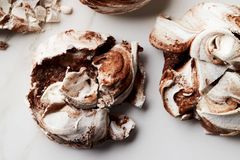