In the midst of the election, along comes a controversial research paper by a trio of senior economists suggesting that Quebec's ambitious child-care problem may be linked to rising youth crime. (Or, as it was interpreted by one click-bait headline on a Quebec news blog: "Kids Who Use Daycare More Likely to Become Criminals.") Maybe you are already rolling your eyes, but these findings are being repeated and widely debated just as political parties offer their different fixes for Canada's daycare problems; a tentpole of the NDP campaign is a $15-a-day national program modelled on the Quebec system.

That such a program might raise our sweet little kids to be street thugs would understandably give a voter pause (and freak out more than a few parents) – if it were actually supported by the research. Which it isn't.

Published as a working paper by the National Bureau of Economic Research, a private American think tank, and not yet peer reviewed, the study uses various Canadian surveys to track how children in Quebec have performed on a number of social and academic measures since the province's $5-a-day daycare plan was introduced in 1997. Academically, they aren't doing badly; scores in math and reading at age 15 were higher, science was about par.

The study, co-authored by economists Kevin Milligan, at the University of British Columbia, Michael Baker, at University of Toronto, and Jonathan Gruber, at MIT, found statistically significant increases in non-cognitive deficits – in areas such as anxiety and aggression and life satisfaction – and that boys were doing the most poorly.

It's not the first Quebec research to produce negative findings (and the finding about boys is certainly not unique to the province). Even advocates of the program acknowledge that some of these social-skills measurements have been disappointing so far.

But the study's most contentious finding uses justice data from Statistics Canada to conclude that, when compared to the rest of Canada, children with more access to Quebec's low-cost child care appear to be committing more crime as teenagers.

That's a leap, to put it politely. To begin with, youth crime rates overall have fallen in Quebec in the last 16 years, following a trend in other provinces.

But the study, as author Kevin Milligan admits, wasn't looking at that.

It used a set of youth crime statistics to compare what happened in Quebec to the rest of the country. According to two criminologists who reviewed the paper, this is a flawed approach, since Quebec's justice system has long handled youth crime differently than other provinces. It's certainly not proof of a Quebec youth crime spree, said Jane Sprott, a specialist for youth justice at Ryerson University. To draw any link with the child-care system, she says, would be "absurd." (For an explanation: see sidebar.)

But even more problematic is that the study's results include all children in Quebec who were eligible for daycare – not the ones who actually went.

It can't say whether the teenagers committing crime in the stats were the same children who got one of the provincial spots. It can't explain why it found lower scores in life satisfaction, but no differences in mental health or stress. The paper also doesn't assess the type of care (centre or home daycare, private or non-profit) or its quality, or the number of hours kids spent there – factors found in other studies to influence child development outcomes.

The study is only showing what happened in a province where families were "exposed" to a government-funded system of affordable, regulated child care – as if breathing the air could transfer its effects.

It took until 2005 for the program to create enough spots for half of the children under four in Quebec. So the first kids with the most "exposure" to the system – let alone actual access to one of the spots – are barely teenagers, which is why advocates argue it is too soon to judge.

New Quebec research, also yet to be peer reviewed but using the same data, found that any negative effects disappeared by age 7. What's more, "statistically significant results" may make for an eye-catching research paper when grouping together an entire population, but they translate into tiny, often subjective, differences in the real-life world of individual children.

Scrutinizing what happens in Quebec is valuable – it's the best North American attempt to provide near-universal, government-funded child care, and the first place to look for how a national system would work.

So we would do well to invest in the right kind of research – studies that look at the actual kids in daycare.

Quebec's plan had big goals. It succeeded in helping mothers work, lifting family incomes. But the expectation that it would improve overall child development – which, as promised, would eventually lead to higher test scores and lower crime – has yet to be demonstrated, and some of the early results have been disappointing.

Catherine Haeck, an economist at the Université du Québec à Montréal also studying the effects of the provincial program, lists several reasons why it hasn't produced some of those hoped-for benefits: the spots were rolled out too quickly, the quality of care has been found sorely lacking, there was a shortage of well-trained educators.

These are all problems the province is now working to correct, and lessons for the rest of us to heed. Any government, moving ahead with a new child-care system, needs "to be very careful how they design it," Haeck says. "When you implement something that important, you should proceed with caution."

No program will be perfect – even Sweden, with its world-leading program, took decades to build a universal system, and they are still fine-tuning it.

Quebec's program is being scrutinized like no other child care in the rest of the country. Its rising cost alone has been controversial: this year the government raised the maximum daily fee to $20, based on income. Compared, however, to the mishmash of costly, unregulated child care in other provinces – particularly considering overcrowded home cares highlighted so tragically in Ontario in recent years – Quebec's program is definitely superior.

Critics will say it was oversold, and they may be right. We may need to admit, as Milligan and his co-authors ponder in their conclusion, that a large-scale universal program cannot achieve the same results as the intensive programs directed at disadvantaged kids to which Quebec's system is often compared. But should we expect it to?

So far, this election, the child care focus has been on cost – from the NDP's $15-a-day national plan to the cash-to-family versions offered by the Liberals and Conservatives. But families also need child care to be high-quality and accessible. Barring child bonuses big enough to make it feasible for more parents to get by on a single income, that need isn't going away.

If we want to address issues clearly demonstrated in child-care research, we would improve maternity leave so all parents (not just wealthier ones) can afford a year off with their infants, and we would lift the pressure on parents to work ever-longer hours. And we would focus on improving the quality of the care our children do receive with sound policy and best-evidence research – not fear mongering. Families have enough stress already.

The National Bureau of Economic Research study uses two particular sets of statistics: youth rates of those accused, and of those convicted. It then compares rates in Quebec to what happened in the rest of Canada combined, across the years that the child-care program expanded.

Historically, Quebec has had far lower youth conviction rates than other provinces, mainly because the province has more often dealt with young offenders outside the criminal justice system.

The NBER study's a-ha moment is that over the course of the child-care program, as more spaces opened up to more kids at younger ages, the gap between Quebec's youth crime rate and the rates in other provinces steadily narrowed – and Quebec began to look more like everyone else.

This did happen. But not because crime suddenly rose in Quebec, says Jane Sprott, a Ryerson University criminologist who specializes in youth justice. In 2003, Ottawa introduced new youth justice legislation. This led, over time, to lower rates of charging (and thus convicting) young offenders for minor offences – provinces began diverting them out of the court system.

In Ontario, for instance, the rate of youth charged with property offences fell by half. But Quebec, Sprott says, had long approached youth crime this way – which is why rates of accused and convicted didn't fall that steeply after the new law was put in place. "There were substantial changes in the processing of young offenders over these years that affected Quebec and the rest of the country very differently," explained University of Ottawa criminologist Ronald-Frans Melchers, an expert in crime stats who reviewed the paper and also concluded its findings were flawed.

What the study captures, says Sprott, is a change, over the last decade, in the rest of the country, not Quebec. In other words, this has been a tempest in a teapot. But in a debate as ideological as child care, it doesn't take much unproven theory to make a storm. 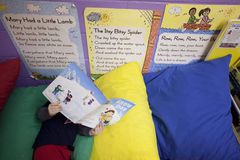 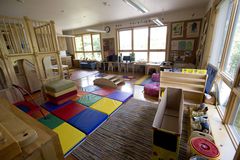