Dark sky preserves: The bright side of Jasperʼs dark side

Peter McMahon has a mantra: “Defend the night from urban light.”

As the manager and senior presenter at the Jasper Planetarium in Jasper, Alta., McMahon is someone who appreciates the importance of dark-sky preserves – areas typically surrounding parks or observatories that severely restrict artificial-light pollution. Dark-sky preserves, sometimes called astronomy parks, are protected by local bylaws and ordinances to tackle the growing problem of light pollution.

“Theyʼre the only [places that will help to keep] accessible, unspoiled views of the night sky from disappearing completely within the next 20 years or so,” says McMahon, an award-winning former science journalist.

At 11,000 square kilometres, the Jasper National Park Dark Sky Preserve (which received its designation in 2011 from the Royal Astronomical Society of Canada) is the second-largest in the world (Wood Buffalo National Park, in the northeastern part of Alberta and the Northwest Territories, is the largest). However, Jasperʼs is the only dark-sky preserve in Canada to encompass a town (Jasperʼs population: 4,590).

For fans of the night sky, the Jasper Planetarium is a must stop for its lectures, stargazing tours and astronomy sessions in the dome theatre. Also available, through the Jasper Sky Tram, are dinner and dark-sky packages at an elevation of 2,263 metres above sea level.

According to McMahon, dark-sky preserves promote stargazing and follow strict lighting protocols. In Jasper, for instance, that means reducing unnecessary artificial light, wildlife-friendly lighting (to avoid glare) and installing outdoor lighting that shines downward, instead of upward into the sky, which makes it easier to enjoy the evening stars.

“Many visitors to Jasper get to see the Northern Lights. We seem to get a good, solid aurora [borealis] about once every week or so, with lesser auroras every few days,” McMahon says. “Thatʼs because weʼre close to the auroral oval, a ring of Northern Lights that sits over our planetʼs geomagnetic North Pole. And, of course, less light means better visibility to view stars.”

Star chasers can visit the Rockies year-round, but the best time to see the Northern Lights is from September to mid-May. Visitors can catch a glimpse of a star-lit sky almost any time.

While dark-sky preserves inspire people to look up, visitors are also encouraged to keep an eye on whatʼs happening closer to the ground.

“The astronomy gives you the eye candy, but the environment is what you're trying to save in an area like the Jasper [National Park] Dark Sky Preserve,” notes Robert Dick, a former astronomy professor at the University of Ottawa and Carleton University, who manages the light-pollution abatement program for the Royal Astronomical Society of Canada.

Both Dick and McMahon devote much of their time to scotobiology, a growing field focused on the study of darkness and its necessity for certain animals.

“Weʼve long considered light as something benign,” says Dick, “but the truth is that light can fundamentally change the environment of a particular species. If you alter their environment – add a lot of unnatural light, for instance – that species doesnʼt belong there any more. Adding light also means prey are much more visible to their predators. That upsets the ecological balance – as the hunted species disappears, so does the food source for the predator.”

Because urban light is now so abundant, an estimated 85 per cent of Canadians canʼt see more than a few stars. The Jasper National Park Dark Sky Preserve provides an opportunity to change that and allows visitors to experience of one natureʼs wonders.

Visitors who arrive in Jasper on one of Rocky Mountaineerʼs luxury rail journeys can extend their stay with local day trips and tours followed by stargazing from their hotel grounds at night. Two Rocky Mountaineer tours – Journey through the Clouds, and Rainforest to Gold Rush – run between Vancouver and Jasper, with stops overnight in Kamloops or Whistler and Quesnel, respectively.

More from the series:

Looking for a relaxing escape? Consider these spa experiences in the Rockies 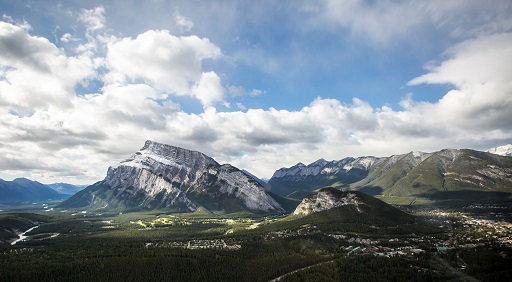 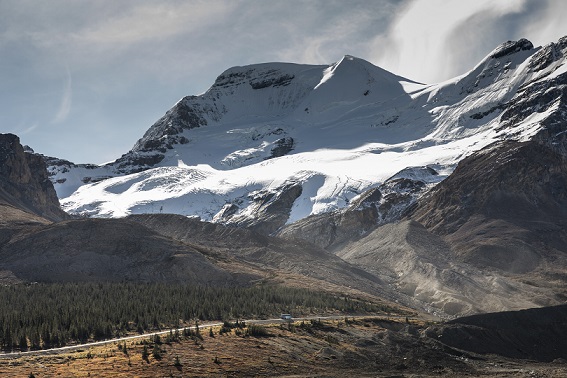 Planning a trip to Banff, Lake Louise or Jasper? Here’s a complete guide