Eating organic is easier than you think

It’s easy to be intimidated by organic labels at the grocery store: Price stickers can be higher, products are often housed in a separate aisle and what the term ‘organic’ really means can feel murky.

But to Av Singh, vice president of the board of directors at Canadian Organic Growers’, the distinction between organic produce and everything else on supermarket shelves is simple: “Organic farming mimics what we see in nature and tweaks it,” he says.

Organic farming works in cooperation with the natural ecosystem, rather than trying to control it, Singh explains. Rather than using harsh pesticides and insecticides in the growing process, or applying irradiation or additives to food, organically grown produce is created using farming techniques that work with the land.

The average additional cost per unit for organic food and beverage products.

She and many other organic farmers in Canada employ non-chemical alternatives on their fields; the goal is to promote healthy soil, enhance biodiversity and minimize run-off and pollution. “When you buy organic food, you’re choosing not to put synthetic nitrogen and harmful chemicals into our soil and into our water system,” Flies says.

With each hectare of farmland that converts, our hope is that this will aid in bringing the price for organic food down.

But eating organic is not just good for the planet, experts say. It’s good for our bodies, too. Singh points to growing evidence linking the consumption of herbicides and insecticides commonly used in conventional farming, such as Roundup, to cancer and endocrine system disruption. “The majority of consumers don’t realize how much glyphosate [the active ingredient in Roundup] is actually on their food,” he says.

But making the switch to organics can be tricky if you don’t know what to look for. Flies says it’s simpler than one might think: “When it’s labelled ‘natural’ or ‘sustainable’ or ‘using organic ingredients,’ then it isn’t organic,” she says. “Look for the organic logo to give yourself confidence that you’re getting an inspected and approved product.”

And while organic products get a bad rap for being prohibitively expensive, prices are steadily on the decline. In 2018, organic food and beverages cost an average of 24 cents more per unit than conventional food, one study found — that’s down from a 27 cent premium in 2014. And the price gap can only be expected to shrink as more and more farmers enter the market. 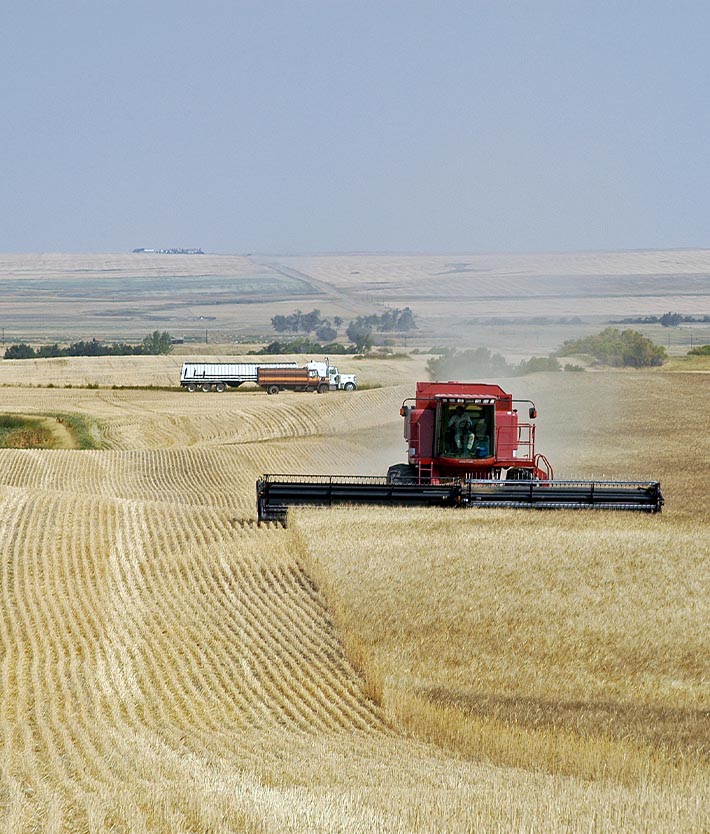 The average number of years for a Canadian farm to earn the Canada Organic certification.

The main barriers to access for farmers hoping to go organic are time and cost. All products bearing the Canada Organic label have been certified by the Canadian Food Inspection Agency, but this certification process can take anywhere from one to three years for a Canadian farm to get its land and crops in order. Add in the initial and recurring costs involved in maintaining organic certification, and for many farmers, the wait isn’t worth it.

That’s where Seeds of Change comes in.

Founded in 1989 as a small organic seed farm in the USA, Seeds of Change now produces plant-based cooking sauces, beans, rice and grains that are sold by retailers across Canada. In 2019, Seeds of Change created the Support Organic Change fund in partnership with the Canada Organic Trade Association, which aims to make it easier for conventional farms to transition to organic farming.

Seeds of Change donates one per cent of all of its sales to subsidize costs for Canadian farmers pursuing organic certification. In its first year, the fund helped to convert nearly 2,500 hectares (equivalent to about 4,600 football fields) of organic farmland, says Kyle Lyons, segment marketing director at Mars, Seeds of Change’s parent company.

“Farming is already one of the hardest industries to be a part of, especially within organics,” Lyons says. “We’re hoping to make that choice a little easier and provide support to the farmers who are trying to make a difference to the food we eat and ultimately, the planet.”

Lyons says that the goal of the Support Organic Change fund is not only to aid in the creation of more organic farms but also to make organic food more affordable for Canadians.

“With each hectare of farmland that converts, our hope is that this will aid in bringing the price for organic food down,” he says. “And make it more accessible for all Canadians to enjoy food the way it was meant to be.”

1% of any Seeds of Change product bought will go towards the Support Organic Change Fund.

Looking to lower your carbon footprint?

When it comes to the need for Canadians to eat less meat, Lenore Newman, Canada research chair in food security and environment at the University of the Fraser Valley does not mince words.

“We eat too much meat,” she says. “The impact of the animal production chain on the environment is crushing and unsustainable, and it has to change. That’s not even a radical statement anymore.”

Demand for organics is on the rise. Here’s how one food company is helping

According to a study from Dalhousie University, more than half of the population is interested in eating less meat. Two-thirds already buy organic every week, and the sector is growing at nearly ten per cent a year. And the two things go hand in hand, with fruit and vegetables dominating the organic sector, racking up over $5-billion in annual sales.