How Chicago is embracing its architectural legacy

Cloud Gate, also known as "the Bean", was created by artist Anish Kapoor in 2006.

Chicago, the city that gave birth to the skyscraper, is a magnificent showcase of historical architecture steeped in modern innovation. It highlights this proud legacy by offering visitors unexpected ways to experience it.

Explore hidden architectural gems with walking, biking, bus, or river cruise tours. A kayak tour along the Chicago River affords paddle-by views of notable buildings and a floating history lesson. If you prefer to look at sights from solid ground, check out Art on the MART, an illuminated installation projected onto the facade of Merchandise Mart, one of the world’s largest commercial buildings and an art deco beauty.

An ideal place to expand your knowledge of design is the Chicago Architecture Center (CAC), which opened in August 2018. Housed in a Mies van der Rohe building, this downtown venue features exhibits, scale models and interactive displays that chronicle Chicago’s early growth, the first skyscrapers and its rebirth following the Great Fire of 1871. Exhibits focus on the work of prominent local architects, such as Louis Sullivan, Frank Lloyd Wright and William Le Baron Jenney.

A second-floor riverfront gallery features supersized scale models of famous skyscrapers from Chicago and around the world. Make sure you take a look at the 11-metre-tall model of Saudi Arabia’s Jeddah Tower, designed by Adrian Smith + Gordon Gill Architecture (the same Chicago-based firm that created the CAC). At one-kilometre high, Jeddah Tower is destined to become the world’s tallest building upon completion in 2020. 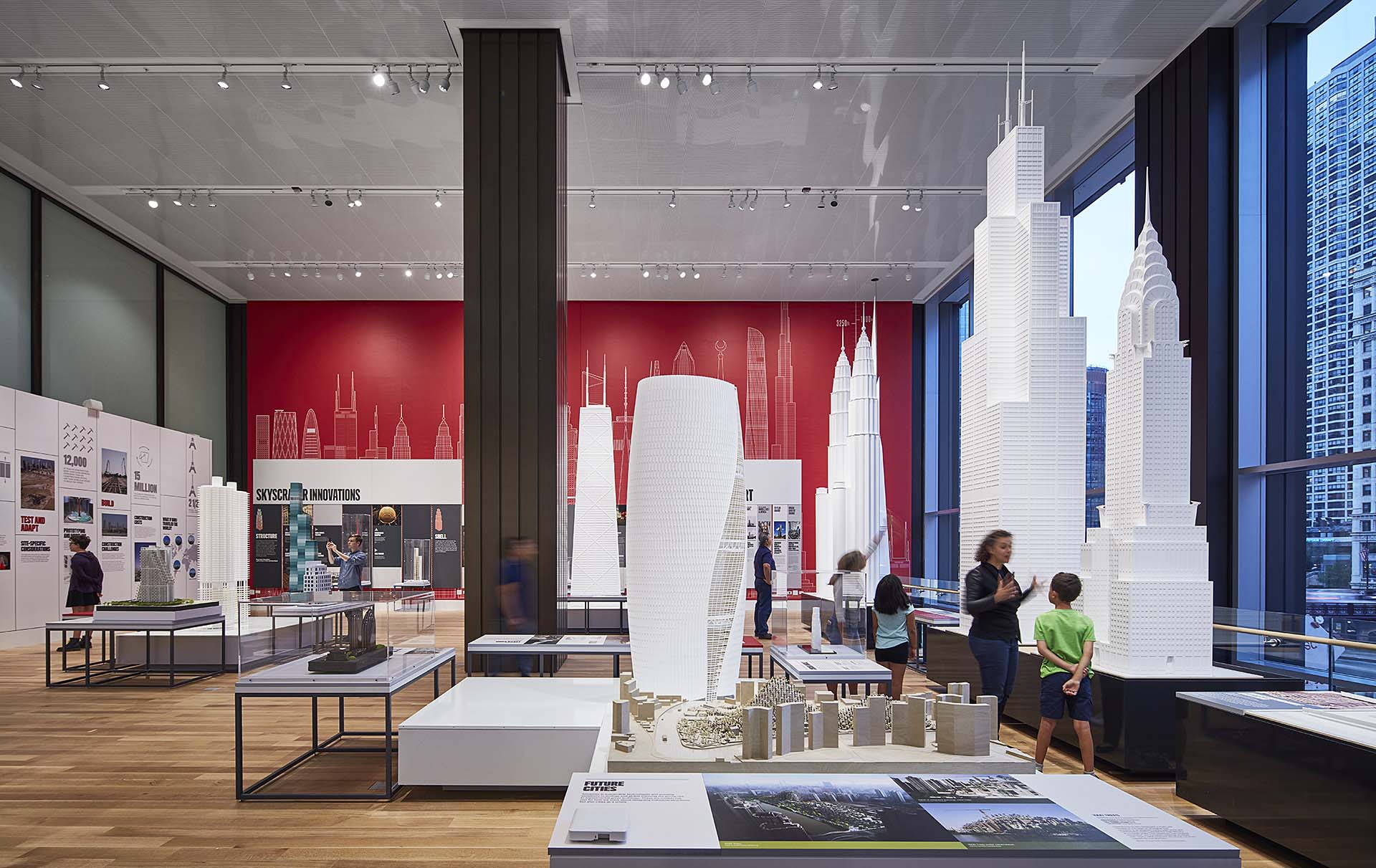 “The eight-metre-high ceiling in the gallery has the height and volume to help us explain to visitors why the skyscraper was invented in Chicago and how today’s local architects are still constructing the tallest buildings in the world,” notes Mike McMains, a volunteer docent at the CAC and tour director for the centre’s Elevated Architecture L Train Tours.

Visitors who appreciate the city’s architecture will feel right at home at Hotel Zachary, part of Marriott International’s Tribute Portfolio, a brand of independent boutique hotels. Its name and design celebrate the talent of architect Zachary Taylor Davis. The native Chicagoan was world renown for designing Wrigley Field, directly across the street from the hotel (about 35 steps from its lobby to the ballpark’s main entrance).

Built in 1914 and renamed Wrigley Field 12 years later, the 41,649-seat ballpark is the second oldest major league venue in the United States and home to the Chicago Cubs. It’s famous for its ivy-covered brick outfield wall, its hand-turned scoreboard, the red marquee over its main entrance and unpredictable winds coming off Lake Michigan.

“Davis really elevated the way people experience baseball. Games used to be played in simple, wooden structures until he proved that investing capital to create a structure of concrete and steel could transform the way people engage with a ballpark,” McMains says. To experience Davis’s genius, visitors can catch a Cubs game there on a summer day or go on a behind-the-scenes tour offered by Wrigley Field. 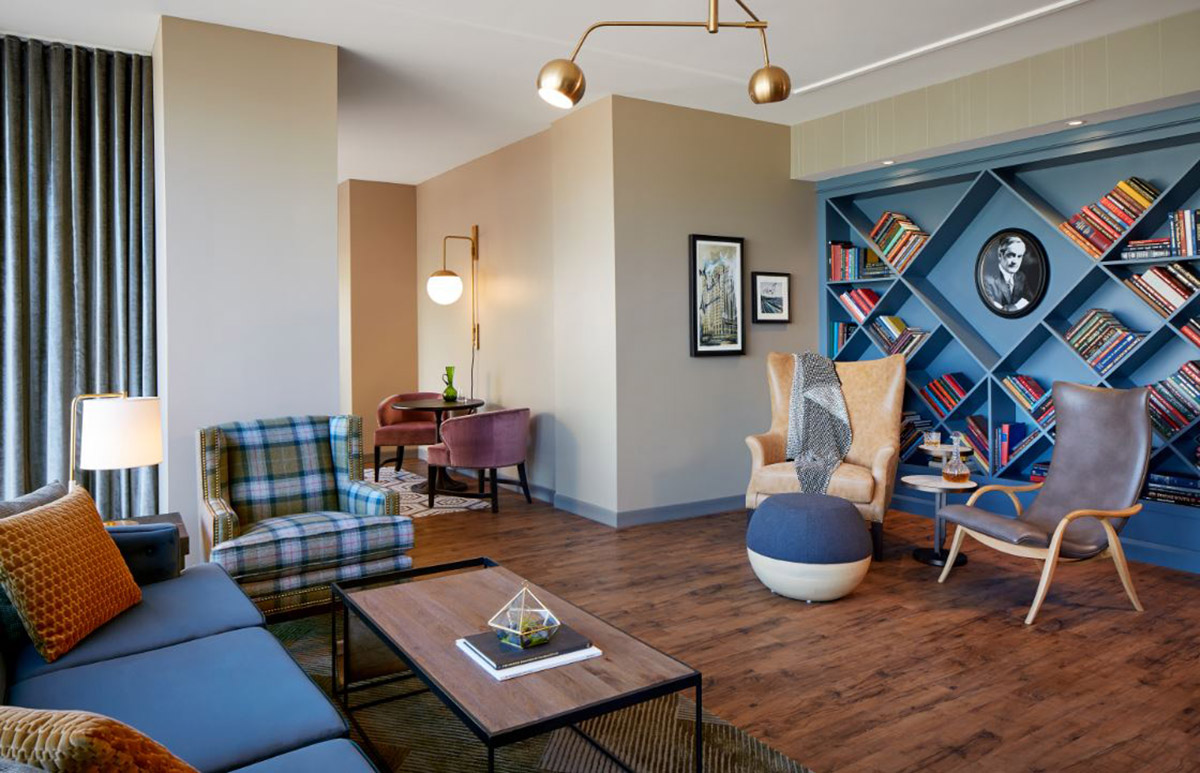 Inside Hotel Zachary, the contemporary design pays homage to Chicago, Wrigley Field and the love affair between Davis and his wife, Alma. Its 173 guest rooms (including 20 suites) feature historical artwork from local artists and desks resembling drafting tables. The lobby is decorated with archived blueprints above the bar and a large-scale replica of Davis’s original blueprint for Wrigley Field, sketched in 1922.

Hotel guests have multiple, on-site restaurants to choose from, plus Mordecai, a high-end whisky bar highly regarded among whisky lovers for its extensive collection. Each bottle has been hand selected by the owner and includes an array of Pappy Van Winkle bourbon whisky from Kentucky. Meanwhile, The Alma Room, named after Davis’s wife, is a favourite spot for breakfast. The main art piece of the space is one of her handwritten notes, reproduced on canvas, punctuated by the words “Love, Alma” in hot pink neon.

An outdoor terrace surrounding the hotel, complete with fireplaces and heaters, overlooks the stadium and Gallagher Way, the town square for the Wrigleyville neighbourhood. It is filled with eateries representative of Chicago’s famed food scene. For those looking for more classic ballpark fare, Chicago-style hot dogs (served with pickle on top and a dash of celery salt) are also available near the hotel.

With its design-driven public spaces, restaurants and guest rooms, Hotel Zachary is a fitting ambassador for a Chicago – a city that showcases the world’s very best architecture.

How a Moorish ancestry has left its imprint on Seville
→