Quebec City is famous as a UNESCO World Heritage Site and for its European flavour, but it also has a lesser-known contemporary side, with an abundance of avant-garde art galleries and artisans, cutting-edge architects and experimental restaurants.

The Musée nationale des beaux-arts du Québec is home to the world’s largest collection of work by the province’s artists and features celebrated masters and edgy new upstarts.

“It may sound cliché to say that Quebec City has always been an inspiring city for artists, but it’s so true,” says Anne-Marie Bouchard, curator of modern art and the director of collections and research at the museum. “The city’s beautiful natural setting and historical prestige may explain why its cultural life and artistic life have always been thriving.” 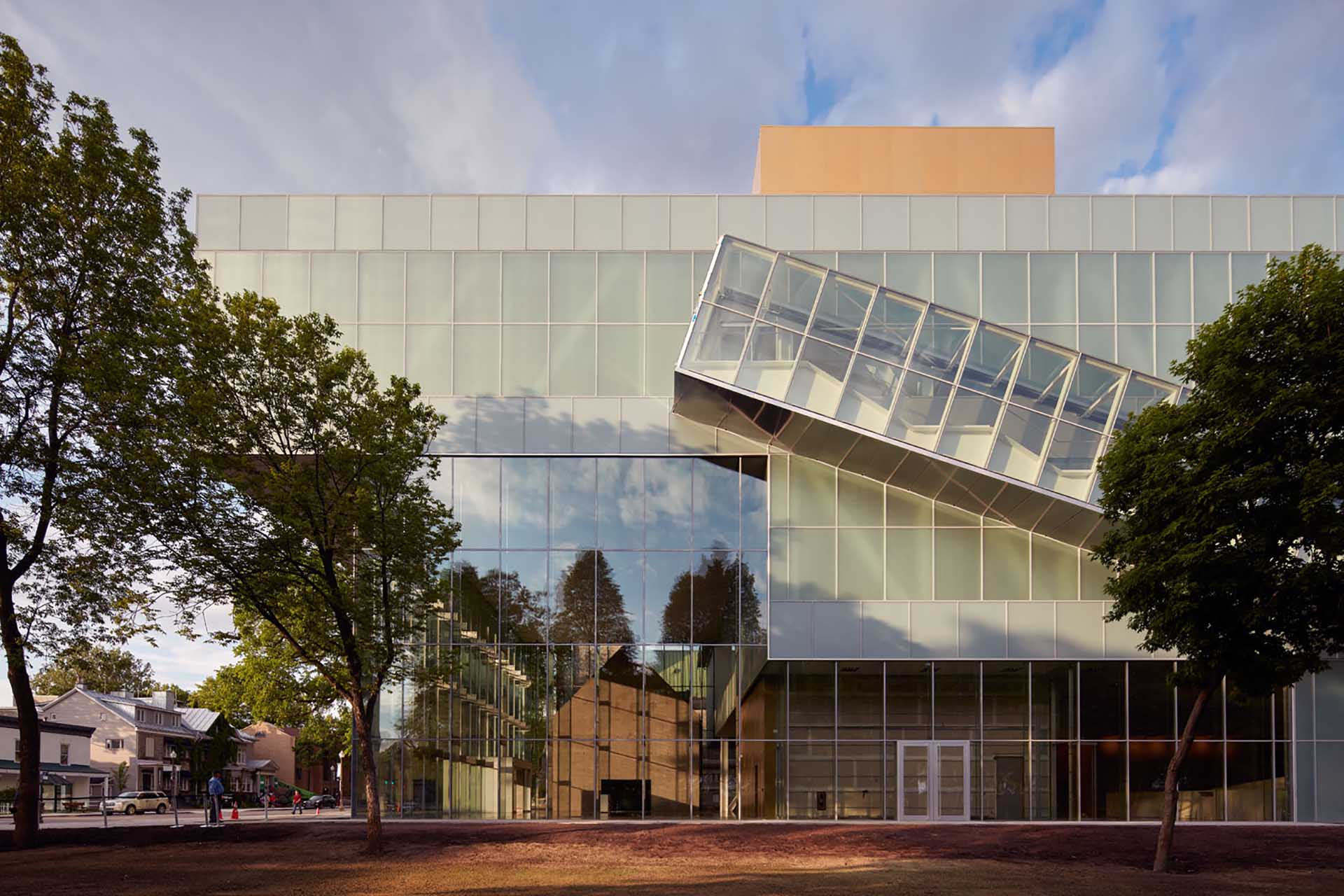 To further immerse yourself in Quebec City’s hot and hip milieu consider a stay at Hotel PUR, part of Marriott International’s Tribute Portfolio, the brand’s first property in Canada. This stylish, recently renovated hotel is located in the heart of downtown in the colourful Saint Roch district. The area is considered a nexus for the city’s fashionable and creative community, and the hotel pays homage to the neighbourhood with its contemporary design.

Rooms at Hotel PUR, enhanced by graffiti-inspired murals of Quebec City scenes, offer views of the skyline, the river, or the mountains. Each floor features bird-themed art with 18 pieces on the 18th floor, 17 on the 17th, and so on – a reflection of the hotel’s urban community setting and a way to bring a bit of the outside environment indoors.

Its open, welcoming lobby is peppered with intriguing artwork, including a hand-macraméd creation by artist Genevieve Labrecque, who took two weeks to create the piece entitled pur laine. It means pure wool, but the words also reflect a French expression representing authenticity.

Enjoy the indoor heated pool and dry sauna, play billiards, work out at the state-of-the-art 24/7 gym, or opt for adventure by signing up to rappel from the roof. Hotel PUR is the only local hotel to offer this activity, where you’ll learn to descend down the exterior facade to the street below. 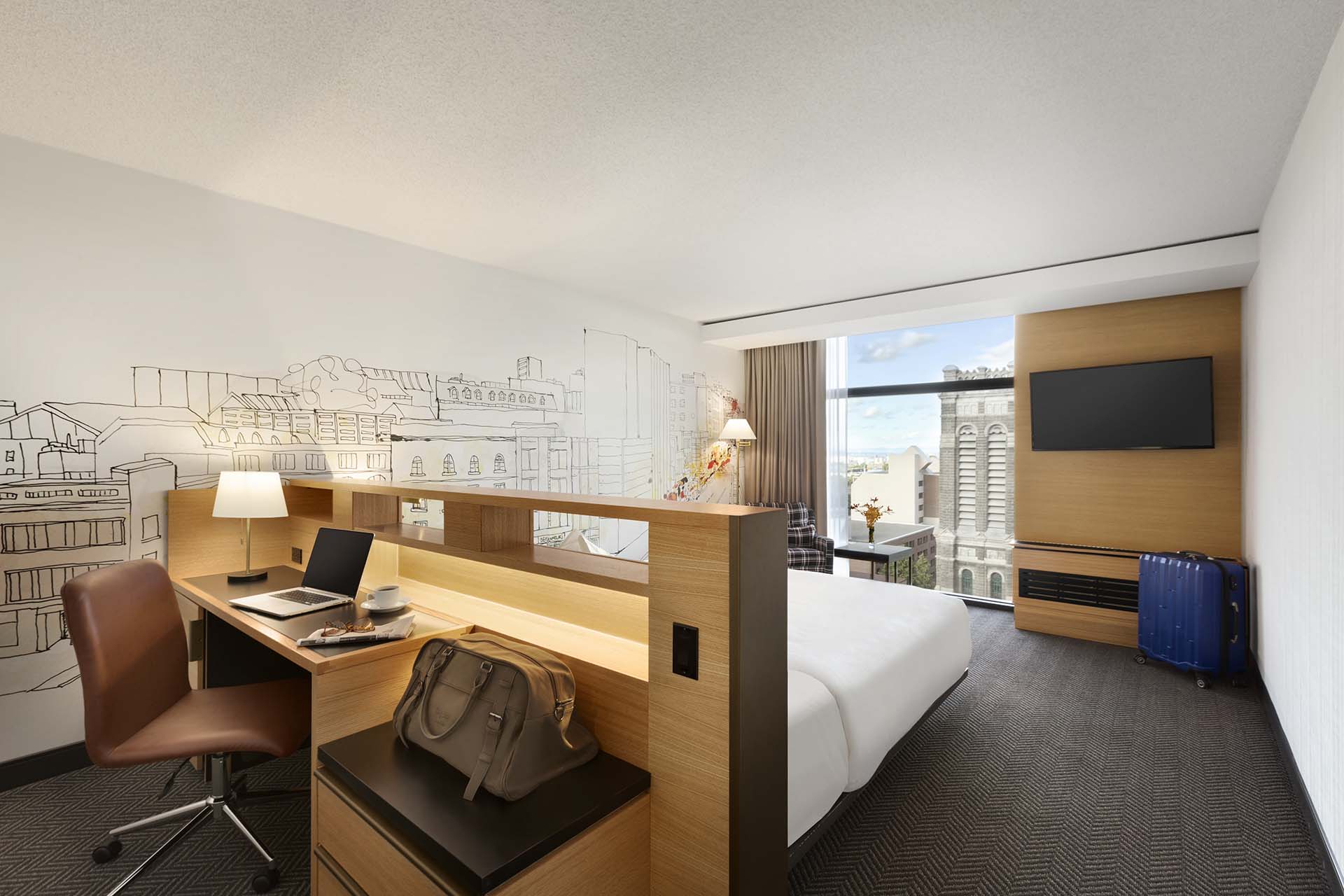 Rooms at Hotel PUR, enhanced by graffiti-inspired murals of Quebec City scenes, offer views of the skyline, the river, or the mountains.

Delve into Quebec City’s creative force by checking out the inspiring Inuit art at the popular Galerie Art Inuit Brousseau. Or go gallery hopping in spaces that focus primarily on new and emerging artists. With its impressive roster of permanent and invited artists, Lʼespace contemporain galerie dʼart gives visitors a chance to peruse an ever-changing series of exhibitions that further tap into the pulse of the local artistic community.

Want to bring home your own contemporary artwork? Take a promenade through the Rue du Trésor, a tiny pedestrian alley situated in Old Quebec. This makeshift, open-air market is a unique, year-round collective of dozens of local artists displaying and selling their paintings, sculptures and photographs. The works not only make a one-of-a-kind souvenir, they also provide a chance to speak to artisans and get their takes on the city’s creative spirit.

It’s just one of the ways to underscore the dynamic marriage of old and new at the core of Quebec City’s allure.

Gold from the Gods: Heal your body and soul in Peru
→

Forget France, Chamapagne 'runs in the veins' of Newport Beach
→