Eating lobster, harvesting oysters and combing beaches for treasures are all part of an authentic Prince Edward Island experience.

The first time you visit Prince Edward Island, you won’t be able to stop yourself from falling for the authenticity of its locals and the beauty of its seaside sights. Its warm ocean temperatures, red sand beaches, fresh seafood and local produce make PEI the perfect destination. Today, visitors travel from all over the world, looking to experience the natural beauty and rich culture of Island life. Here, we explore three traditions deeply rooted in Canada’s only island province.

“Lobster suppers are a real social experience. We gather together, have a couple of drinks, and enjoy the night.”
- Forbes MacPherson, co-owner of Fisherman's Wharf Lobster Suppers in North Rustico.

Seafood is a staple of Prince Edward Island cuisine. From beachside cafes to high-end restaurants, fresh-from-the-ocean fare is bountiful on the Island. Because seafood is so plentiful, the portions tend to be plentiful, the catch of the day always fresh, which means you’ll never leave a seafood restaurant hungry.

This is particularly true when attending a traditional lobster supper. If you’ve never experienced the pleasure of feasting on an entire lobster, you’re in for a real treat. There’s nothing fussy or refined about it. At Fishermanʼs Wharf Lobster Suppers in North Rustico, for example, “You come in, roll your sleeves up, put your bib on, and go to town,” says co-owner, Forbes MacPherson.

On Prince Edward Island, a freshly cooked lobster will traditionally be accompanied with melted butter for dipping, as well as rolls and potato salad. But at Fisherman’s Wharf Lobster Suppers, diners are also treated to a 60-foot salad bar, all-you-can-eat mussels and an unforgettable seafood chowder.

Eating a lobster takes some skill, so when you attend a lobster supper, the restaurant will provide you with instructions and tools to help. They also make a few cuts in the shell to make it easier to get to all the delicious lobster meat.

MacPherson says knowing how to crack open a lobster is just a part of life on Prince Edward Island, but it can be a challenge for visitors, so they do their best to pass this knowledge on.

“We appreciate that most people from outside of our area don’t know a lot about eating a whole lobster, so we cut the lobster a little to give people a head start. Our servers are there to help people too,” MacPherson says.

Attending a lobster supper gives people a taste of how social gatherings on Prince Edward Island operate. MacPherson compares the experience to a wedding – everyone has a few drinks, there’s music, conversation and a strong sense of community.

“There’s so much energy in the room and everyone’s having fun,” MacPherson says. “Our lobster suppers are a real experience.”

“The method of tonging oysters is something that hasn’t changed in centuries and I think people are interested in that. It something technology hasn’t touched. There’s something romantic about that.”
— Jeff Noye, Valley Pearl Oysters in Tyne Valley

Prince Edward Island oysters are sold across North America and exported worldwide, so you may well have already sampled this local delicacy. But eating them freshly harvested, straight from the Atlantic Ocean, is a whole other experience. Traditionally, oysters are harvested using extra-large tongs that resemble a pair of garden rakes with the claws facing one another.

If you love oysters, you’re going to love trying them at their absolute freshest. Head to a tong-and-shuck experience on the Island, where you can watch the process, and enjoy the results, firsthand. You can join Jeff Noye at Valley Pearl Oysters in Tyne Valley to do just that.

Noye, who grew up tonging oysters on the Island and has also run the annual Tyne Valley Oyster Festival for the last 15 years, walks visitors through the process of tonging both wild and farmed oysters at his plant. Guests then follow him to Valley Pearl’s oyster bar, where they learn to shuck, serve and eat them. Nothing beats eating fresh oysters while looking out over blissful water – making this an unforgettable and authentic glimpse into Island life.

To Noye, oyster-tonging is embedded in PEI’s history, an essential part of the local economy and shared culture on the Island.

Oyster-tonging is an activity that’s completely unique to the province. “I don’t think you can do it outside of PEI,” Noye says. “It’s a pretty big deal around here.”

“With so many beautiful beaches in PEI, even at the height of summer, the beaches donʼt get that busy, because there are so many to choose from.”
- Sea glass artist Teri Hall, owner of Fire & Water Creations in Bay Fortune.

Prince Edward Island has an impressive number of beaches dotted along its 1,100 kilometres of coastline. Each offers an array of possibilities beyond simply relaxing and enjoying that cool ocean breeze (though that is, of course, a great way to enjoy them too).

The beaches, and grassy dunes that surround them, are a haven for birds such as plovers, cormorants, great blue herons and many others, making the Island a go-to for devoted birdwatchers. There are an array of hiking and cycling routes around the coastline that will take you past secluded beaches and along cliff tops with wonderful bird viewing spots.

Beachcombing is another popular pastime on the Island for locals and visitors alike. The activity is common among artisans, who use their findings to create beautiful pieces that they sell in their studios or at local markets.

Teri Hall, the seaglass and silver jeweller behind Fire & Water Creations in Bay Fortune, has been combing local beaches for the past 18 years. Hall says the Island is the perfect place for collecting glass. So when you visit one of Prince Edward Island’s tranquil red sand beaches, keep an eye out – you just might find the makings for your next necklace.

“Pick a beach with a good mixture of gravel and sand, because it needs that tumbling back and forth with the tide over the little rocks to get to that beautiful patina you want in sea glass,” she says, adding that pickings are always better after a storm and at low tide. 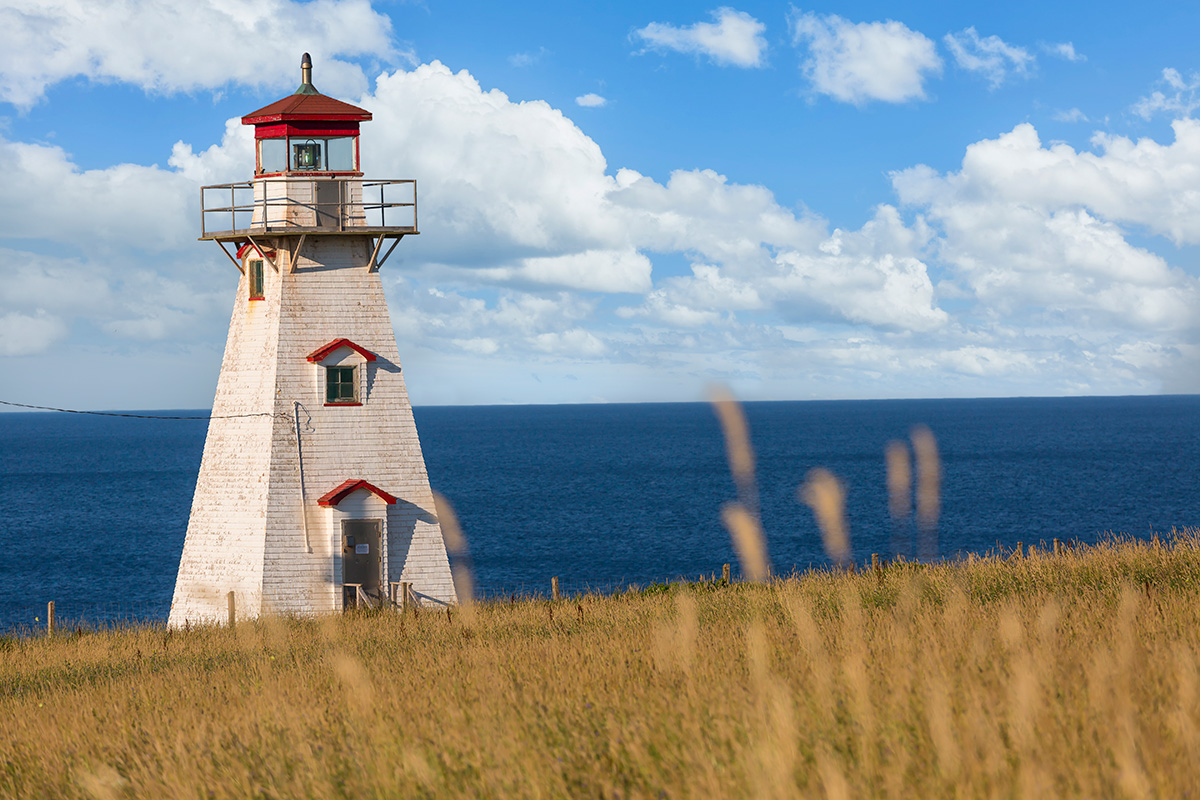