It’s no secret that Europe is rich in history and culture: The ruins of fallen empires and the array of globally-renowned fashion houses, art museums and restaurants make it a must-visit on your next vacation.

But as anyone who’s ever tried to organize a Europe trip can attest, it’s not as easy as it looks. Where do you go first when there’s so much to see and seemingly everything is within reach? This year, prioritize making moments and sharing experiences that will bring you and your loved ones closer. From memorable tours to intimate cooking lessons, here are five unforgettable European experiences to get you started. 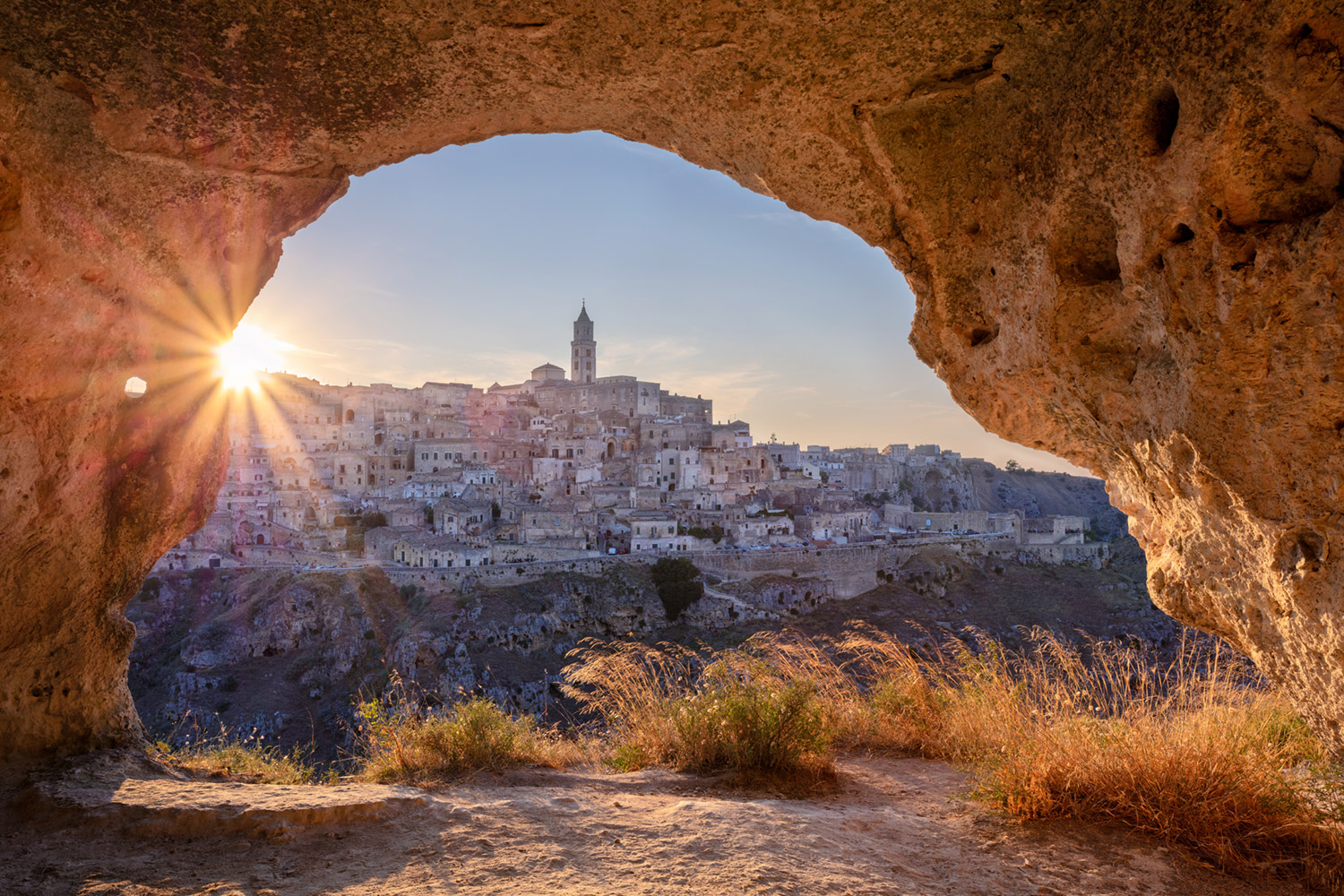 Matera, a medieval city in southern Italy, is a UNESCO World Heritage site famous for its cave dwellings.

The city of Matera in southern Italy is home to some of the oldest human dwellings in the world. Known as sassi, these cave houses carved out of limestone date back to the paleolithic era. Once a symbol of the region’s poverty, they’re now on the UNESCO World Heritage list and have become a source of pride for residents.

While some sassi are still crumbling and uninhabitable, others have been converted into hotels, artisanal workshops, wine bars, restaurants and cozy modern homes. Wandering the narrow streets of Matera, poking your head into these primeval homes and stopping for a typical Italian meal at Osteria San Francesco is a humbling and awe-inspiring way to spend a day. 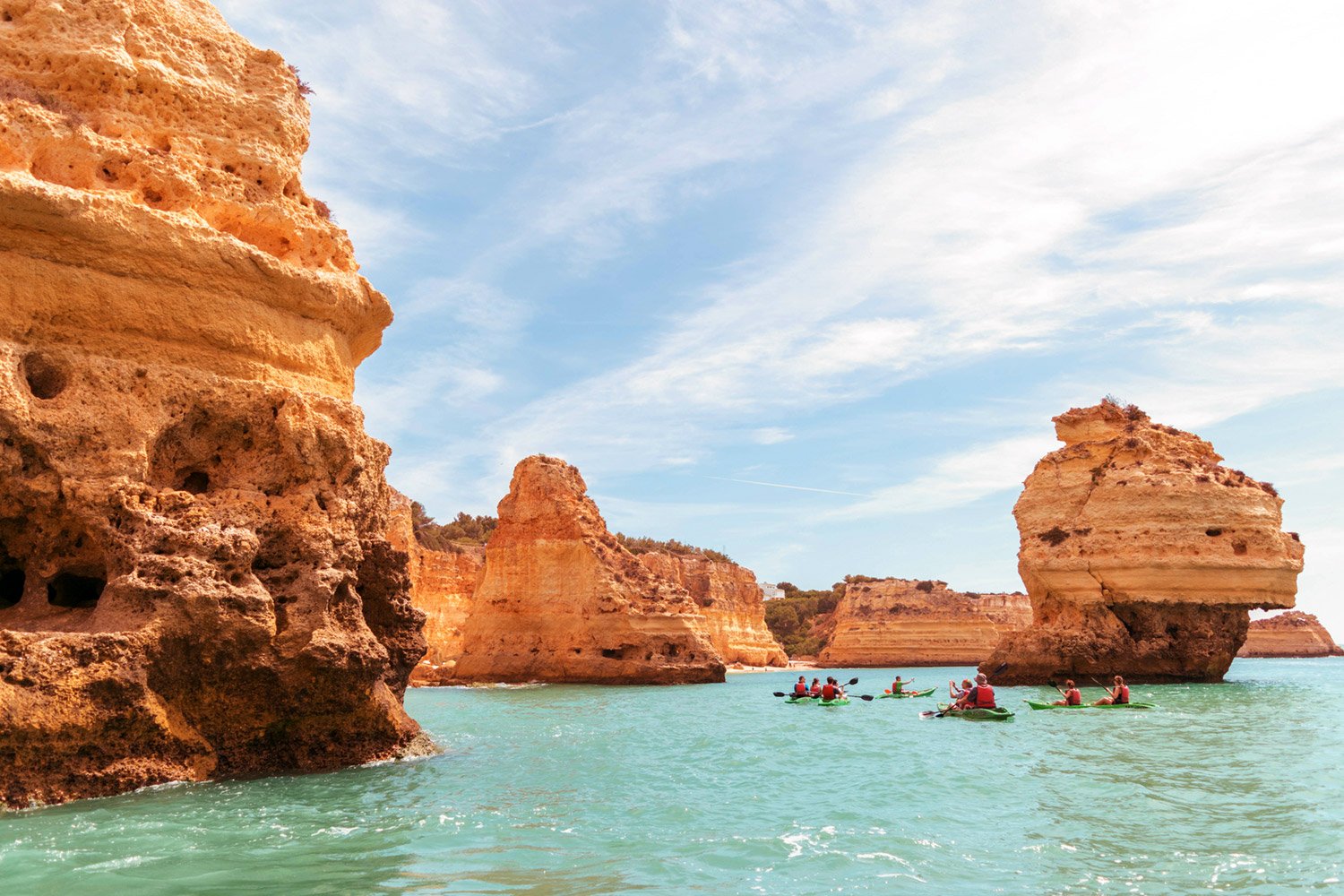 The Algarve coast in southern Portugal's Algarve Coast is home to breathtaking rock formations best explored up close via kayak.

Explore the coast by kayak in Portugal

The crowds are happy to admire the spectacular rock formations and aquamarine water from beneath their beach umbrellas, but if you really want to get to know Portugal’s Algarve coast, a sea kayak is the way to do it.

Paddling can take you to hidden beaches and into dramatic oceanfront caves while allowing you to spot the beauty of Portugal’s natural landscape. Take advantage of the crystal clear water by going for a snorkel, then spend your free time in the evening chowing down on a luxurious seafood meal or a locally-favoured dom rodrigo pastry in the historic seaside town of Lagos. 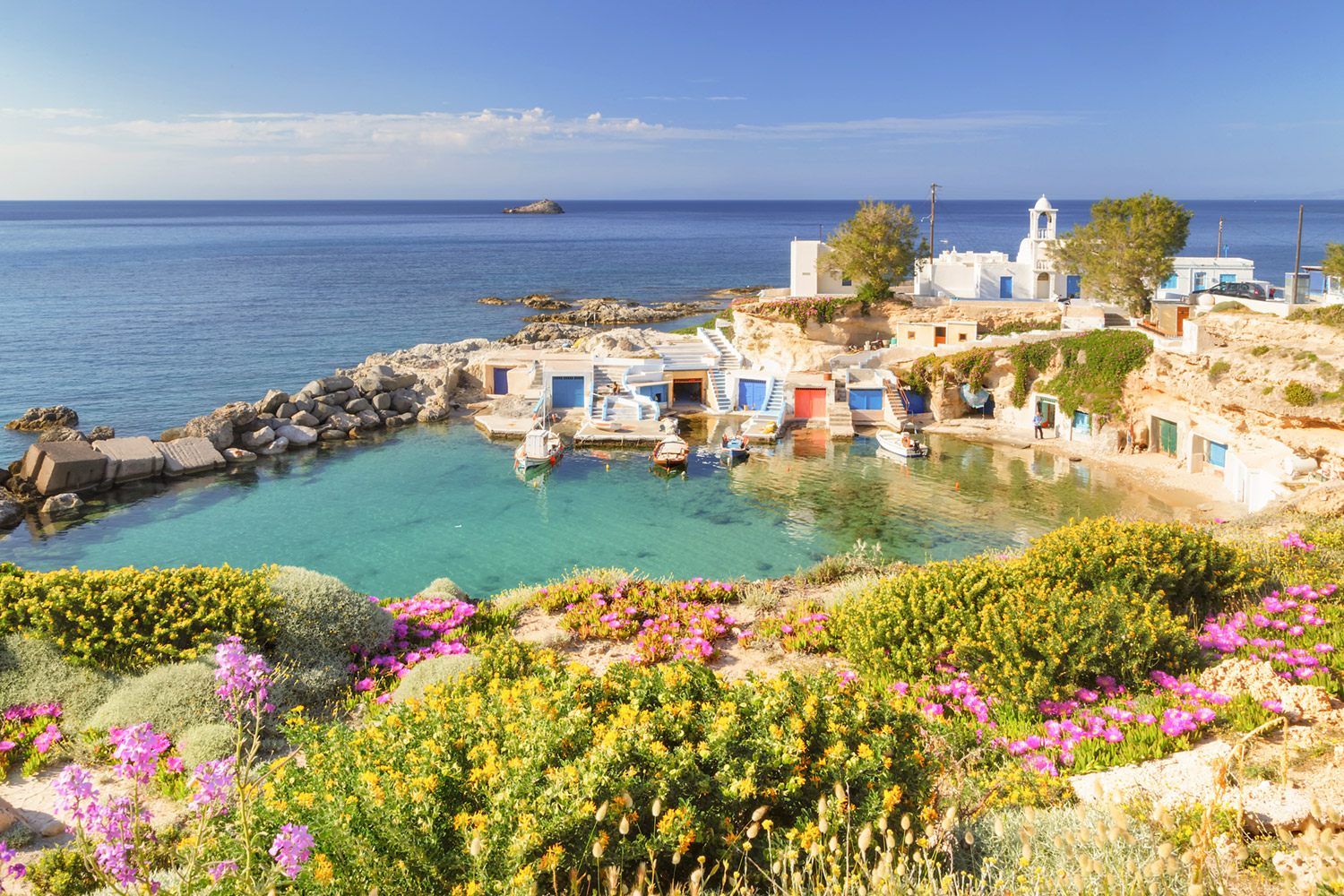 The Greek island of Milos is known for its colourful architecture and serene beaches off the beaten path.

Mykonos, Santorini and Ios get all the attention, but several lesser-known islands in the Cyclades group offer a chance to witness Greek island life away from the crowds. Naxos is dotted with ancient sites dating all the way back to the Stone Age; its impressive Archaeology Museum is housed in a Venetian edifice and is definitely worth seeing. Folegandros is like a trip back in time with its quiet medieval towns and traditional restaurants. Then there’s Milos, where you can explore windmills and catacombs before spending the rest of the day on some of Europe’s best beaches. Having your ferries organized and safeguarded for you ahead of time will give you more time to spend exploring the islands.

The easy way to do it all

These experiences and many more are included in Air Canada Vacations’ European break packages. Take the hassle out of travelling to Europe: These itineraries include unforgettable activities, accommodations, flights, hotels, meals, transfers and more. They’re also economical, with early booking savings, connector rates and a free registered bag per person. Find out more at Air Canada Vacations. 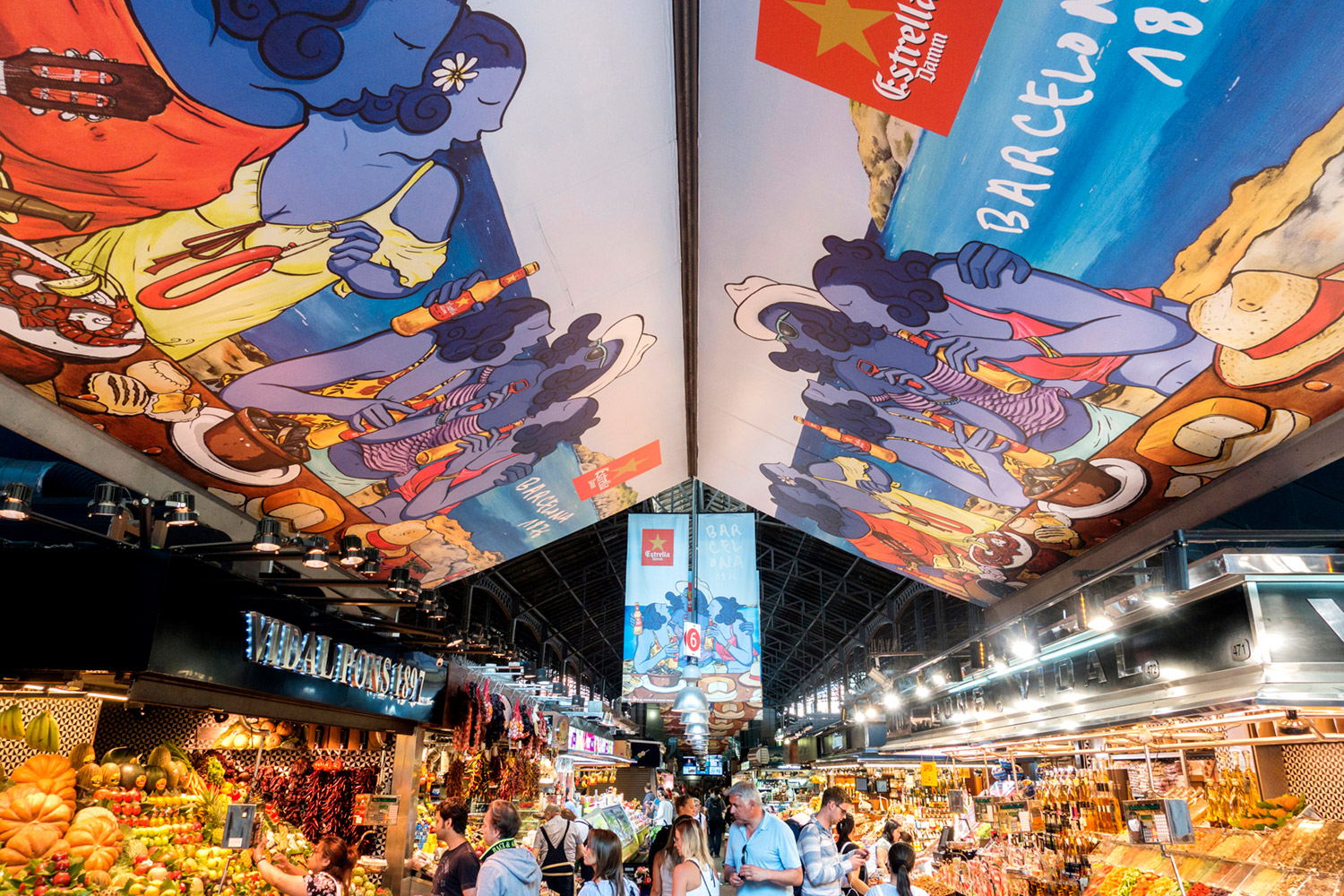 La Boqueria market is one of the best places to stop in Barcelona for a bite of authentic tapas and a glass of wine.

Known as one of the world’s best food markets, Barcelona’s La Boqueria has existed in one form or another since the 13th century. These days it’s a colossal cornucopia with acres of stalls selling everything from candied fruit to offal and everything in between. The market is also home to a number of tapas bars where you can stop and refuel with a glass of wine and a bite to eat.

One of the best ways to experience La Boqueria is through a cooking class. A trained local chef will teach you how to select the freshest seasonal produce and introduce you to their favourite vendors, before taking you back to the kitchen to turn your raw ingredients into an authentic Spanish meal. 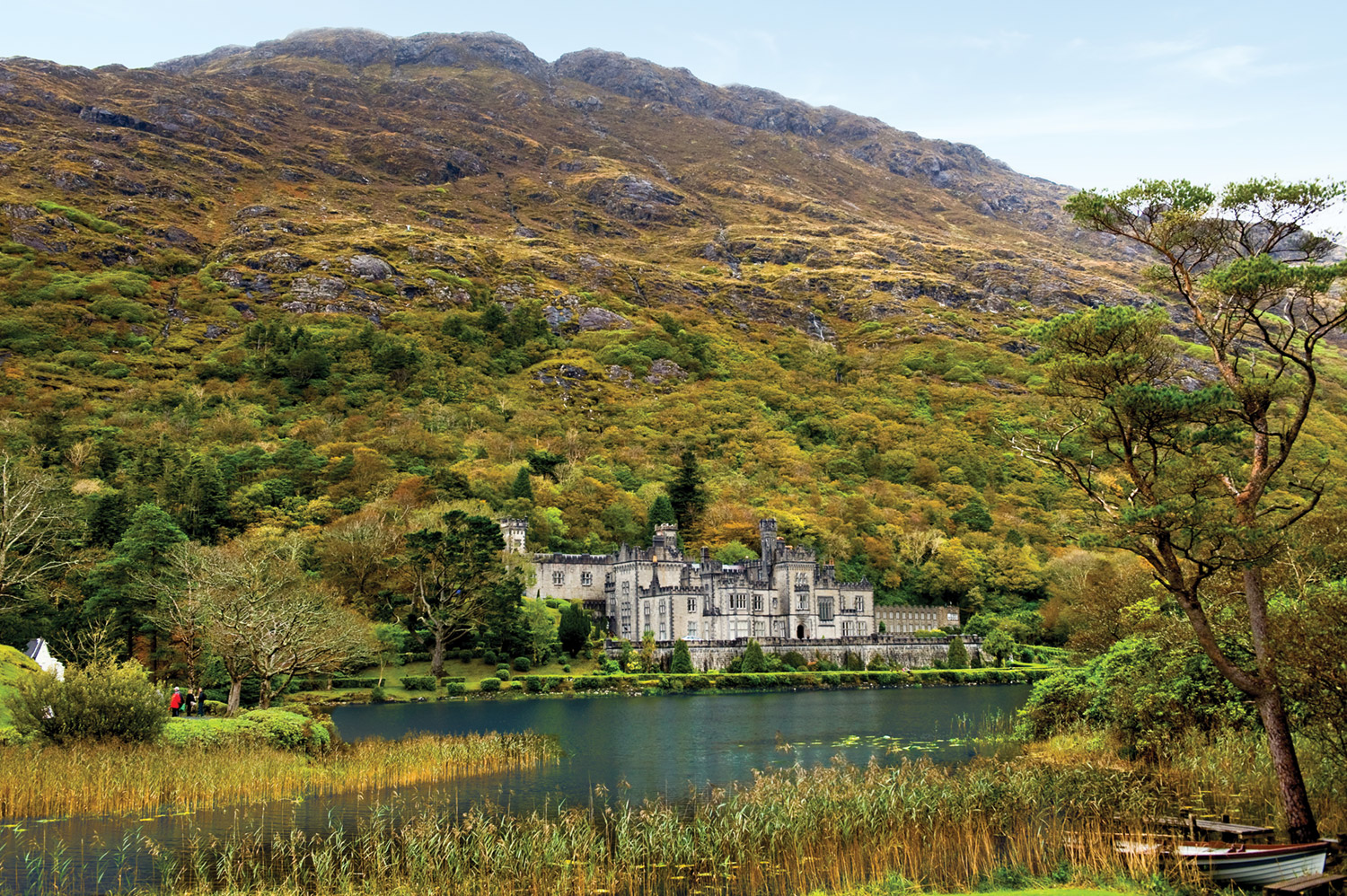 Connemara, Ireland is home to rolling hills and long history of folklore.

Roll over the green, green hills of Ireland

While Dublin is a go-to for Guinness brews and Irish culture, you’ll see a different side of the Emerald Isle when you visit the wild western region of Connemara. This mountainous area near the Atlantic Coast remains a stronghold of the Gaelic language, and you may be surprised to see English disappear from road signs as you drive in from the town of Galway.

Connemara is also the setting for many Irish myths, legends and folktales, some of which might even be true. Travelling with a folklorist is a great way to learn about figures like the giant Finn McCool and the pirate queen Grace O’Malley. But you’ll have to decide for yourself whether you believe in the monster that resides in Ireland’s answer to Loch Ness, Lough Nafooey. 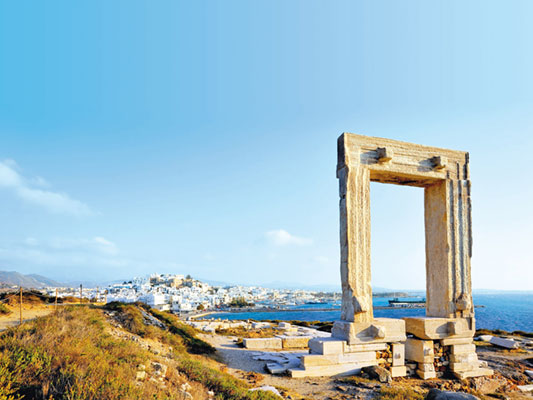