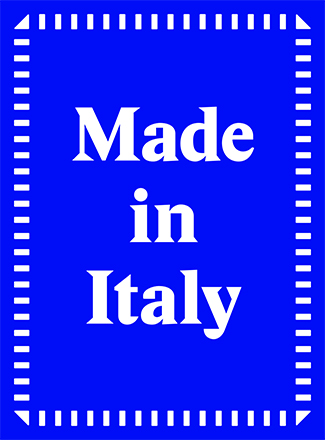 Everything you need to know about buying authentic Italian for guaranteed quality. 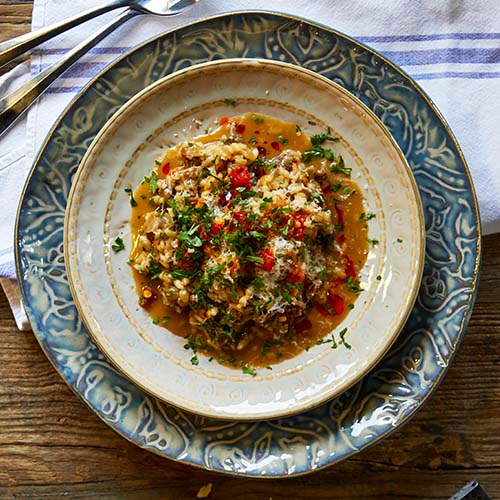 Risotto! A step-by-step guide to crafting a classic Italian dish.

Where does it all come from?

Where does it
all come from?

Welcome to white truffle country, where Tartufo Bianco is celebrated in a festival every fall. The local dish of Brasato al Barolo is veal marinated in the “king of wine,” Barolo. 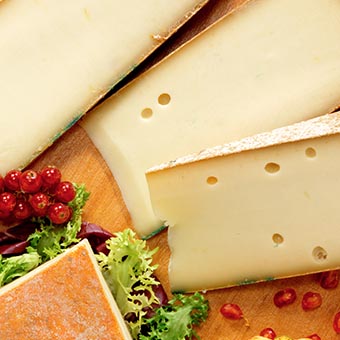 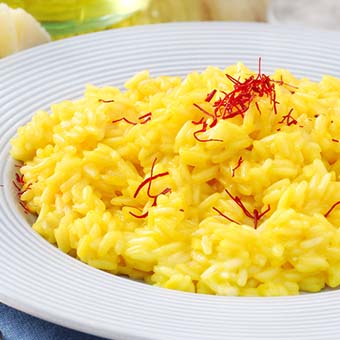 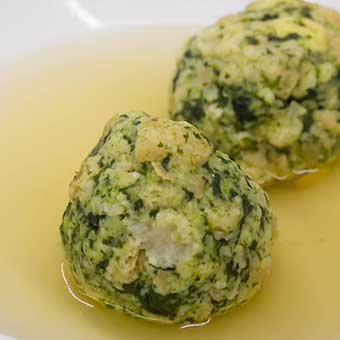 Mountainous and often chilly, this region prides itself on hearty fare. That means a flavourful meat broth with canederli: dumplings made with Speck Alto Adige IGP (smoked ham) and the perfect dish for the cold season. Overtop, locals may grate Asiago DOP and drizzle with Olio Extravergine di Oliva Garda DOP. 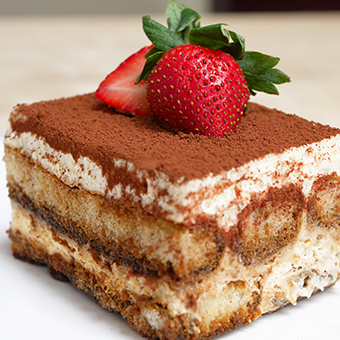 Polenta and Vialone Nano Veronese IGP rice are staples here, where the language and culture are unlike those found in any other part of Italy. Fish and seafood abound, and no meal is complete without the region’s signature dessert, tiramisu. 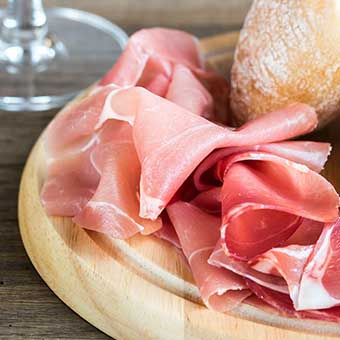 Prosciutto di San Daniele DOP is one of the best-known specialties in this multicultural region. Locals enjoy cured meats, barley soups and dumplings. Frico, a cheese crisp, is made with savoury local Montasio. 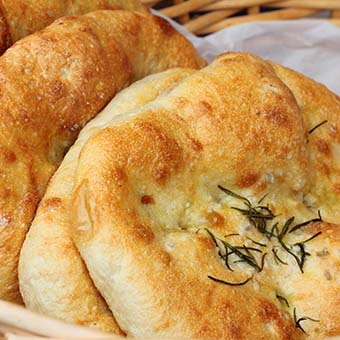 This region is a pesto lover’s dream. Made with young, fresh Basilico Genovese DOP, the sauce is creamier and milder than other styles. Put a dollop on pasta or slather it on local focaccia. 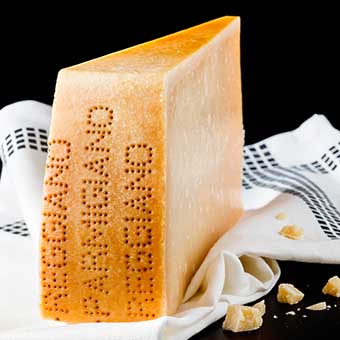 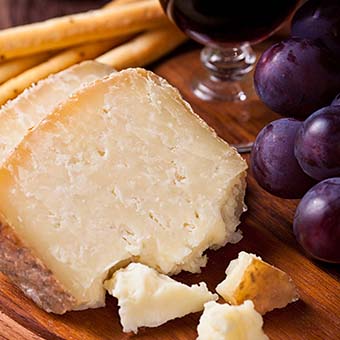 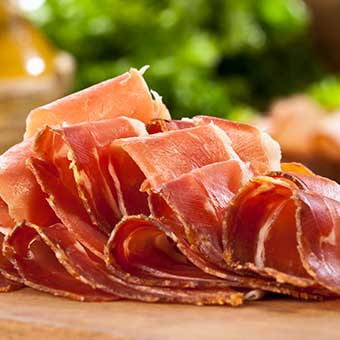 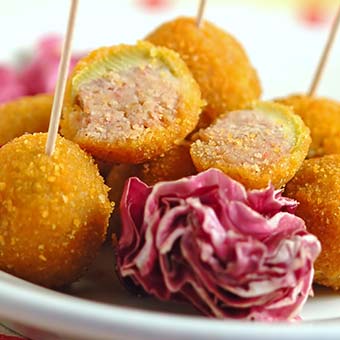 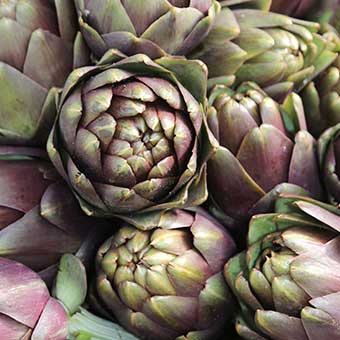 Carciofo (artichokes) are especially popular here. They’re stuffed and fried, or braised, and served as an antipasto or side dish. Lazio’s Nocciola Romana DOP (hazelnuts) are a staple in sweets throughout Italy. 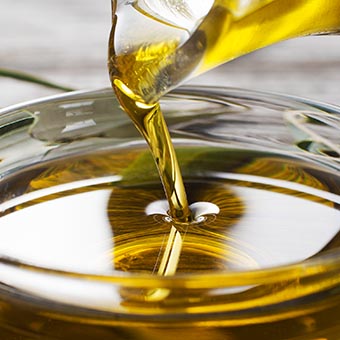 With its robust character (unlike most olive oils made in the north), Olio Extravergine di Oliva Molise DOP is ideal for sausage pasta, as well as roasted lamb, a regional specialty. 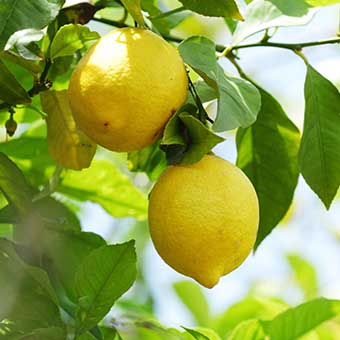 A visit to this region must include Neapolitan pizza, which is overseen by the Associazione Verace Pizza Napoletana. It’s a delicious match with lemonade or limoncello, made with Limone della Costa d’Amalfi IGP. 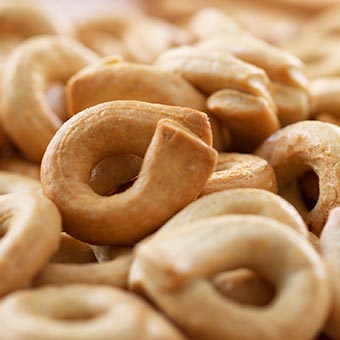 Small but mighty, taralli (baked ring of knotted dough) leaves a lasting impression, especially when served as an aperitif with other Apulian favourites, like burrata di Andria, fallone di Gravina, canestrato pugliese, and naturally, a glass of Primitivo di Manduria DOP, one of the region‘s best vinos. 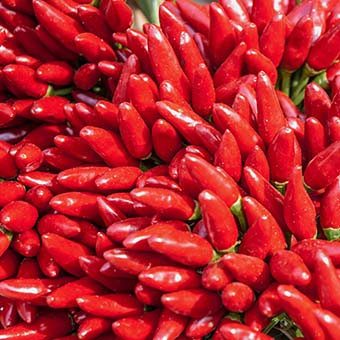 Peperoncino (hot chili peppers), along with garlic and olive oil, form the traditional base for most sauces. Fagiolo di Sarconi IGP (dried beans) are often included in this region’s veggie-heavy cuisine. 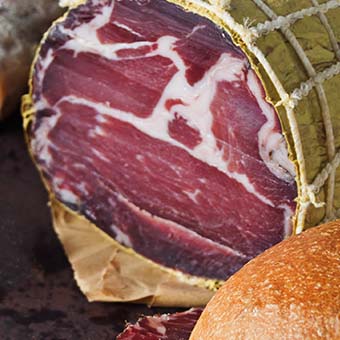 When the heat is on, locals enjoy sandwiches made with Capocollo di Calabria DOP, served with a salad of local Capicolla Rossa di Tropea Calabria IGP (red onions) and sun-ripened tomatoes. 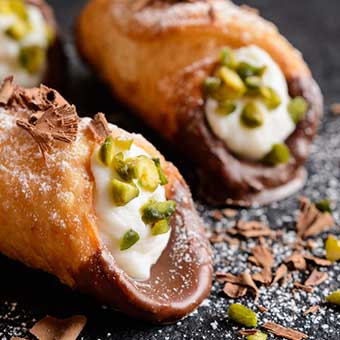 The legacy of early Greek inhabitants is evident in sheep’s milk cheeses such as Pecorino Siciliano DOP. For dessert: cannoli and wedges of Arance Rosse di Sicilia IGP (blood oranges). 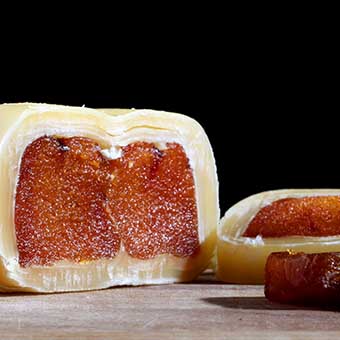 Bottarga di Muggine is one of the hallmarks of Sardinian food culture. Its history can be traced back to the dawn of civilization, to the Phoenicians, who 3,000 years ago began to salt and dry grey mullet roe. Bottarga is often served with lemon juice as an appetizer or used in pasta dishes. 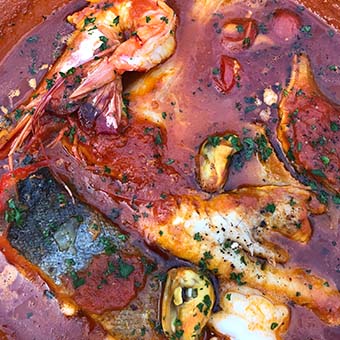 The most famous export from this region is arguably Montepulciano d’Abruzzo, a light, food-friendly red wine. Locals sip it with brodetto, a fish soup flavoured with Zafferano dell’Aquila DOP (saffron).

Simple and delicious recipe ideas made with authentic Italian ingredients.

Say it with gusto!