Killarney Provincial Park in Ontario inspired many Group of Seven painters with vistas such as this. Handout provided by Ontario Parks / HANDOUT

Michael Burtch is a sleuth. Not a detective of crimes, but an art historian who tracked down many of the exact spots where Canada’s iconic Group of Seven painters set up their easels and 100 years ago captured some of the paintings that are now synonymous with Canada. 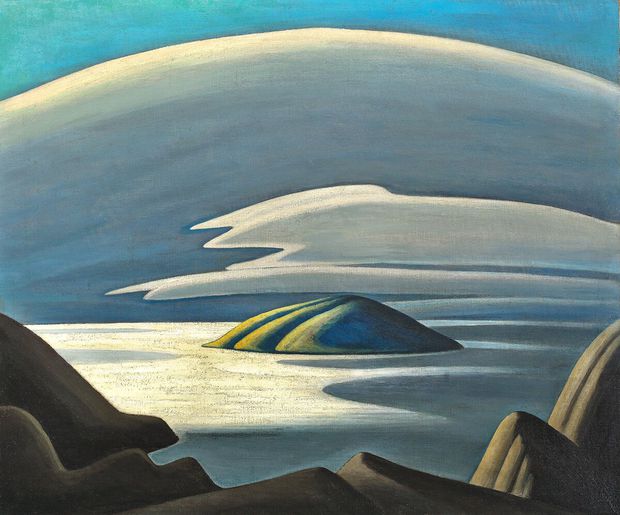 And his investigative work makes a kind of time machine available to those who want to experience the “mystery and awe” of the Canadian landscape through the eyes of these at-the-time rebellious artists, who sought to capture not a precise reproduction of a scene, but its essence, its effect on a human soul.

“They were able to capture the land’s primal quality,” says Burtch, also an artist, a retired adjunct professor at Algoma University in Sault Ste. Marie, Ont. and past director/curator at the Art Gallery of Algoma.

Who were the Group of Seven?

Tom Thomson, though not an official member, was the artist who inspired the others to go into the wilderness and capture the rugged beauty of the Canadian Shield and boreal forest.

Influenced by modern artistic styles such as Post-Impressionism, they shaped not only the modern direction of Canadian art but also Canadians’ sense of their land.

It may be strange for people today to think that at the time, they were considered risky radicals, veering from the European, respected art traditions of the time. 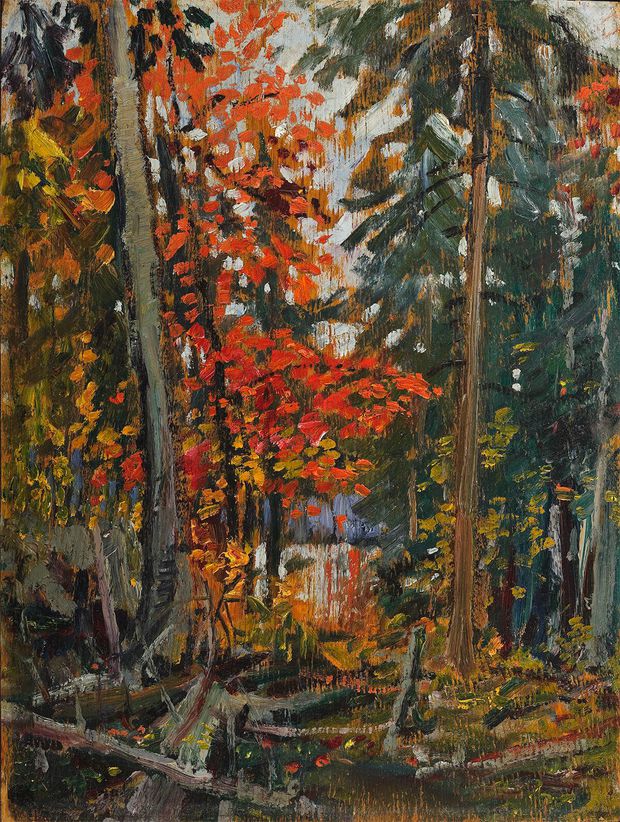 “Like many people of my generation, I grew up with images of the Group of Seven,” says Burtch. He grew up in Kingston, Ont. and, “In Grade 1, the school’s auditorium had images like [MacDonald’s, The Solemn Land].”

He ended up studying art history at Queen’s University and started his sleuthing in Algonquin Provincial Park, in southeastern Ontario, looking for sites that Thomson had painted.

“In reading letters if you’re on the site, you can recognize what they are talking about,” he says about the excitement of discovering an exact match to one of the paintings.

Though Thomson died before the Group of Seven officially formed, he was an inspiration for the other painters, to explore and paint the Canadian wilderness and create a new, unique style of Canadian art.

But in 1914, the First World War broke out. Jackson and Harris enlisted, and Jackson was seriously injured.

After the war, the Group of Seven members found solace in the pristine, rugged beauty of the Algoma area.

In 1981, Burtch moved to Sault Ste. Marie. This is where he turned his attention next, to finding the sites they painted along the east and north sides of Lake Superior, where they returned year after year for about a decade. 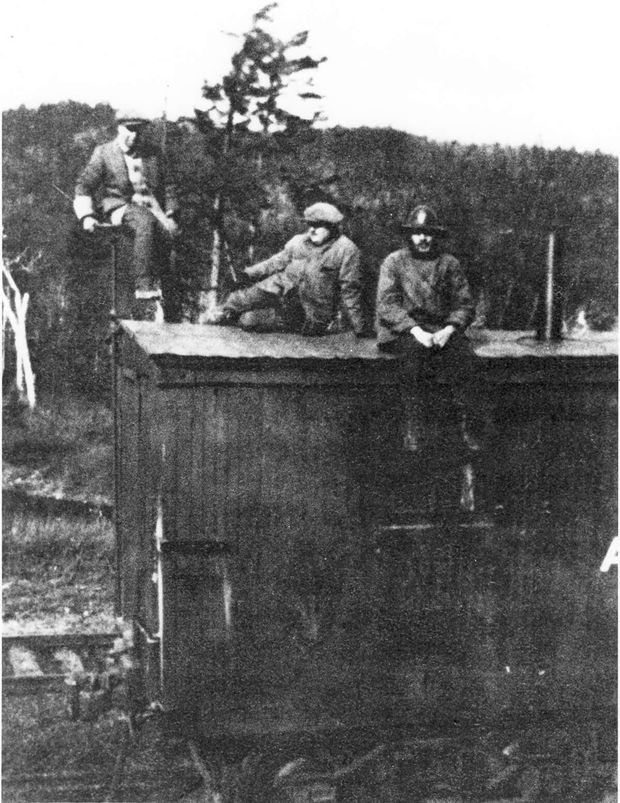 The project became a documentary, Painted Land: In Search of the Group of Seven, co-produced with the writer-photographer team Joanie and Gary McGuffin.

Canadian National Railway donated a train car and they converted it to look like the wooden box car members of the Group of Seven stayed in while painting in the area. Visitors can see it at the Machine Shop event venue in Sault Ste. Marie.

Through reading archival letters and journal entries, and canoeing, hiking and climbing to spots and comparing the views to Group of Seven paintings, the three tracked down precise locations of their famous paintings.

“They were able to find magic in these places. … That’s why the Group of Seven still resonate with people.”

As Joanie McGuffin says in the documentary: “Going out and looking at the land and finding the sites where these Group of Seven painters painted, sitting at the exact location on a flat rock or getting at the edge of a set of rapids and realizing that this landscape is speaking to us from not just a century ago but it speaks to us all from millions of years ago. I think there was something in that ancient primeval relationship that human beings have with nature, they got to that essence in their paintings.” 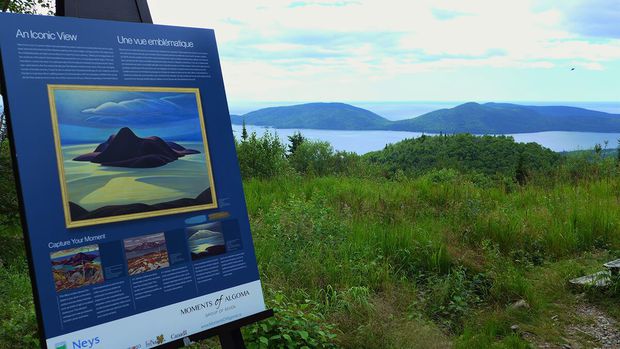 Neys Provincial Park is the site of many of Lawren Harris’s most iconic works. The trails are studded with interpretive panels telling stories about the Group of Seven’s time in Algoma, each with an image of a painting by one of the members. Handout provided by Ontario Parks / HANDOUT

For Burtch, the fact that many young people today do not know about the Group of Seven, or even have had the chance to experience the land, drove him to take students on trips into the wilderness.

“When you take a young person for the first time to one of these sites” that the artists painted, “the primal landscape now more than ever is so important.” He refers not only to the need to protect the environment from degradation through climate change or development, but to the potentially transformative human experience.

“It’s a total sensory experience. The total quiet … going into the country, the difference in the level of noise.” He describes paddling along Mongoose Lake, north of Sault Ste. Marie, as the Group of Seven artists did, hearing the babbling of the creek, waterfalls and birds, much as they did.

One of the people who participated on a trip through Group of Seven land with Burtch is Annie King.

A former student and now part-time faculty at Algoma University, King accompanied Burtch and a group of students on a three-day trip to Montreal River in 2013.

They started in Sault Ste. Marie and travelled up the east shore of Lake Superior by train – the same way the Group of Seven artists travelled to areas they painted.

The students went with their backpacks, tents and gear to a property Burtch had secured, directly overlooking a specific site Group of Seven artists had painted.

“The landscape here is so special and the Group of Seven recognized that,” King says, adding, “You can travel to these sites and it’s not much different than when they were painting.”

The experience offers something bigger than oneself, she says. “The rawness of it … the grandness.”

From the quiet to the quality of the light, to the colours and the effects of the weather – “You don’t get that when you are just reading about it in a text or online.” 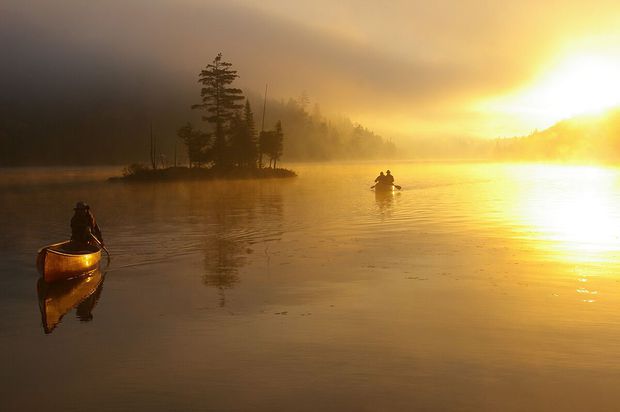 While filming the documentary, Painted Land: In Search of the Group of Seven, Burtch canoes on Mongoose Lake in Algoma in the fall of 2014 with co-producers Joanie and Gary McGuffin. Gordon Smedley / HANDOUT

“When we were emerging post-Vimy, when we were trying to gain a sense of national identity, the Group of Seven provided Canadians a poignant way of looking at Canadian identity,” Burtch says.

And when visitors go to these sites, even if they don’t find the exact spots the Group of Seven painted, they can participate in that universal experience of the land, he says.

However, Burtch reminds us that Indigenous art has depicted our environment for a long time, and we should be mindful of that when experiencing our landscape and consider adding visits to Indigenous galleries to any trip planned around experiencing the land through artists’ eyes.

For those who want to experience Ontario’s wilderness for themselves, the Group of Seven can serve as almost a tour guide to experiencing the land.

There are any number of ways to walk in their footsteps, from those who prefer to go by car, to experienced campers and canoers.

Driving around the Algonquin area, visitors can see mural reproductions of paintings through The Group of Seven Outdoor Gallery in the Lake of Bays area, including in Huntsville, at Deerhurst Resort and the town of Baysville. There are also two murals at The Portage Store at Canoe Lake in Algonquin Park.

Car camping as well as back-country camping are available, with activities ranging from canoeing to interpretive hiking trails. 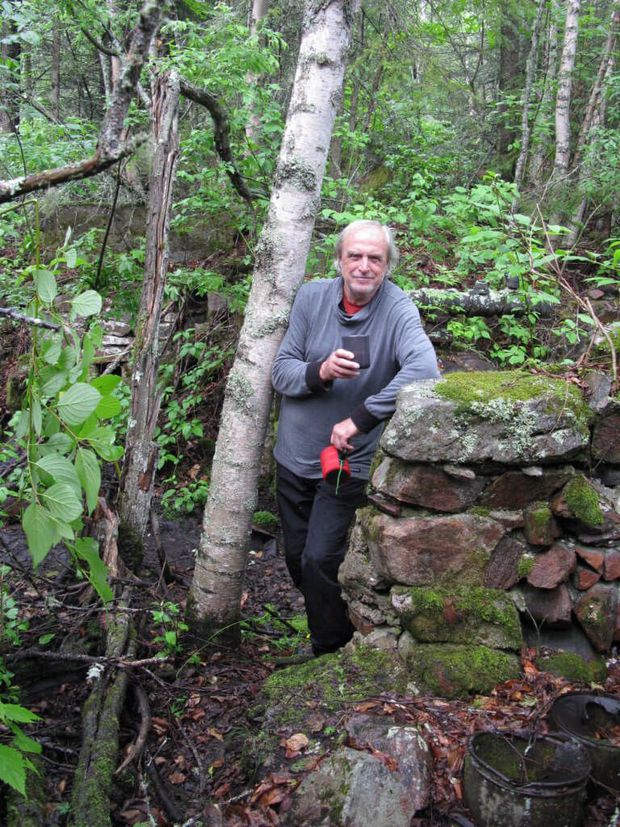 Burtch stands in the overgrown ruins of the Jackfish Hotel on the north shore of Lake Superior, where in 1925 Group of Seven painters Lawren Harris, A.Y. Jackson and Franklin Carmichael stayed as they waited for a boat to take them to the Slate Islands. Deborah McLean / HANDOUT

You can drive from Sault Ste. Marie to Terrace Bay, where there are 16 interpretive panels, with images of Group of Seven paintings which tell the story of the Group of Seven and their travels in Algoma and along the shore of Lake Superior. For a map of locations of the panels you can visit MomentsofAlgoma.ca

There are several provincial parks where you can camp and walk in the footsteps of the Group of Seven. For instance, Neys Provincial Park offers vantage points especially beloved by Harris.

While the Agawa Canyon Tour Train, a one-day scenic train ride from Sault Ste. Marie to Agawa Canyon Park is not running in 2020 due to COVID-19, it is a popular experience and you may wish to consider it for a 2021 trip.

This year, 2020 is the 100th anniversary of the founding of the Group of Seven, some of Canada’s most celebrated artists. Travellers can experience the Group of Seven’s spectacular works of art in galleries across Ontario. Check with individual galleries regarding current operating times.

For more on all these attractions, including additional itineraries that you can follow on your trip, visit GroupofSevenContinues.ca.

Ontario encourages everyone to travel safe during this time and follow public health guidelines. It is important to practice physical distancing, frequent hand washing and wearing a non-medical face covering where required or where physical distancing is a challenge.

Discover Algonquin Park and Killarney through the Group of Seven

Why Northern Lake Superior is a must-see destination

A Superior Group of Seven experience