The cost of medications continues to rise, with prescription drug spending having increased in Canada from $2.6-billion in 1985 to $33.7-billion in 2018. Ballooning drug prices and a patchwork of coverage from 100 public and 100,000 private insurance plans mean that a growing number of Canadians across the country have trouble accessing the medications they need.

“We need a strategy that takes us into the future,” suggests Stephen Frank, president and CEO of the Canadian Life and Health Insurance Association (CLHIA), a not-for-profit, membership-based organization representing Canadian life and health insurance companies. “What is required is a collaborative approach, where public and private health insurance providers work together more closely.”

Reforms can help to expand access to medication while reducing costs in the system, says Mr. Frank. “Let’s identify where the problems are and collaboratively address them while protecting the things that are working well. It is important to ensure that no Canadians are losing the health benefits they currently have.”

Mr. Frank supports the federal government’s efforts towards reform. But he comes to different conclusions than the recently released report of the Advisory Council on the Implementation of National Pharmacare. “We believe, as do many other stakeholders, that national pharmacare can be achieved quickly and in a fiscally responsible way through collaboration between public and private drug plans and without incurring the kinds of costs and risks that the advisory council’s approach would entail,” he says. 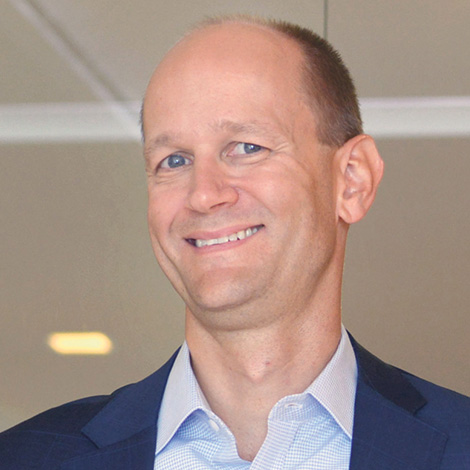 Let’s identify where the problems are and collaboratively address them while protecting the things that are working well. It is important to ensure that no Canadians are losing the health benefits they currently have.

“Access to medication across Canada currently varies, depending on the province where you live or who your employer is,” says Mr. Frank. “Creating a standard drug formulary, which would be met by all federal, provincial and workplace plans, could serve to ensure more equal access to drugs across Canada, but we see it as a base rather than a ceiling, since many regions and employers would potentially offer a more robust coverage.”

The formulary would include recommendations on orphan drugs, medication for rare diseases, which can be very expensive. “We need a scientific and analytical approach to determining which medication should be made available,” he says. “We also need to think about how to share some of the costs of orphan drugs.”

Recent federal budget announcements included funding for orphan drugs as well as a proposal for creating a Canadian Drug Agency, responsible for assessing the effectiveness of new drugs, negotiating drug prices on behalf of Canada’s drug plans and recommending the best-value-for-money drugs.

Canada is among the countries that pay top prices for medication, explains Mr. Frank. Currently, public plans jointly negotiate national drug costs through the pan-Canadian Pharmaceutical Alliance (pCPA), but the prices determined by these negotiations are not always available to employers or individuals paying out of pocket.

Implementing a stronger central negotiating power that includes all drug plans can achieve significant savings, he believes. “By including everyone in the pricing negotiations, we bring the full purchasing power of the Canadian market to the table, which should help to bring down costs and make sure people pay the same for drugs, regardless of whether they are paid through an employer or the government.”

The technology is already in place, he says. “The pCPA has the structure and IT capabilities to include everybody in the negotiations. We just have to make the decision and implement the appropriate processes and oversight, and then make the system more robust over time.”

We are entering a new – and exciting – era in medicine with innovative drug therapies and health technologies and new treatments for rare diseases promising better outcomes. But what do these developments mean for the long-term sustainability of health care and health insurance providers? And how can we ensure Canadians have access to the drugs they need?

Responsible reforms, which don’t damage the aspects that are working well, “can enable us move into the future, as more expensive drugs will hit the market,” adds Mr. Frank. “By making the system better, we can lift everybody up.”