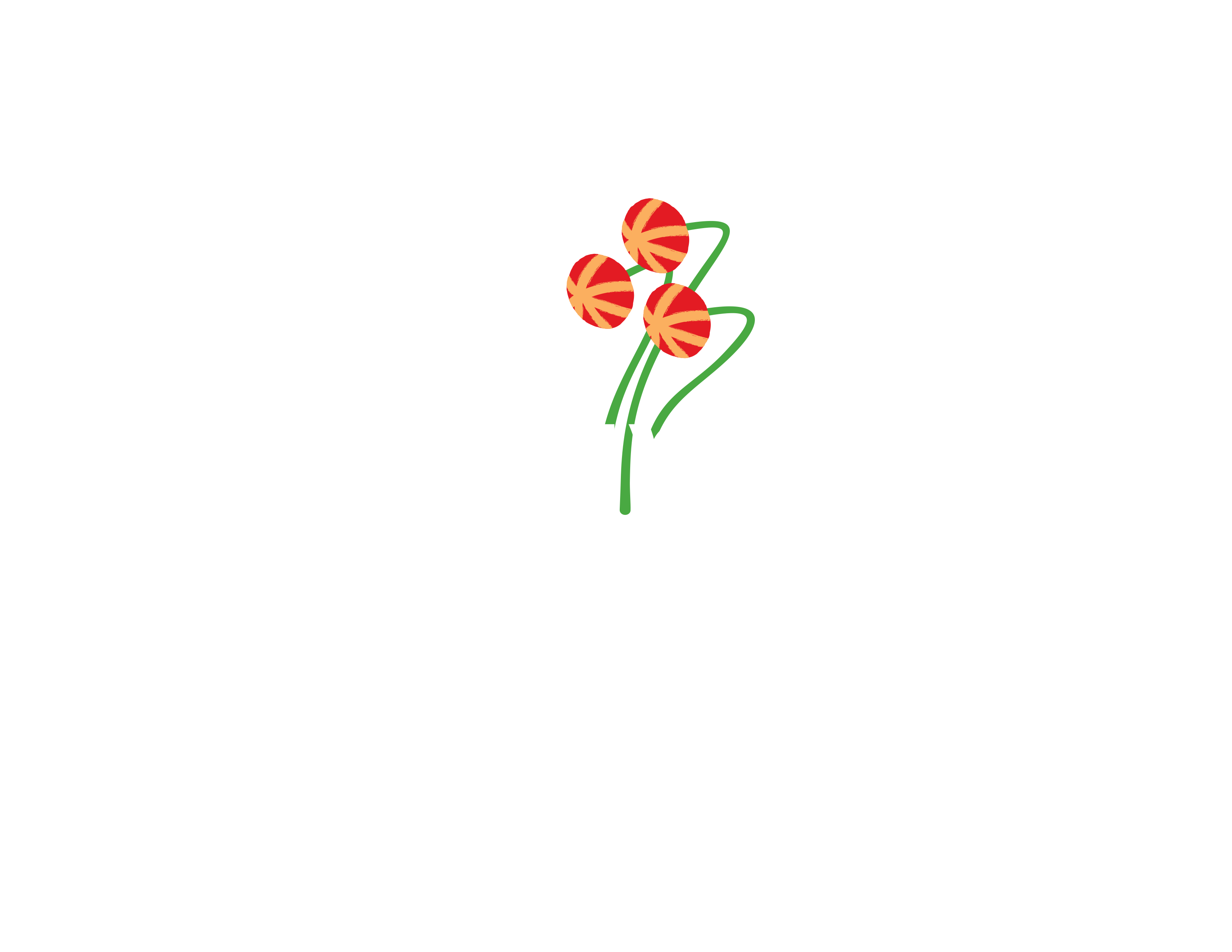 For lovers of the great outdoors, the grandeur and scale of Newfoundland and Labrador’s Gros Morne National Park is an experience not to be missed. It’s a special place where even the rocks tell a story

Gros Morne National Park is a place you might not believe unless you see it, because it is full of such surprising contradictions.

The waterways are huge, breathtaking, dramatic and deep – but the locals call them ponds.

It’s one of the few places on earth where the layer between our planet’s outer core and its inner crust is naked and exposed – and you can walk on it.

It can be easy to spot a moose or a caribou – but you might walk for miles, or days, without seeing other people.

“Even the rocks tell a story here,” he says.

Named after its largest peak, which means “great sombre” in French, Gros Morne is a UNESCO World Heritage site and has been a national park since 2005. (It was a park reserve before that.) The 1,805 square kilometre park, located on the west coast of the province, is about three times the size of Toronto’s 416 area code space.

“The grandeur and scale of Gros Morne is simply overwhelming. It has the feeling of some of the better-known parks in the West, except you can really enjoy it without crowds of other people,” says Finn Beales, a photographer and travel writer based in Wales, U.K., who has toured the national park.

“I love places like this where you can see how spectacular nature is and how small and insignificant we human beings are in comparison,” he says.

There are so many spectacular aspects to Gros Morne that it’s hard to know where to start, Hingston says.

“What really makes it stand out is the incredible diversity of its landscape,” he says. “It has forests, oceans, mountains, Arctic alpine habitat, boreal forest, a lot of ‘barrens,’ and this diversity extends to the underlying geology.”

The story of Gros Morne is literally as old as time, a place where worlds collide. Visitors can walk up and onto the exposed mantle and ponder how rock from the centre of the earth could be right where they are standing.

“It wasn’t until the 1960s that scientists realized that it’s evidence of how the continents collided,” Hingston says.

Called the Tablelands, these flat-topped, reddish-brown rock structures were formed approximately 500 million years ago when two ancient continents collided, thrusting up a section of mantle rock and ocean crust.

Most of the time, the product of continental drift is buried underneath mountains or the ocean floor, but here in Gros Morne it’s exposed and walkable, looking like an alien landscape compared to the lush greenery surrounding it.

The Green Gardens Trail in Gros Morne offers up stunning views for hikers.SUPPLIED

Another one of the park’s main attractions is Western Brook Pond. At 16 kilometres long, with an average depth of 72.5 metres, it would be called a giant lake or fjord anywhere else. But it’s still a pond here.

“In Newfoundland, any body of fresh water is a pond. We don’t care what size it is,” notes Hingston. “Western Brook Pond is essentially a big gash through the mountains, carved by glaciers. The glaciers move and scrape up a hole and fill it with melted water.”

One of the most popular excursions for visitors to Gros Morne is the Western Brook Pond boat tour. In non-pandemic times, the two-hour tour sails every hour, through a cavernous passage between granite and Canadian Shield that soars up to 650 metres high.

In addition to the Western Brook Pond boat tour, Gros Morne offers a variety of experiences for visitors. There’s fishing, of course (you need a national park permit to fish), and there’s also kayaking and several types of boat touring on Bonne Bay at the edge of the park.

“The beach stretches four kilometres, and a crowded day there will be 100 people, so if you want peace and quiet, you’ll find it,” he says.

Beales agrees that one of the primary attractions to Gros Morne is the wide open spaces that allow for solitude in nature.

“Gros Morne really feels untouched,” Beales says. “You can go on and on and not see anyone else.”

Terrain for every taste

Hiking in Gros Morne is a not-to-be-missed activity, along trails with evocative name like Trout River and Green Gardens.

On the latter route, hikers will amble by giant, rounded rock formations – called, appropriately, “pillow” lava – that were churned up from the bottom of an ancient ocean hundreds of millions of years ago. The nearby meadows, created when the broken rock pieces crumbled into rich soil, are lush and green, giving this part of the park its name.

Hikers in the Tablelands get the rare chance to walk on top of the earth’s mantle, which is normally hidden deep underground.SUPPLIED

While there are options for hikers of all abilities, expert hikers might choose the long-range traverse above the mountain plateau, at the far end of the Western Brook Pond boat tour route. Hikers must book this in advance and take the boat to get to there; only the most experienced and physically fit should try this trip.

Plans for access to long-range wilderness hiking in Gros Morne for 2021 are still being finalized and are subject to change. However, the park is planning to open its visitors’ centre, where there will be a new art exhibit inspired by Indigenous communities.

Gros Morne has 260 campsites, spread over five campgrounds, with some offering semi-permanent tent structures for those who prefer a bit of “glamping.” Local communities also offer a wide range of accommodations, ranging from bed and breakfasts to hotels to rental cottages.

And while much of the allure of Gros Morne is its off-the-beaten-path atmosphere, some of the best experiences when visiting this destination can be meeting other people who live in the towns and villages nearby, Hingston says.

“It’s great to walk down the road and have a chance to talk to people who live here,” he says.

There’s a 100 per cent chance they’ll be friendly, he adds.

It is Newfoundland and Labrador, after all. 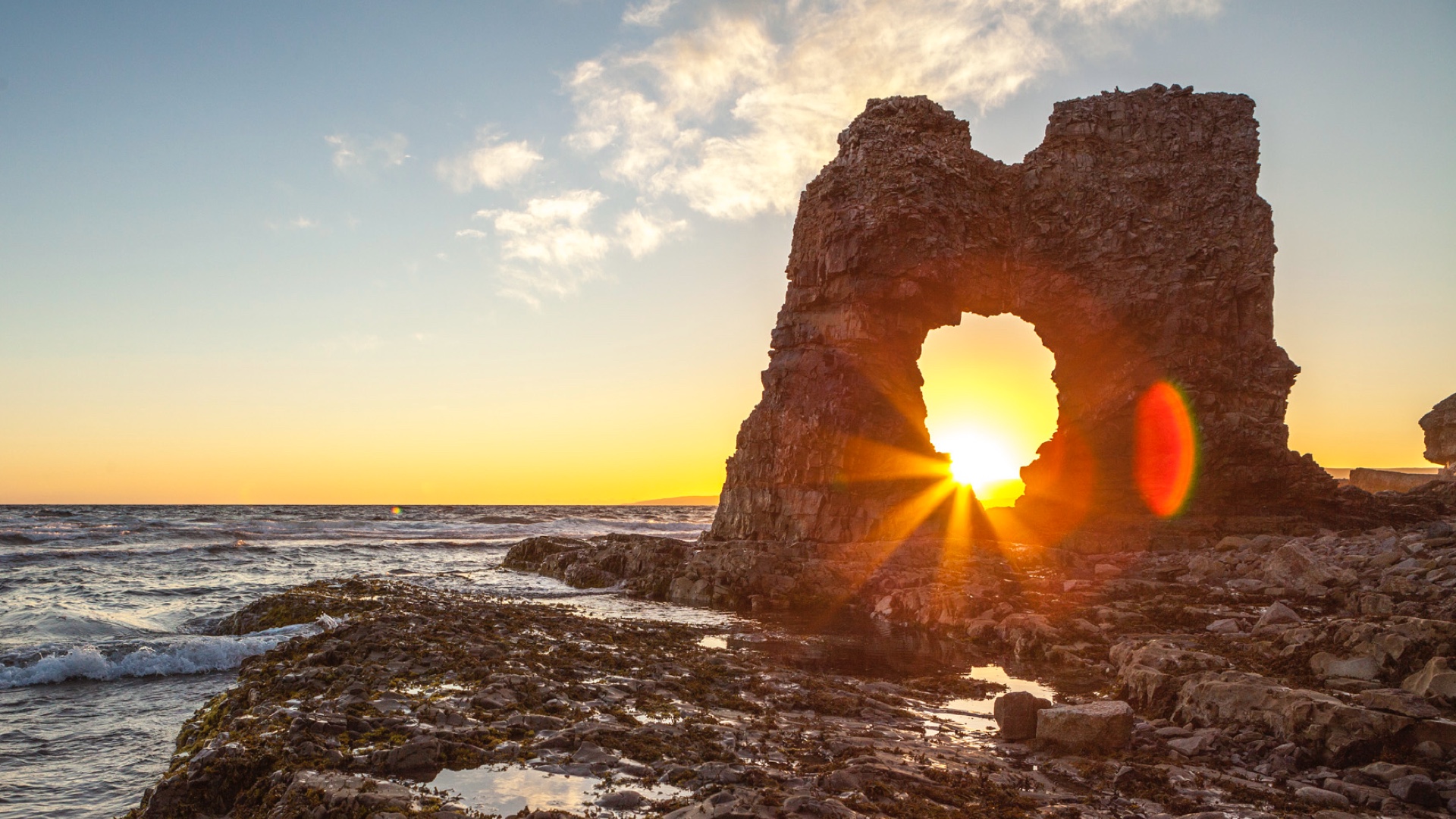 The off-kilter and amazing place names of Newfoundland and Labrador

Among the more than 900 cities, towns and communities in Newfoundland and Labrador, one thing stands out: the number of decidedly curious names. Here are just a few:

Blow Me Down
Actually, there are 17 different places in Newfoundland named Blow Me Down. It’s used by sailors to refer to abrupt headlands that rise out of otherwise navigable waters, making boats vulnerable to squalls.

Come by Chance
This well-known town was originally a portage across the Avalon peninsula; the French would plunder from the English and take their loot across a thick neck of land. The name Come by Chance evokes the idea of surprise attack. 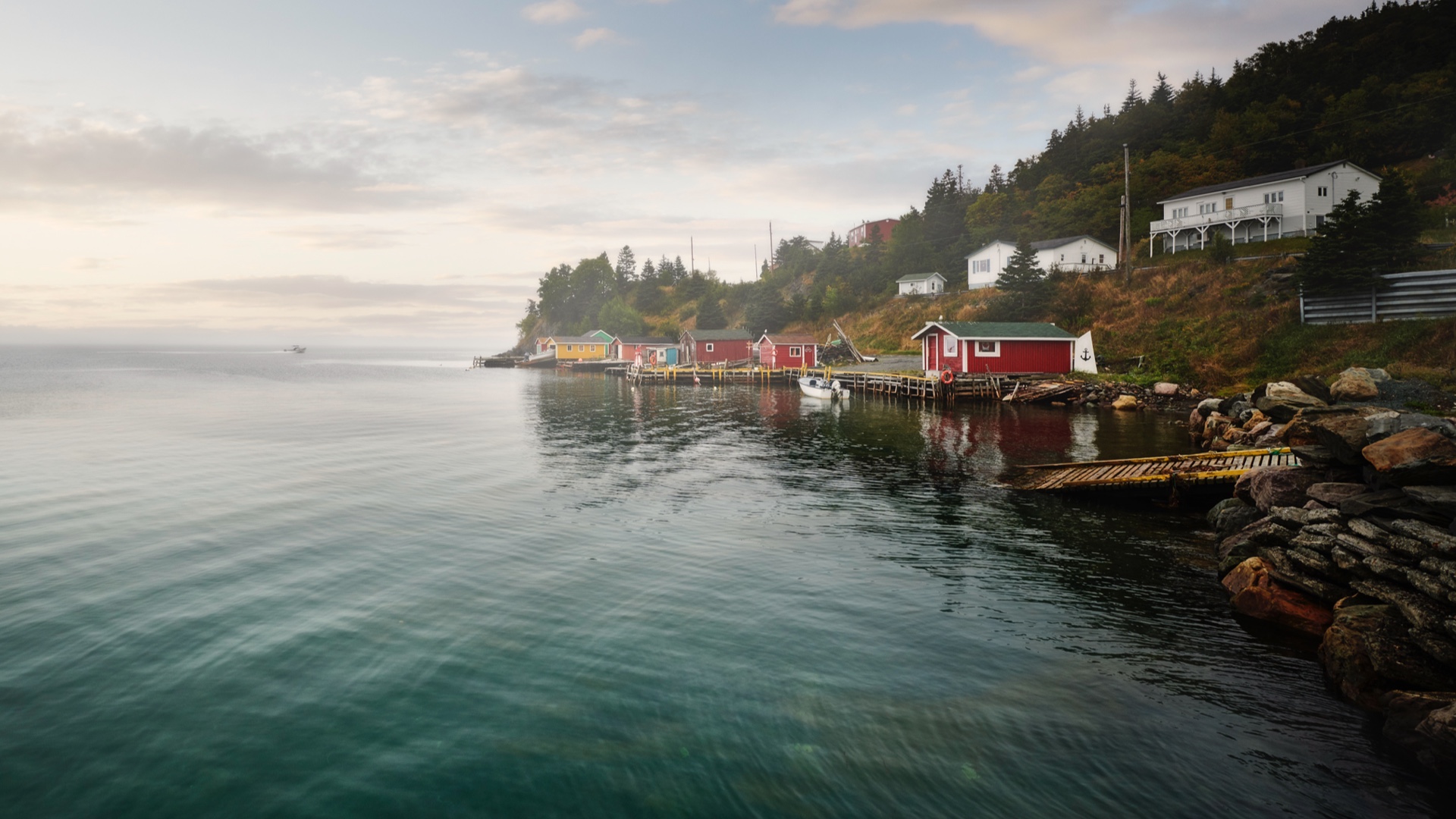 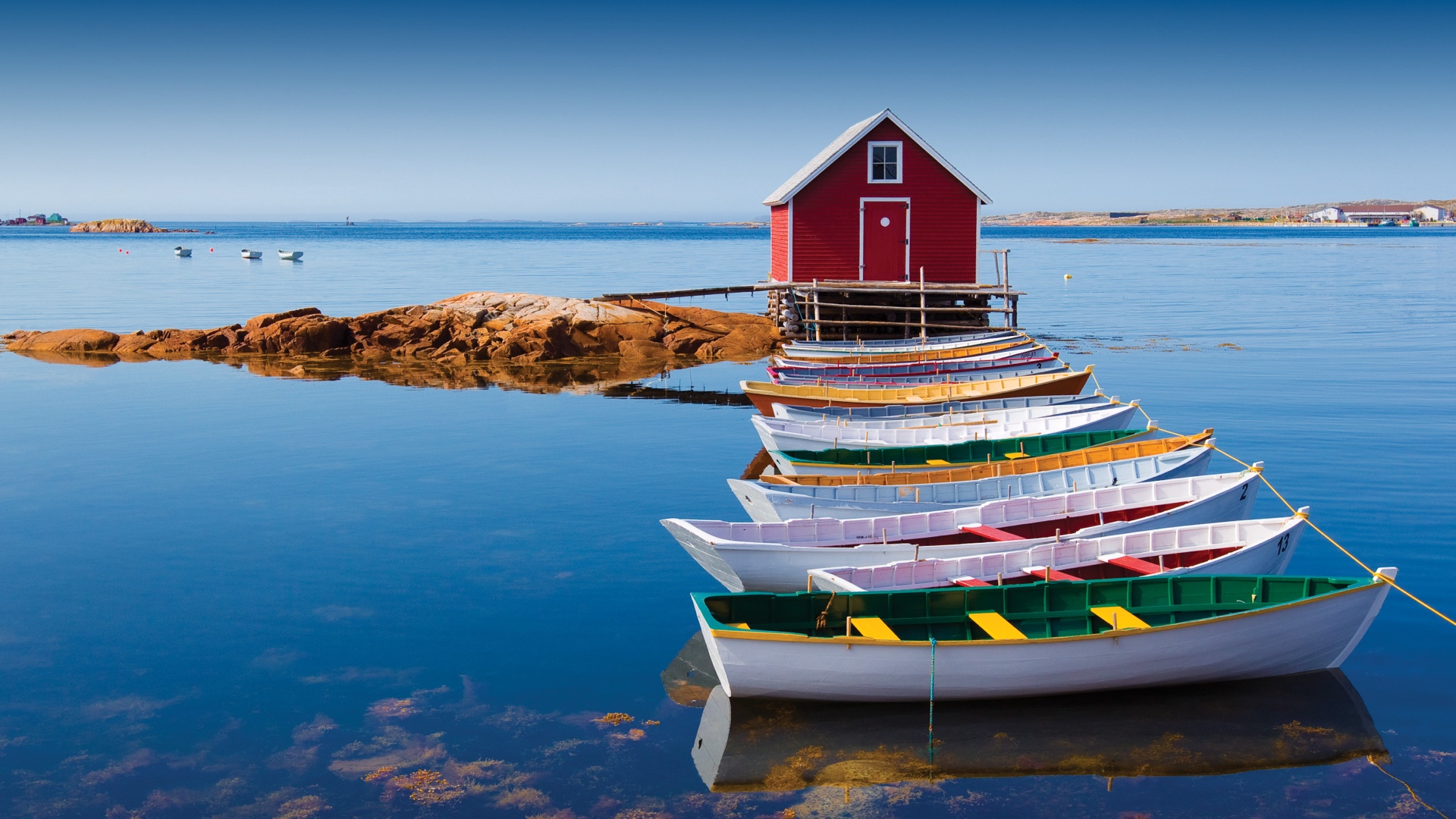 Joe Batt’s Arm
An arm is an inlet, and this one may be named after a sailor who jumped ship from the vessel of British explorer Captain James Cook. In any case, Newfoundland has lots of Arms – including Virgin Arm, Goose Arm, Middle Arm, Three Arms and Too Good Arm.

Pinchgut Point
On the shores of Placentia Bay (see below), this name reflects a scarcity of food.

Placentia
By the beginning of the 17th century, European fishermen had been visiting Newfoundland and Labrador and its offshore cod banks for nearly 200 years. The French name for the bay was Plaisance, but it’s believed that Spanish Basques first fished in the area, which they called Placentia.

Nameless Cove
If you’re lost here, you’re not the first. This place was originally called Flower’s Cove, until that name was claimed by folks at another cove a mile away in a 19th century government survey. It that’s not confusing enough, Mistaken Cove is next to both these towns.

Advertising feature produced by Globe Content Studio with Newfoundland and Labrador Tourism. The Globe’s editorial department was not involved.

Take a virtual trip to Newfoundland and Labrador 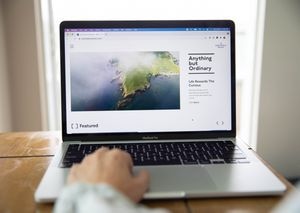 7000 islands to explore in Newfoundland and Labrador 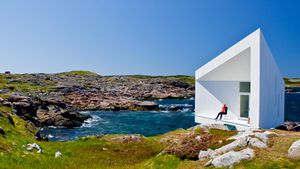