Eager to escape the touristy destinations of Europe in 2020? Venturing off the beaten path is a great way to uncover new activities, from food-focused experiences to cultural discoveries to historic excursions. But knowing where to start, especially when planning a vacation from abroad, is a challenge.

Air Canada Vacations is here to help. Europe is full of hidden gems: Here are a few to explore on your next trip. 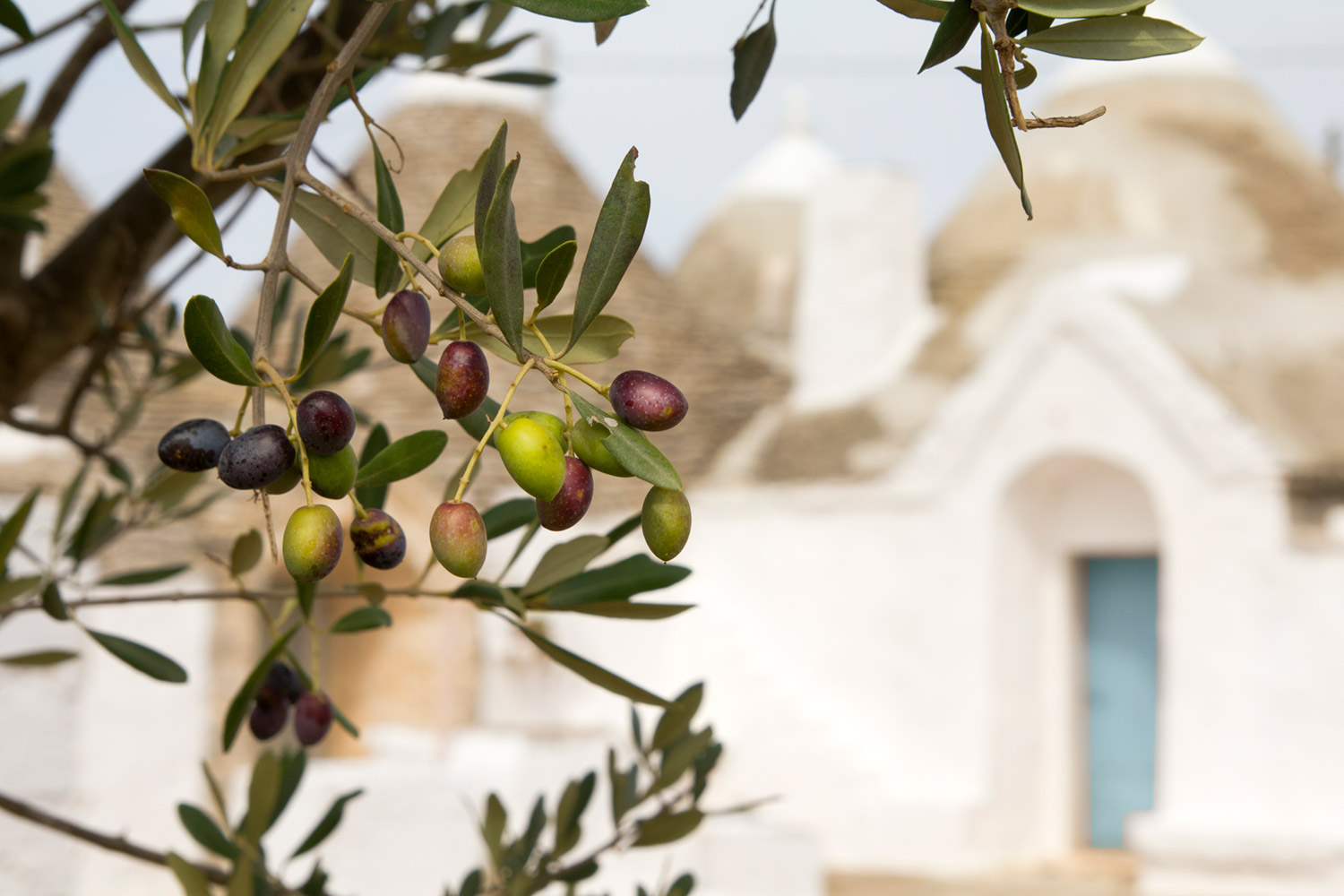 Puglia is home to a number of olive oil mills, with recipes and pressing techniques baked into the region's history.

Visit a traditional olive oil mill at a 17th-century Italian farmhouse, known as a masseria, and learn how the Romans pressed and stored oil. Next, embark on a walking tour through an ancient olive grove. Taste five different oils produced by this family-run masseria then step into the farmhouse kitchen to learn about Italian cooking from a Puglian chef. Using recipes passed down through generations, learn how to cook a traditional three-course lunch including orecchiette pasta in a sweet tomato sauce, eggplant parmigiana and tiramisu. 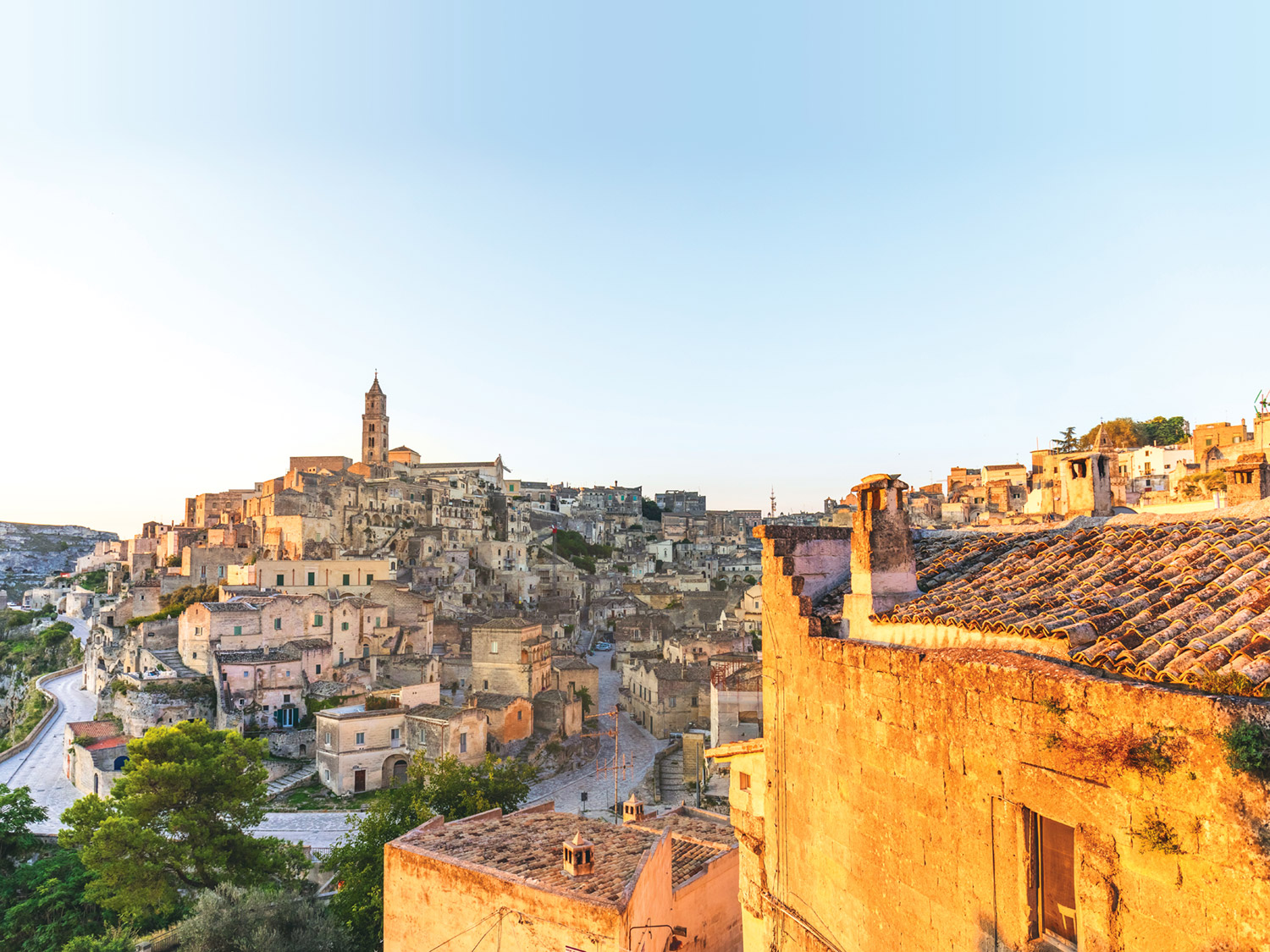 Southern Italy's medieval sassi -- prehistoric cave dwellings -- have been restored into homes and restaurants and make for a must-visit while in the country.

The southern Italian town of Matera is one of the world’s oldest continuously inhabited cities in the world, with limestone grottoes and cave dwellings dating back to the prehistoric era. Known as the sassi, many have been restored into homes, restaurants and even cave hotels and are now a UNESCO World Heritage Site. Explore pottery, sculptures and more housed in the cave hallways of the Museo della Scultura Contemporanea and round out your day with hand-rolled pasta at Ristorante Francesca. Then, visit the nearby town of Alberobello, also a UNESCO World Heritage Site known also for its trulli, limestone homes with cone-shaped roofs. Wind your way through the town’s narrow streets, then pop into the Trullo Church, a breathtaking building constructed in the town’s signature style in just 14 months. 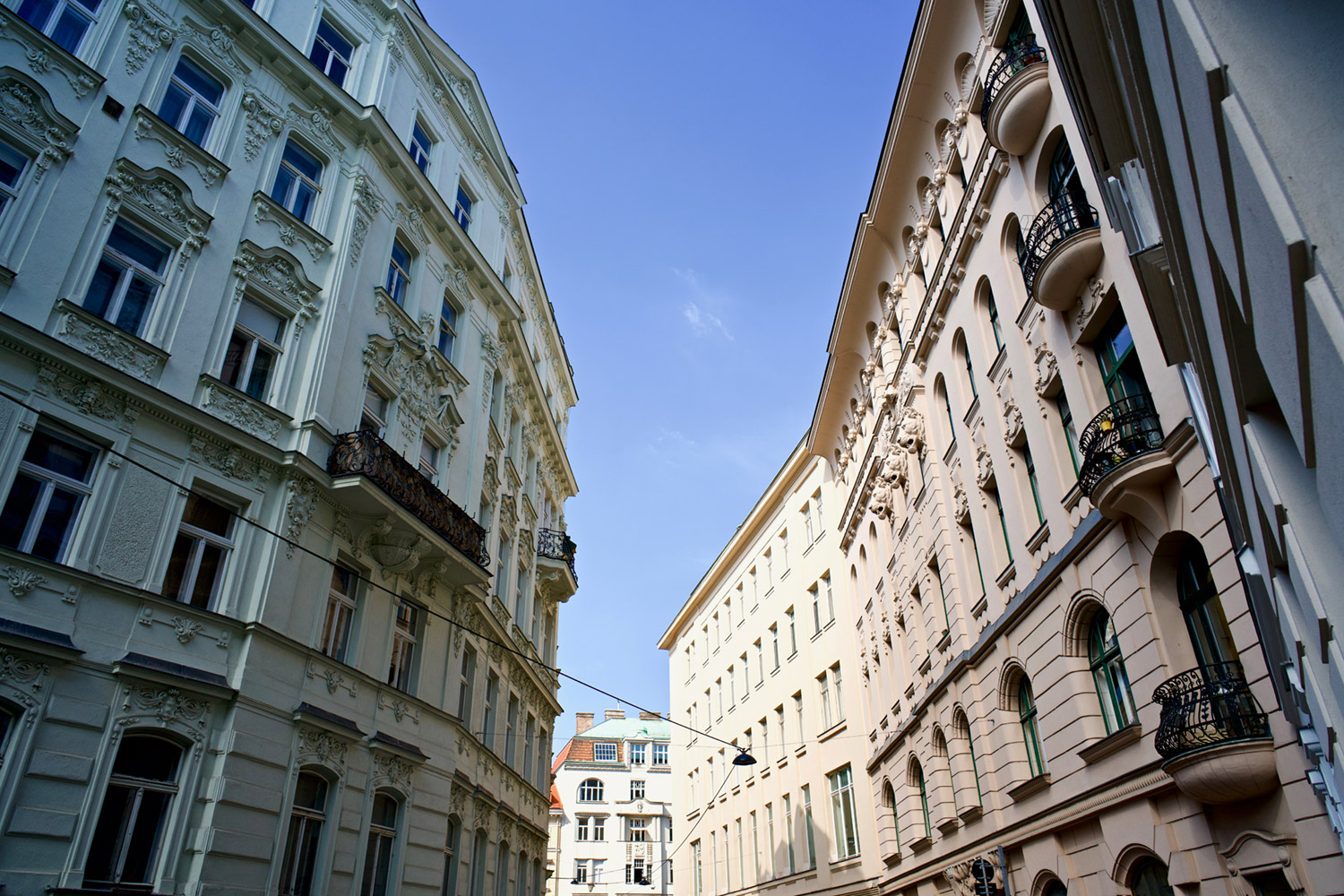 Beethoven spent much of his adult life studying, writing, and playing piano in a colourful row house in Vienna, Austria.

This year marks the 250th anniversary of Ludwig van Beethoven’s birth. And while he was born in Germany, the celebrated composer spent most of his adult life in Vienna, Europe’s capital of classical music. Discover the places where Beethoven lived, performed and became inspired to create some of the world’s most notable tunes. Visit Austria’s National Library to view original letters and manuscripts written by the composer, available for a limited time during the anniversary celebration. Special performances of Beethoven’s music will also take place throughout the year and are worth checking out during free time in the city (some concerts will be held in buildings not normally open to the public, like the Palais Niederösterreich). Then, round out your foray through the world of classical music with a Mozart and Strauss concert at the Rosenkavalier Hall of the baroque Auersperg Palace, courtesy of Air Canada Vacations. 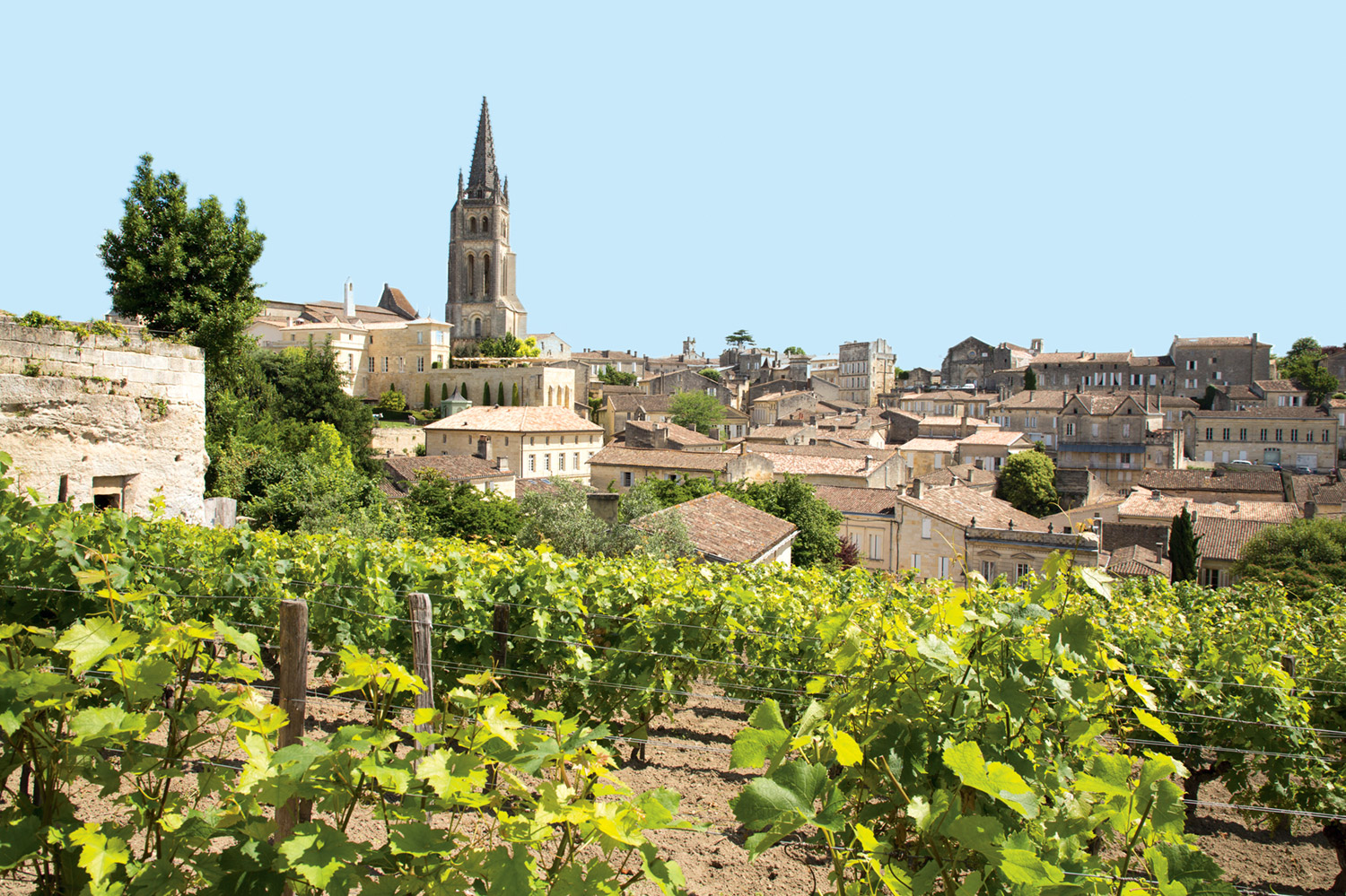 The French wine region of Bordeaux is one of the best places in the world to learn the art of tasting at a local winery.

There’s no better place to gain an introduction to oenology, the study of wine, than in the heart of France’s wine country of Bordeaux. The world of wine can be intimidating, but a local oenologist will guide you through tasting techniques during an approachable two-hour course. It all happens in the comfort of a private apartment in the centre of Bordeaux. Sample eight different wines from across the country and put these learnings into action throughout the remainder of your stay. 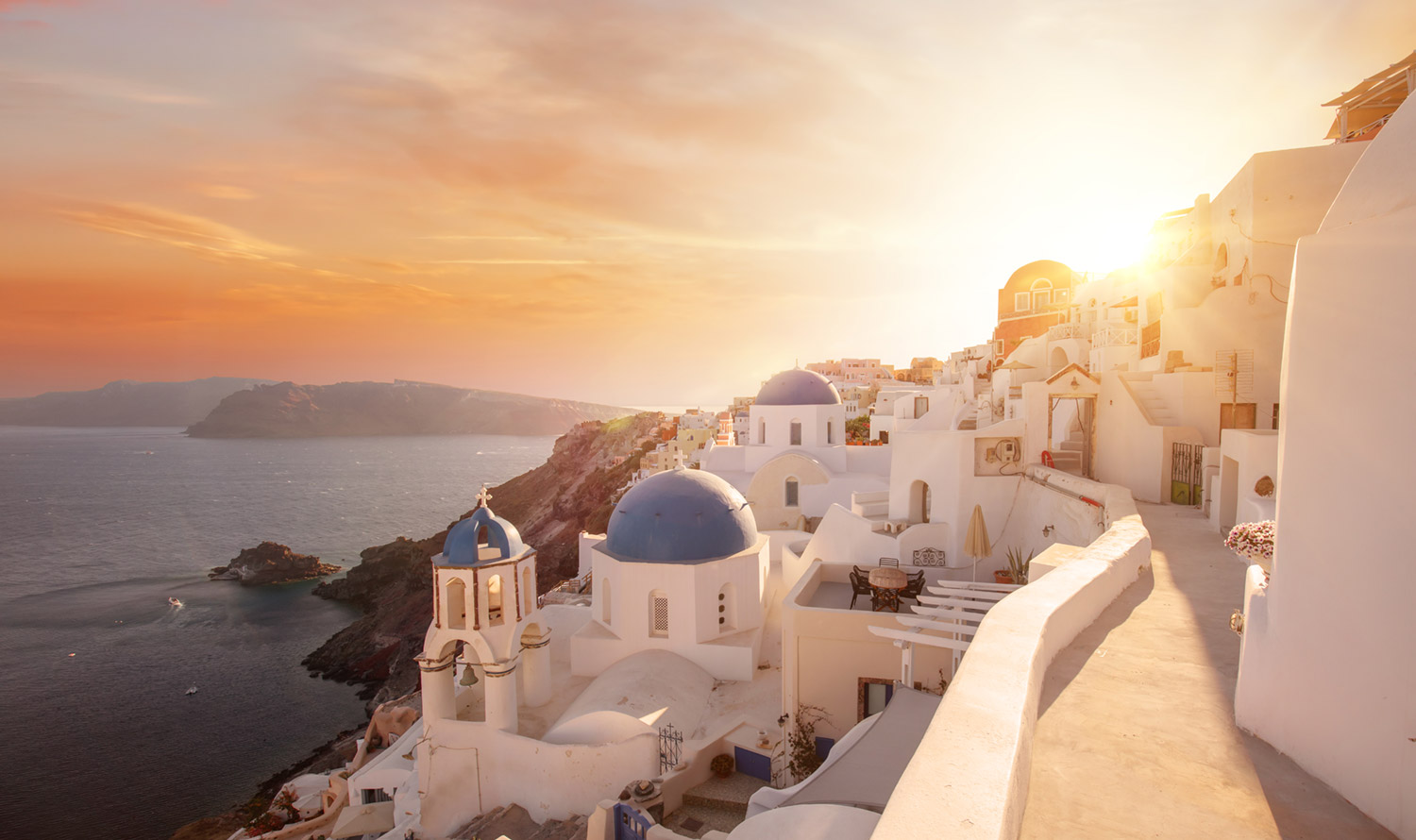 Greece is home to hundreds of Islands, but Naxos, Folegandros, and Milos are hidden gems worth venturing off the beaten path for.

There are over two hundred inhabited islands to explore in Greece, but some of the country’s best hidden gems are just a ferry ride away from the capital of Athens. The white cube-shaped houses of Naxos are a picture-perfect vision of Greek island life while on the tiny, laidback island of Folegandros, old donkey paths lead to hidden coves and beaches. Milos, known as the island of colours, lives up to its name thanks to its emerald-hued waters, vibrant rock formations and buildings painted in primary shades. 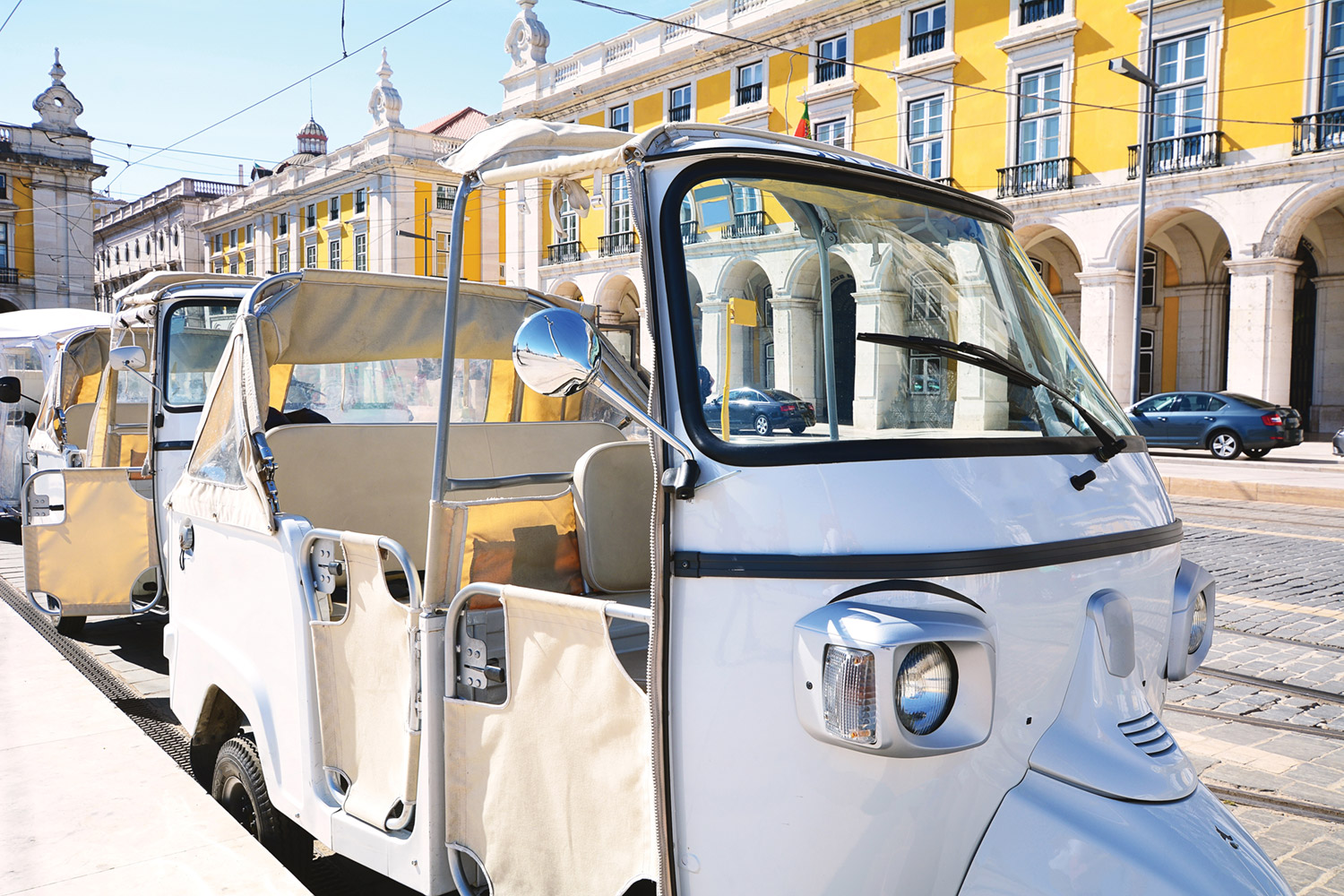 The cobblestone hills of Lisbon are full of history and culture -- and are best explored on a tuk-tuk.

Tour Lisbon, Portugal on a tuk-tuk

While the tuk-tuk, a three-wheeled motorized vehicle, was popularized in Asia, it has become a handy way to tour Portugal’s capital of Lisbon. Since some of the city’s narrow streets can’t be accessed by car, especially in the bohemian district of Bairro Alto, the tuk-tuk makes it easy to see the city. Hop on and off to sample bites of traditional Portuguese treats like pasteis de nata — traditional Portuguese custard tarts that can be found on nearly every corner.

Need help heading off the beaten path? It can be hard to find hidden gems when you’re organizing a holiday from afar. But Air Canada Vacations provides travellers with pre-arranged flights, lodging, meals, transfers and more to take the pain out of planning so you can focus on finding moments of magic and connection with family, friends and loved ones. 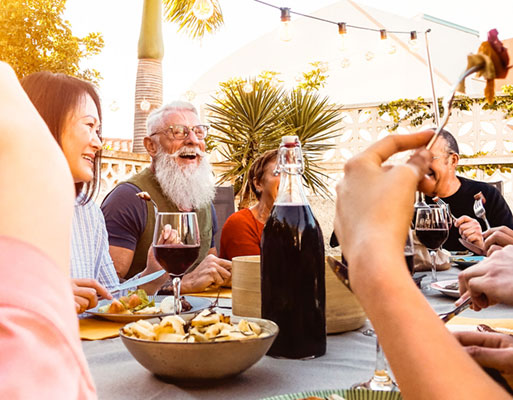