With the rapid advance and adoption of digital technologies and innovation, keeping up with cybersecurity threats is an ever-greater struggle. Students at Toronto’s Seneca College are learning to meet this challenge head on, as part of an effort to accelerate the delivery of a skilled pool of cybersecurity talent for the financial services and information technology sectors.

Seneca’s School of Information Technology Administration and Security and School of Accounting and Financial Services have partnered to develop an eight-month Cybersecurity and Threat Management graduate certificate program, in collaboration with Toronto Finance International (TFI). The course includes how to secure, protect and defend mobile and network infrastructures in order to prevent fraud, data breaches and other vulnerabilities.

“This new program is a great example of the industry-relevant credentials that Seneca is known for,” says Ranjan Bhattacharya, dean of Seneca’s Faculty of Applied Science & Engineering Technology. “We are helping individuals prepare for and transition to careers in this exciting and in-demand sector.”

He says that 30 students were expected in the program’s first cohort, but the number swelled to more than 50. Classes began in January at Seneca Downtown, a new Toronto location in the heart of Canada’s financial district, and Newnham Campus, where students do hands-on work in new state-of-the-art cybersecurity labs.

The program is taught by industry professionals and delivered late afternoons and evenings to accommodate students who are employed and upgrading their skills. They will graduate as work-ready cybersecurity professionals to address the increasing number and complexity of challenges faced by banks, investment fund companies, insurance firms and more.

We are helping individuals prepare for and transition to careers in this exciting and in-demand sector.

Mr. Bhattacharya says Seneca already offers an “incredibly popular” four-year degree program in informatics and securities, which covers cybersecurity and has a high number of graduate placements in industry.

A 2018 report prepared by Deloitte found that demand for cyber talent in Canada is increasing by 7 per cent annually, with organizations needing to fill some 8,000 cybersecurity roles by 2021. It projected a global shortage of 1.8 million cybersecurity professionals by 2022.

Mr. Bhattacharya say that Seneca quickly responded to TFI’s urgent call to get an Ontario college graduate certificate program up and running.

“Cybersecurity is at the top of the agenda for organizations,” says Jennifer Reynolds, president and CEO of TFI, a public-private partnership between Canada’s three levels of government, the financial services sector and academia that is intended to enhance the competitiveness, growth and prominence of Toronto’s financial sector. “A pool of skilled talent is critical to mitigating business disruption caused by a plethora of evolving threats.”

Under TFI’s leadership, a group comprising Bank of Montreal, CIBC, OMERS, Royal Bank of Canada, Scotiabank, Sun Life, TD Bank Group and TMX Group worked with Seneca to develop the program’s curriculum. Ms. Reynolds calls the collaboration “a great model for the future” that can lead to “jobs right away” for graduates. “The industry will get a new pool of talent out of Seneca’s program.”

Mr. Bhattacharya says the students focus on the technical specialization required to work in the cybersecurity field, as well as developing project management, communications and analytical skills. This comes through coursework, an industry-integrated “capstone” project and an optional work term, in several cases with TFI employers.

The next intake of students will be in September, says Mr. Bhattacharya, who expects the program’s offerings to evolve in collaboration with industry partners and in response to changing cybersecurity needs. 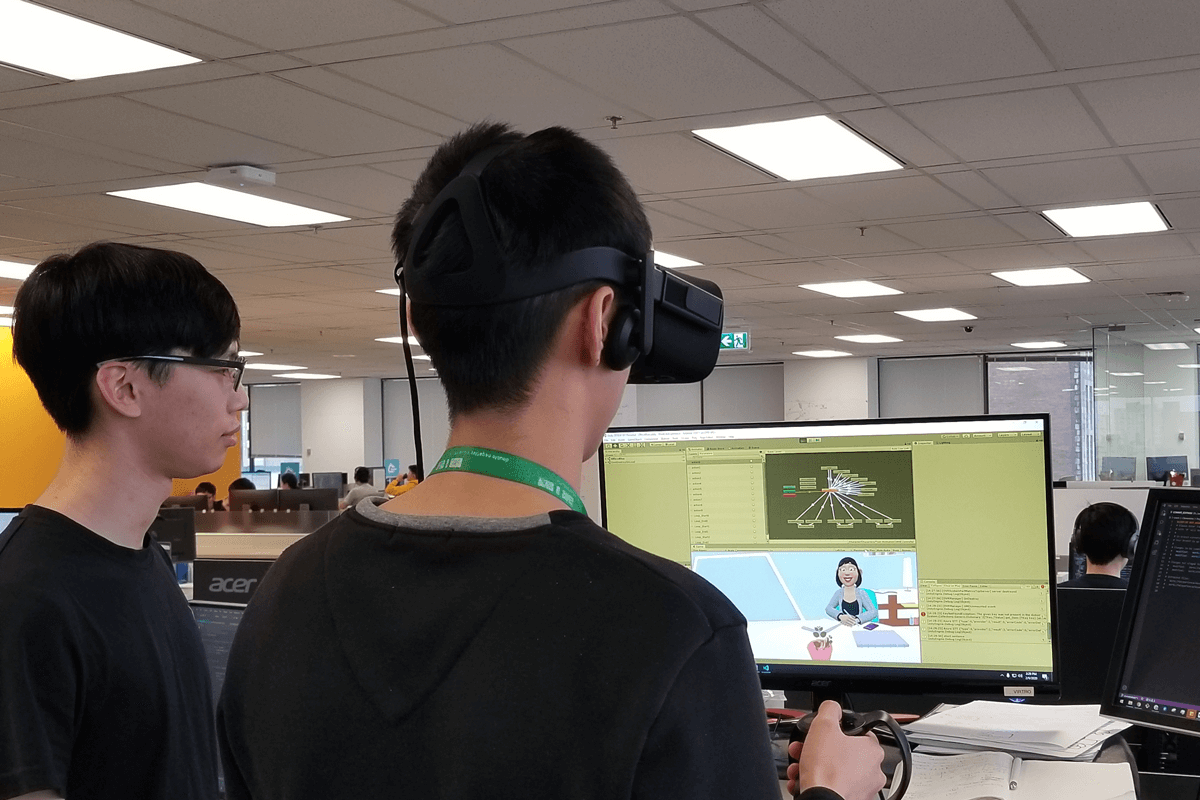 Statistics show that women remain underrepresented in the technology sector, but forward-looking companies like Vancouver-based Virtro are determined to challenge this status quo.

“We thrive because of our diversity,” says Lee Brighton, founder and president of Virtro, whose team is made up of 50 per cent women in both developer and non-developer roles. It is female-led, with LGBTQ2+ representations and 11 different heritages represented in a team of 25.

Virtro, which develops creative, innovative applications using artificial intelligence (AI) and extended reality (XR) technologies, recently offered six new graduates jobs in this booming sector, thanks to the support of the Career-Launcher Internships program from Colleges and Institutes Canada, which is funded by the Government of Canada as part of the Youth Employment and Skills Strategy.

“We are working with [our new team members] to train them in AI and XR technology.” says Ms. Brighton, adding that the grant is helping the startup scale its effort to actively support women in tech, visible minorities and underrepresented communities.