Don't play to the fans

When I was writing Kitchen Confidential I was getting up at 5:30 a.m. and working on it for a couple of hours before I would go into work. I was writing it for a free newspaper and the fact that I was pretty sure no one was going to read it was very liberating. I didn't feel any pressure to be anyone but myself. I was rewarded for that pretty quickly, and since then I have always tried to keep myself in a position where I don't think about people's expectations. I try not to think about what people who are already fans might want next or what will appeal to people. Maybe it's selfish, but for me it's been an advantage. If someone had come to me and said, 'here's $50,000' to write a best-selling book [which Kitchen Confidential eventually became], I think I would have buckled under the pressure.

I make most of my professional decisions based on a quality-of-life factor. A big part of that is working with people who I enjoy being around. Before I take something on I will ask myself: Will I be working with people that I like? Will I be having a good time? I have turned down some big TV offers because I didn't want to have to speak to that person every day – I don't care how brilliant they are, it's just not worth it to me. I like collaborating with people who I respect, even if there's not a lot of money in it. Having fun and finding it interesting is so important for me. Having been a junkie for so many years and seeing somebody in the mirror who I was ashamed of, I try not to do anything today that I'm going to be ashamed of tomorrow.

I didn't learn anything from my split with the Travel Channel that I didn't know already. It's like the parable of the frog and the scorpion – the frog can hardly complain when he gets stung half way across the river. Television networks are in the business of making compelling television and pleasing viewers. Working with CNN has been great and they have been a hundred per cent behind the show. I am nothing but grateful and appreciative, but I still realize that there is going to be a day down the line where I won't be doing so well in the ratings anymore and someone is going to come to me and say, 'Sorry Tony – we're going to go in a different direction.' That's how it goes.

If I'm doing a show in Italy for 10 days I'm putting on 10 pounds, so I'll make sure the next show is somewhere where the food isn't as good or a little more low impact. I don't want to preach moderation, but you're not really enjoying food after a certain amount. If I've eaten a big lunch, I'll have a very light dinner. I don't exercise, I don't go to the gym – I just don't want to take 10 minutes to get off the couch. With drinking, I learned a long time ago that I wasn't going to survive accepting tequila shots from every fan at every bar at every city we visit. I was lucky in that by the time I became successful I had already made the mistakes [with drugs and alcohol] that people tend to encounter when they achieve success.

I always, always, always show up on time. When my camera crew arrives in the lobby for call time, I'm already there. That comes from years of working as a dishwasher, as a cook, as a chef – working as part of a team and understanding that if you can't show the respect to your co-workers and employers of at least showing up on time, then there is no need to investigate what else is good or bad about you. It's always the thing I looked for in my employees. It spoke of character and that's something you can't teach people. Skills you can teach, technique you can teach, but not character.

How being an outsider helped lead Ed Whitacre to success
March 31, 2013 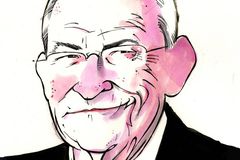 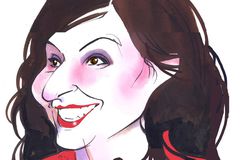 6 life lessons from the man paid to do damage control for the stars
March 11, 2013 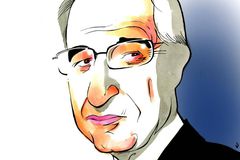 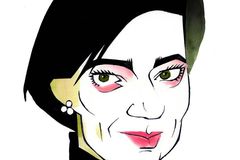