Legend has it that Irish monks introduced the art of whisky distilling to the Isle of Islay because three key ingredients – peat, spring water and barley – are found in abundance on the island, the southern-most of the Inner Hebrides of Scotland.

As well as being plentiful, Islay peat possesses unique characteristics that set it apart from that which is used in Scotland’s four other whisky-distilling regions. Like Lowland and Highland peat, Islay’s is rich in decaying mosses, heather and lichens. But because it was formed on a rugged island that’s about the same size as Calgary, the Islay peat burned in kilns to dry distillers’ malted barley is infused with salty sea spray. This draws out the pungent smokiness of the whisky while adding faint notes of sea air and seaweed.

There’s no way those Irish monks of yore could have known that Scotch distilled on the so-called “Queen of the Hebrides” would lead to the island also being nicknamed the “Whisky Isle.” But if they were somehow able to return seven centuries after their fabled arrival, they might well be impressed by the eight scotch distilleries ringing the island today.

There’s plenty more to impress visitors here. These days, self-guided tours of Islay’s distilleries are about much more than Scotch, with luxury hotels, upscale restaurants and compelling historic and natural sites lining a scenic driving route that can be memorably negotiated in a Jaguar E-Type rented from Luxury Classic Jaguar Hire.

Like sipping a fine single-malt, a tour of Islay shouldn’t be rushed. So set a week aside, book your Jag of choice, and let it roar around this rarefied route.

With the sea air in your lungs and the short flight from Glasgow in your rear-view mirror, you can’t be faulted for craving a plate of whisky-cured salmon at the Harbour Inn Restaurant. A 15-minute drive north of Glenegedale Airport across fertile farmland, the whitewashed eatery is set on the picturesque harbour of the village of Bowmore, and is just three minutes on foot from its famous distillery.

The home to the world’s oldest Scotch maturation warehouse dates back to 1779 and was the first recorded distillery on Islay. A range of tours explore the malting floors and peat-fired kilns, and visit Bowmore’s cask room to taste 25-year-aged whiskies that mix water from the nearby River Laggan with peat-dried malts. You may detect hints of smoke, salt and seaweed, while learning local secrets such as this: The distillation process produces plenty of excess heat, which at Bowmore warms a nearby public swimming pool.

After sipping (and possibly dipping), a good night’s sleep is mere steps away. The distillery, it turns out, is also home to eight luxurious ensuite cottages that once housed local workers.

Drive another five clicks up the coast and you’ll come to the Islay House hotel, a historic country house where your shiny ride will look right at home. Set on manicured gardens overlooking Loch Indaal, 11 opulent rooms feature everything from super-king-sized beds to pedestal bathtubs, while the in-house restaurant, The Jib, is helmed by Michelin-starred executive chef Alex Floyd.

From here, trading the Jag for a taxi makes a lot of sense when visiting Islay’s western distilleries. The westernmost of the two, Kilchoman, is also the youngest of the lot, and was the first established on Islay in more than 120 years when it opened in 2005. Tours here begin at the very start of the whisky-making process, as Kilchoman is one of the few distilleries in Scotland where barley is malted in-house. Tastings, meanwhile, cover tipples such as Machir Bay, 100% Islay and Loch Gorm.

Your next stop, Bruichladdich, has been producing Scotch on the shores of Loch Indaal since 1881. Much more recently it released the experimental Octomore, said to be the most heavily peated single malt in the world, but also offers more moderate options such as the Classic Laddie Scotch Barley. Tours include the “Warehouse Experience,” in which you sample three distillery-exclusive single-malts straight from the cask in a cathedral-like maturation room.

The Islay House is also an ideal hub for venturing east, so after breakfast it’s time to call another cab.

On a clear day, the Paps of Jura mountain range can be admired from the sheltered bay just north of Port Askaig that Caol Ila has called home for 172 years. Islay’s largest distillery uses six enormous copper stills to produce more than two million litres of spirit each year, with tours exploring the process and serving up everything from eight- to 25-year-old scotches.

Overlooking the Sound of Islay and the Isle of Jura, Bunnahabhain produces world-class malts, from 12- to 40-year-olds, that aren’t as heavily peated as others from Islay. Its Black Bottle whisky, meanwhile, features a quantity of spirit from every Islay distillery.

With the luxurious Machrie Hotel slated to open less than five kilometres south of Glenegedale Airport this summer, it makes perfect sense to conclude your Islay whiskey tour with this south coast trio.

It also makes perfect sense to wear some sturdy walking shoes in the taxi. All three distilleries are just three kilometres apart, after all, and you can explore the mossy ruins of Dunyvaig Castle halfway through a coastal stroll.

Combined, these distilleries offer more than six centuries of Scotch-making expertise. Lagavulin’s whitewashed storehouse is set on its namesake bay, where in the past the number of illicit stills has climbed into the double digits. Intense peat flavour is the hallmark here, with the Lagavulin 16 Year Old setting the smoky bar very high indeed.

Incredibly, however, Laphroaig may well clear that bar with its Triple Wood and Quarter Cask offerings. It uses hand-cut peat from the Glenmachrie bogs in its on-site kilns, and from March to September, you can help staff cut the peat by hand as part of the “Water to Whisky Experience” tour.

Not to be outdone, Ardbeg’s two-hour “Deconstructing the Dram” tour calls on guests to use all of their senses to tease out the flavours of its Uigeadail and Supernova whiskies, among others. 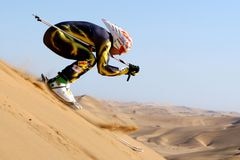