McKenzie Douglas tries to walk as eco-lightly as she can. The Queen’s University student recycles religiously, buys local, carries her own Tupperware for takeout and bikes – never Ubers – everywhere. Recently, however she was at a supermarket in Kingston, Ont., and froze when she couldn’t recall which was the “greenest” milk to buy.

“I blanked and felt this momentary panic – was it soy, rice, oat or almond?” the 22-year-old geological engineering student from Kamloops, B.C., who plans to pursue a career in green energy, says.

“There’s just so much information out there about what’s best for our planet – and so much to stay on top of – that it’s absolutely exhausting at times.” (Incidentally, she put soy in her cart. For one eight-ounce glass of milk, it uses 10 litres of water versus almond’s 75 – more than a typical shower).

This “exhaustion,” as Douglas refers to it, is also known as green fatigue, an understandable condition given the constant messages of impending global doom.

“It’s a phrase that describes how people feel when they’re bombarded by bad news and start to shut down, or worse, give up,” Gideon Forman, climate lead at the David Suzuki Foundation in Toronto, says. “It’s also something that we, as a society, have to do everything in our power to fight because we’re at a tipping point in human history where we face a climate crisis, a biodiversity crisis and the extinction of many animal species due to climate change as well.”

Green fatigue became part of the lexicon around the same time Al Gore’s 2006 Oscar-winning documentary An Inconvenient Truth hit movie theatres. The film’s dire predictions of a melting ice cap, a warming earth and sinking cities genuinely shook people up. But after events such as the horrific fires in Australia and the record-high flooding of Venice’s streets, Sarah Chapman, a national director in Deloitte Canada’s sustainability and climate change group, says the phrase and feeling are back.

"Green fatigue sets in because we’ve been talking about the climate crisis for such a long time and very little progress seems to have been made,” Chapman says. “It’s scariest when fatigue shifts to frustration, disillusionment and then people stop fighting or they step aside because they think someone else will clean up the mess.”

In her circle of friends, Calgary’s Jenna Parker, 22, says no one is stuck in inertia or sitting on the fence when it comes to the climate debate. Quite the opposite: She believes her generation is passionate in their commitment to the fight, however she worries social media, with its abundance of fake news, is the place they go to arm themselves with so-called facts. “I don’t have any friends who are climate deniers, but I live in a province that relies on oil and gas for its livelihood so there are obviously lots of strong opinions,” she says.

“My generation’s problem is we have too much information to sift through. My Instagram feed is flooded right now with people going to the pipeline protests. Activism is awesome, but we need solutions, not confrontation," Parker says. “My age group’s biggest challenge is knowing where to go for scientifically proven research so they are making informed choices. Not knee-jerk ones.”

The Suzuki Foundation’s Forman says the organization recognized the need for our digital society to be engaged in practical, fact-based climate discussions, so last December it launched its first climate conversation chatbot, called CliMate, to help people cut through half truths and to focus on solutions, rather than arguments. CliMate is on the Facebook Messenger app and provides a guided conversation where a user can choose, for instance, to practice as someone who is concerned about climate change speaking to someone who is skeptical, or vice versa.

“People’s perceptions can be so different and deeply ingrained,” Forman says. “Talking is the most important thing we can do and this is about reducing polarization and cultivating empathy. Too often people lash out without listening to the other side, which of course, leads absolutely nowhere because there is no common ground.”

Douglas lived that first-hand a few weeks ago when she was out for coffee with a friend who asked what she hoped to do once she graduates from school. “I told her I was interested in the oil and gas industry, but before I could finish she interrupted and said, ‘I’m genuinely afraid of my kids growing up in a world where someone my age wants to go into oil and gas.’”

“Then she got in her car and drove away. You can’t just hate on an industry without understanding where the need comes from,” Douglas says. “This year my thesis is on a mineral called Portlandite that absorbs carbon dioxide. I’d like to design a factory, for example, that will absorb CO2 as it ages. I never had a chance to tell her that.”

Deloitte’s Chapman says taking action in our daily lives is the best way to mitigate damage from climate change, not rancor or debate. “In Canada, we know transportation accounts for about 24 per cent of our climate polluting emissions as a whole, a close second to oil and gas. So advocate for bike lanes, car share or switch to an electric vehicle. Better yet, walk or bike.”

She also believes society needs to support a circular economy, one that keeps resources in use for as long as possible, extracts the maximum value from them, then recovers and re-uses products and materials at the end of their life.

“In other words, we’re in a back-to-the-future moment where we actually need to do things the way we did in the past. So buy [used], support vintage, shun fast fashion and support companies that are trying to do the right thing with buy-back programs for gently used goods.

“The only thing that really matters is changing our behaviours,” Chapman says. “Consumers have a louder voice than ever before and they have to be the ones driving the change at both the government and business levels.”

John Smol, Canada Research Chair in Environmental Change at Queen’s University, agrees. “There is no time for ‘fatigue’ when it comes to the climate crisis,” he says. “Psychologically we’re primed to walk away from problems that are too complex to understand or too difficult to solve. But we can’t afford to do that any more.

"In my view, climate change is easily the most important issue facing humanity today. People can’t give in to despair or fatigue. Sure, we’re fighting uphill battles, but climate change is a contact sport and you need fairly thick skin to be out there.”

While combatting climate change may seem overwhelming, it turns out a lot of our efforts don’t have to be huge. Even these little bits help make a difference

Canada is one of the world’s top per-capita energy consumers. It’s on each of us to cut back. Switch to energy-efficient light bulbs. Unplug your computer and TV when not using them. Install a programmable thermostat. Hang-dry your clothes when you can and use dryer balls when you can’t. Dryer balls separate clothes better than dryer sheets, and can reduce drying time by up to 25 per cent.

Eat for a climate-stable planet

Love the friendly butcher around the corner? Help him stay in business and buy your grass-fed beef there. (That said, scientists say it’s better for the climate to eat more meat-free meals.) Shop organic and local wherever possible. Don’t waste food. Nurture a green thumb and grow your own.

Vote for a politician with a green platform

Do your own bit but keep an eye on the big picture. Vote for leaders who take climate change seriously. Read the candidate’s platforms and positions. Go to a town hall or a municipal debate. Be informed and involved.

Make every little bit count. Support companies that have sell-back programs such as IKEA and Levi’s Jeans. Look for the B Corp stamp in shop windows – it means the company meets rigorous social and environmental standards that put it a cut above its competitors.

When you talk climate, talk smart

Be a discerning researcher and make sure you’re well-informed. Chatbots such as the David Suzuki Foundation’s CliMate help people learn about both sides of a climate issue, to think twice and think smarter.

8 tips to save money in the kitchen, and help the environment while you’re at it
June 17, 2020 We need a change in the way we make, build and consume. A circular economy may hold the answer
Subscriber content
March 7, 2020 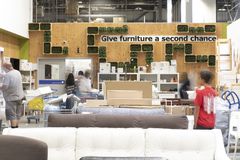 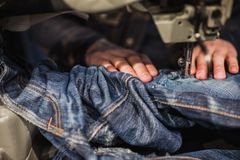