Arms rise in graceful ballet poses as students focus all their concentration on teacher Parisa Mehregan. In the next exercise the five women in the class rise on the toes of their runners and walking shoes, occasionally reaching for the back of a chair for a little balance reassurance.

Instead of classical ballet music, Ms. Mehregan is mixing up the playlist with mid-20th-century standards.

She ends this Thursday morning class at Christensen Development’s Glastonbury Village with the Macarena.

This class is one of several Edmonton’s resident dance troop Citie Ballet offers in Christensen senior’s housing across the city. Students range in age from 70 to 94. Some have mobility issues and take the class in their wheelchairs; others have Alzheimer’s or other dementia issues and may require a companion aide. The classes are adapted and designed to improve balance, movement, memory and cognitive skills.

“We realized that we needed to make ballet accessible to seniors so we started to invite some seniors groups to performances at no cost. Then I moved my mother into a seniors facility. Someone recognized me as the ballet lady and asked me if we ever offered programs for seniors and that really sparked it for me,” says Ms. Somerville.

Marjorie and Eldor Thomas take the ballet class at their Citadel Mews East Christensen residence in St. Albert, just north of Edmonton. The Thomases are in their 80s and Eldor has some knee problems that require him to use a cane or a walker. But much of the class is seated, says Marjorie.

She enjoys the variety and likes Ms. Mehregan as a teacher.

“She’s taught us the Macarena, which is fun. It’s confusing but fun,” she laughs. “She uses scarves, too. We have two or three men in it and it’s kind of fun to watch them with their scarves. There’s lots of teasing about the tutus … but they’re good sports.”

To develop the program, Citie Ballet is incorporating materials from the National Ballet School, which pioneered dance courses for older seniors through its Sharing Ballet program.

Ms. Somerville hopes Citie Ballet will be able to partner with the University of Alberta and MacEwan University in Edmonton on studies around the benefits of ballet for this older age group. She is also interested in materials from the National Ballet School, which is working on courses for students with Alzheimer’s and Parkinson’s.

“I’m interested in getting us involved in kinestheology and rehab,” says Ms. Somerville. “It’s just a little more engaging for somebody to be in a class where they don’t necessarily meet one-on-one with a therapist. And it’s a little more fiscally doable for those facilities to have 10 or 12 … in a class.”

The music also has benefits for seniors, she adds. “It lifts mood. It stimulates memory. It increases co-ordination.”

Students particularly appreciate the music of their own youth, says Ms. Somerville.

“We find when we’re working with populations that have some dementia, they really connect to that music. That’s something that’s really deep in the brain — first in, last out. They don’t remember what they did a minute ago but they really remember the music.”

Ms. Mehregan says she likes to keep the classes lively. During the Olympics she did some Olympic-themed classes with moves inspired by curling, ice hockey and figure skating.

“I see from week to week their retention is a lot better. …They’re able to pick up exercises easily and follow right away, whereas for the first few weeks it was slower showing the progression into the steps. Now it’s flowing and comfortable so they can progress and we can do more difficult things.”

The idea of active younger seniors taking dance classes isn’t new. But the benefits for more frail older seniors is the focus not just of the ballet classes in Edmonton, but of university research.

The GERAS Centre for Aging Research at Hamilton Health Sciences launched a study last fall into dance for seniors with some frailty or some early dementia. Clinical scientist Courtney Kennedy and Patricia Hewston, a post-doctoral fellow at the GERAS Centre, conducted the study, which was designed to determine the feasibility of frail seniors taking a four-month dance course. The classes, which were mostly focused on ballroom-type dancing such as foxtrot and cha cha, were conducted at the YMCA in Hamilton, says Dr. Kennedy.

The 25 participants in the study, which is being funded by the Labarge Optimal Aging initiative and Alzheimer’s Society, had either some cognitive impairment or early mobility issues, such as difficulty climbing stairs. Their mean age was about 80.

Dr. Kennedy says the benefits of movement and music and social interaction are well studied but what is new is putting them all together and determining how much benefit they give early-stage frail seniors.

“It’s a challenging group in terms of the things you have to take into consideration, in terms of safety. People that have some mild cognitive impairment and early frailty — that’s a really important group to target so you can prevent further decline,” she says.

“Our hypothesis is that doing it in an already high-risk group that has room for improvement can lead to really slowing these declines.”

The researchers are still crunching some numbers and Dr. Kennedy says they need a much larger study to effectively determine clinical benefits. But early results show an improvement in balance confidence.

The participants wanted to continue the classes after the end of the preliminary study, says Dr. Kennedy. “One woman said she wasn’t using her walker as much. They were saying their mobility was improving. They were motivated and felt socially connected.”

“The other cool thing was we also incorporated 15 minutes at the end of each time for social connection time,” says Dr. Kennedy. “What happened is some people made friends and about half of them connected outside the class time.”

The GERAS study was focused on rehabilitation questions, says Dr. Kennedy. A bigger study could delve more into effects on the brain of this type of program. Ultimately the hope is the benefit of combining dance movement with music and social interaction will improve memory, slow cognitive decline and improve cognitive reserves.

For dance student Ms. Thomas and her husband, staying moving is paramount. And participating in activities has a variety of benefits.

“Otherwise you just sit in your room,” she says.

In photos: Preparing for Meghan and Harry’s wedding
May 22, 2018 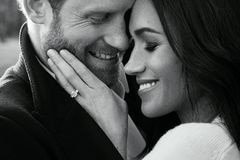