Sexy and fantastical, the Rojo Tango show at the Faena Hotel in Buenos Aires bears little in common with the dance halls that are the traditional scene of Argentina’s iconic choreography. Called milongas, the city’s most classic tango houses favour function over flash, vibing more like community rec centres than the chic nightclubs you might expect. The Faena’s extravaganza, however, is 90 minutes of pure glamour and drama, a modern update that perfectly captures the city’s stylish rebirth.

Buenos Aires’ reputation as the Paris of South America dates back to its boom days at the start of the 20th century, a time when Argentina was one of the world’s richest nations and Europeans flocked across the Atlantic en masse.

Tango was born then, too, popularized by a Toulouse, France-born bar singer named Carlos Gardel, who landed in Buenos Aires as a toddler and whose elegant fedora-topped image is still ubiquitous across town – in photographs on restaurant walls, street murals and in the museum situated in the house he shared with his mother during tango’s heyday.

The city’s most notable architecture – a mix of neoclassical, art nouveau and art deco that made those City of Light comparisons not much of a leap – also dates back to those glittering days; today their crumbling facades evoke a sense of faded glamour from a time long passed.

But while decades of economic crises – plunging pesos, skyrocketing inflation – might suggest a city in decline, the chic boutiques and cafés that line neighbourhood streets tell a tale of a cosmopolitan, lifestyle-driven destination that holds its own among the most stylish cities in the world.

Ground Zero for Buenos Aires’ trendy renaissance is Palermo Soho in the city’s northeast. Full of low-rise apartments and block after block of local design shops and restaurants, this thriving district is a sub-neighbourhood within a sub-neighbourhood (the greater Palermo barrio is the city’s largest – and most walkable – home to the city’s botanical gardens and zoo, the Japanese gardens and MALBA, the Museo de Arte Latinoamericano de Buenos Aires, a modern glass museum that houses one of the finest contemporary Latin art collections in the world).

With its boho-ish vibe, sidewalk eateries and parade of impossibly-beautiful locals, Soho Palermo calls to mind L.A.’s coolest neighbourhoods, minus the posturing. Though recognizable international brands have followed the crowds and opened up shop here, Palermo Soho is home to the city’s strongest independent design scene, much of which sprung up to fill the fashion void when global design houses pulled out of the country amid the depression of the early aughts.

Browse colourful leather bags and accessories at Humawaca, local denim and womenswear at Square, and hip men’s clothes at Felix. Then refuel at Ninina, a minimalist bakery café, or with bread, cheese and Argentine wines by the glass (guided tastings in English can be booked in advance) at Pain et Vin, owned by a husband and wife team of baker (him) and gym teacher-turned-sommelier (her).

It’s a leisurely stroll from Palermo to elegant Recoleta, the city’s most upscale neighbourhood.

While the rarefied vibe is a departure from hip, edgy Palermo, meandering along quiet, leafy streets lined with century-old mansions and high-end shops offers a taste of the city’s most European side.

Stop at Un Altra Volta, an Italian-style gelato shop offering numerous frozen plays on Argentina’s favourite sweet treat – dulce de leche – before moving on to the Recoleta Cemetery, the burial site of Eva Peron and one of the city’s most iconic landmarks.

Later, kick back at the Palacio Duhau Park Hyatt Buenos Aires, a five-star hotel built inside a 128-year-old Tudor Revival mansion that was once the private home of an English Argentine railway executive. Even if you don’t lay your head in one of the 23 rooms and suites located in the original palace (a second tower, housing the majority of rooms, sits across lavish gardens), a visit here is a must.

Check out the hotel’s private art collection and grand marble lobby before enjoying drinks and snacks or the indulgent Sunday brunch at Gioia Restaurant and Terraces in the hotel gardens.

To hold on to that Old World glamour just a little longer, don’t leave town without visiting the National Museum of Decorative Art.

Housed inside the neoclassical mansion that, a century ago, belonged to one of Argentina’s most prominent families (they commissioned French architect René Sergent, who also built the Hotel Trianon Palace at Versailles), the museum contains a massive collection of period tapestries, sculptures, paintings and furniture, much of which belonged to the original owners.

And from its location at the nexus of Recoleta and Palermo, it’s a step back into another era that affirms one key thing: From century-old opulence to the vibrant emerging neighbourhoods of today, the sophisticated stylishness of Buenos Aires is timeless.

Editor’s note: Carlos Gardel popularized tango, taking it to the world. An earlier version of this story inaccurately said he invented it. 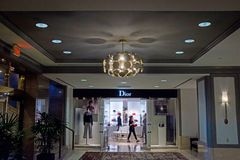 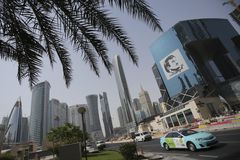 London’s historic Savile Row keeping up with the times
August 16, 2018 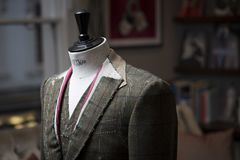