Last year, when Alison Hill realized she was burned out, she tried to turn to yoga. “The narrative is to take care of yourself,” she says. “So, I would go into different wellness spaces to take care of myself, and I would be overlooked and ignored. I didn’t necessarily fit what a ‘fit’ person would look like – I’m not a skinny person. I’m a beginner in most of these spaces. I would usually leave feeling almost like I was in high school and I was trying to get into a club, but I just didn’t have what it took to be there.”

Hill’s experience as a Black woman is not surprising. As Self magazine argued in 2018, the wellness industry – worth US$4.5-trillion in 2018, according to Global Wellness Institute – has a race problem. “From racial disparities in health outcomes to a booming wellness industry that caters almost exclusively to white, wealthy people, wellness should be accessible to everyone but too often isn’t,” the magazine’s editor-in-chief, Carolyn Kylstra, wrote at the time. The industry’s stars – including Goop’s Gwyneth Paltrow and Fabletics' Kate Hudson – are overwhelmingly white, and mainstream wellness companies rarely target BIPOC (Black, Indigenous and people of colour), likely due to the perception that they can’t, or won’t, spend money in these spaces.

“The expensive products have been very narrowly pitched towards thin, young, wealthy, white woman,” says Beth McGroarty, director of research and PR at the Global Wellness Institute. But the idea that wellness isn’t for BIPOC folks ignores their spending power – a 2017 report from U.S. market research firm Nielsen found that Black women in particular are not only driving total Black spending, they also value health and grooming – and the fact that many of these practices, from yoga to nutrition, were appropriated from other cultures in the first place.

After George Floyd was killed by Minneapolis police, discrete conversations about diversity in the wellness world became an industry-wide reckoning. CrossFit’s chief executive stepped down after his tweets and comments about Floyd prompted a massive backlash, while SoulCycle was criticized for performative activism after posting about anti-Black racism on social media but making no changes to their company culture – or all-white senior leadership team. But making existing wellness spaces more diverse is the wrong goal, according to a new cohort of wellness practitioners. The right one is creating opportunities for BIPOC to build wellness spaces of their own.

But there are systemic factors that make it harder for BIPOC to start their own businesses. According to a 2017 report from the U.S. Federal Reserve, more than half of Black-owned companies are turned down for business loans. When they are approved, they often don’t receive all the money they are promised, and they are less likely to receive loans of more than $100,000. That problem extends to investment, too.

“Just like every other industry, it’s about who has access,” says Kim Knight, who co-founded The Villij – a Toronto and Montreal-based wellness organization for women of colour that facilitates yoga and meditation events, workshops and a walking club – with Shanelle McKenzie in 2017. “White people have had access; they’ve had the funding to create yoga studios, whereas communities of colour have been neglected.

Hill already operated a hair salon, Hill Studio, in Toronto’s east end, but after unsuccessful attempts to find a yoga studio where she felt welcome, she decided to start a wellness series by and for Black women in her own space.

“I wanted to employ Black yoga instructors, and give them the opportunity to ask, what would a black wellness utopia would look like?” she says. “What if you didn’t have to deal with the barriers, microaggressions and anti-Black racism – what would you build if nobody said no?”

White-owned and -run companies are also starting to face consequences for being exclusionary. Take this summer’s controversy at Toronto’s Misfit Studio, a 10-year-old Pilates studio in the city’s west end that closed its doors after students and teachers detailed their negative experiences with the studio’s mostly white management team. In June, Misfit founder Amber Joliat posted a message on the studio’s Instagram page, saying the studio was “going through a necessary transformation,” which in this context meant “pausing” classes as of Aug. 1. It would have looked like the studio was just another casualty of COVID if not for a few key lines: “Many of our students and teachers are fighting for a Misfit that better reflects the equity, diversity and inclusion that we want to see in the world. They’re holding me accountable for the ways that I have not prioritized this work and the harm that has caused,” Joliat wrote.

Her message hinted at what some members of Misfit’s community had already started to reveal on social media: incidents of racism, silencing and body shaming, in some cases dating back years. Some of these posts came from students, but teachers shared, too; some of them went on to resign.

According to Renelyn Quinicot, a former teacher at Misfit, this wasn’t a new problem; the studio had received critical feedback about race and other aspects of inclusivity before – from her, and other BIPOC teachers at the studio.

“I tried to make them understand the extra weight every person of colour carried as they walked into Misfit Studio,” she says. “And that you can’t just invite BIPOC folks in; you have to create a structure that supports them and acknowledges that they experience your space differently than white folks.”

Joliat acknowledges that it took her too long to understand what her community was trying to tell her. “We began to make small changes over the past couple of years, but it was not enough and not quick enough,” she says. “In retrospect, we should have worked with inclusion and diversity coaches… to evolve the studio to be inclusive, diverse and more accessible for everyone.”

But focusing on inclusion and diversity may not be enough to fix what’s wrong with the wellness industry. Instead, say many BIPOC, the industry needs fitness and meditation studios, juice bars and athleisure brands where racialized people aren’t just in marketing materials or customer-facing positions, but are making decisions about policies, processes and strategy.

“When BIPOC run their own wellness spaces, we reclaim our own sovereignty,” says Shayla Stonechild, Nehiyaw iskwew (a Plains Cree woman) and yoga instructor in Vancouver. “It is an act of decolonization and a reclamation of our voices, our bodies and our power.”

While these spaces decentre whiteness, that doesn’t mean white people aren’t allowed in. “All are welcome,” say Rebeckah Price and Snjezana Pruginic, co-founders of the Well Collective, a Toronto wellness organization. “But we are centering BIPOC wellness practitioners' experience and expertise.”

In fact, BIPOC-run spaces may better for everyone. According to Stonechild, “decentering whiteness within wellness will create a more equitable future.” Anecdotally, these spaces are welcoming of other marginalized groups. They tend to have more equitable hiring practices and programming that reflects and supports their communities' needs, and, like Hill Studio, often function as community hubs.

This is not to say that existing businesses can’t do better. They can, and Well Collective’s Pruginic says they must.

“I think it is important for white wellness practitioners to understand that dismantling white supremacy is not a personal attack on them, but a collective responsibility,” she says. “Don’t just take one diversity and anti-racism course and call it a day. Do the hard work of asking how your procedures and policies exclude people who don’t look like you, who do you have running your classes, who do you have in your leadership teams, who do you have running the spaces? Ask why some people don’t feel safe coming to your space and then ensure you create safety in a way that is defined by them, not you. And most importantly, keep doing it when no one is looking or giving you praise, and continuously.”

Still, Hill believes the priority should be making sure BIPOC have the opportunity to start their own businesses. “My lane is more safe Black spaces, because I don’t think it is the responsibility of the person who is the victim to correct the behaviours of the victimizer,” she says.

The countdown is on for a return to classrooms. Here’s how to get your kids back into routines
August 27, 2020 Kids from kindergarten to high school share how they feel about their return to school
August 27, 2020 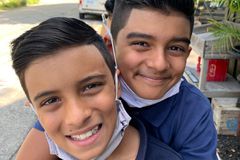 How four couples creatively tied the knot during the pandemic
July 20, 2020 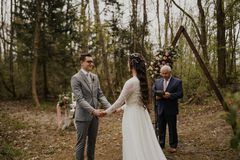