Jean-Philippe Aubé is a proud Quebecker. Born and raised in Quebec City, where he lives with his wife and nine-year-old daughter, he wouldn’t live anywhere else. The appeal of the country’s second largest province, he says, is the lifestyle, one that centres on culture, food, laughter, and loved ones.

“The way of our French heritage is we like to be with family and friends to party; it’s kind of natural,” he says. “There’s a tendency to have fun. I see people who have gone to other provinces or the States for work who really want to come back.”

Mr. Aubé’s birthplace also happens to be the happiest place in the country. According to a Globe and Mail survey by the Gandalf Group, residents of Quebec have higher levels of life satisfaction than Canadians living elsewhere. While 67 per cent of all Canadians consider themselves very happy, that percentage is even higher in Quebec, at 74. Quebeckers are also more likely to report having a sense of purpose: 67 per cent compared to 62 per cent in Canada overall.

Differences in happiness were found across multiple aspects of people’s lives, the survey found. Take leisure time: 61 per cent of people living in Quebec are very satisfied with the amount of down time they have, compared to 57 per cent of all Canadians. (For Mr. Aubé, leisure time involves dinners and passionate debates with family and friends and weekends spent skiing and skating with his wife and daughter. “We embrace our winters,” he says.)

While 58 per cent of Canadians overall say they are very satisfied with their personal growth and improvement, that figure rises to 66 per cent in Quebec.

Quebeckers also report greater levels of satisfaction with the amount of sleep they get, their personal appearance, their relationships with parents and neighbours, the number and quality of friendships, and even their sex lives.

“We tested so many variables, and it was amazing to see how consistent it [life satisfaction] is in Quebec,” says the Gandalf Group’s Alex Swann. “It can be borne out by cost of living or commuting time, but it was much more than that. Happiness related to things independent of the economy or society was very consistent.”

The findings reflect those from other research. Statistics Canada publishes data on life satisfaction by province based on the Canadian Community Health Survey; in 2017, 94 per cent of the population 12 and over in Quebec reported that they were either satisfied or very satisfied with life, compared to the national average of 92.9 per cent.

McGill University economist Christopher Barrington-Leigh has studied happiness in Quebec, tracking it for more than two decades for a paper published in the academic journal Canadian Public Policy in 2013. The data, from 1985 – when Quebec ranked extremely low in terms of overall happiness – to 2008 revealed a significant and near-steady increase in life satisfaction.

In fact, his research suggested at the time that if Quebec were a nation unto itself, it would rank second only in international life-satisfaction rankings.

While it is impossible to say definitively what makes life in Quebec so satisfying, there are several theories for correlations.

Dr. Barrington-Leigh points to factors such as greater social support, including more affordable day care, than in other parts of the country, and work-life balance: People in Quebec work about two hours a week less than those in other major provinces. Furthermore, anecdotally at least, the softening of the separatist push has contributed to a heightened sense of collective well-being.

“Some of the stresses that we used to have in Quebec when there was linguistic tension on the street between strangers: that’s gone or much changed,” says Dr. Barrington-Leigh. “Quebec’s security and place in Canada is no longer such an issue that it’s really deeply troubling to people’s sense of existential security and connection to people they’re around.”

The reasonable cost of housing could be another contributing factor to people’s satisfaction levels.

“There may be less stress permeating into a number of dimensions of life here by the fact that we have relatively low housing costs, given that we have such wonderfully dense urban layout,” Dr. Barrington-Leigh says. “Layouts like Montreal’s are probably denser than Toronto or Vancouver, yet our house prices have not been through the roof. House prices in Vancouver dominate one out of 10 conversations and influence everybody’s life. Quebec is a relatively easy place for people to migrate to.”

The province’s French culture could help explain the high level of life satisfaction, says Andrew Sharpe, executive director of the Ottawa-based Centre for the Study of Living Standards. “It might be linked to the sense of community that comes from so many people speaking the same language and having the same history,” he says. “There’s a strong link between sense of community and happiness.”

Vancouver’s John Helliwell, senior fellow of the Canadian Institute for Advanced Research and co-director of CIFAR’s program on Social Interactions, Identity and Well-Being, notes that Quebec has become less homogeneous over the years. He says satisfaction levels have risen as social harmony has improved.

“The Quiet Revolution turns out to have been a happy revolution,” Dr. Helliwell says. “Quebec has changed a great deal from the situation 40 years ago, where someone might insult you for speaking French in your own city. Nobody can feel at home in those circumstances. You can feel at home now in a way you couldn’t before.

“The power of the quality of your immediate social context influences how happy you are with your life, how connected you feel to people around you,” he says “In Quebec, that’s moved from ‘I’m in an uncomfortable situation here’ to ‘I’m at home here.’”

People also feel attached to Quebec, more so than in other provinces, he notes. “To feel a sense of attachment to your province or city or country is good for your sense of well-being,” Dr. Helliwell says. “Quebeckers have a feeling of involvement in their province and satisfaction across all these different dimensions. It’s a pretty good recipe.” 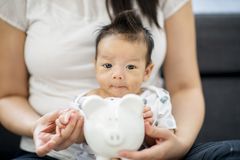 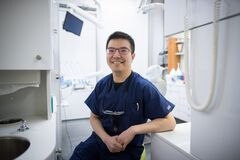