Aaron Berhane was an Eritrean-Canadian publisher and journalist whose escape from the East African country in 2002 was the stuff of Hollywood action and suspense. It involved bribery, bullets and a blood-soaked run from border guards – and, eventually, political asylum in Canada. Writer-musician Dave Bidini heard the story firsthand years later, while giving Mr. Berhane a drive home to Toronto from a literary event in Barrie, Ont.

“It was like he was telling an adventure tale, but it was his real life,” Mr. Bidini told The Globe and Mail. “Here was this stranger in my car. When I asked him what his story was, he told me, all the way down Highway 400.”

In 1997, Mr. Berhane co-founded Eritrea’s largest independent newspaper, Setit, based in the capital city, Asmara, and named after the only river in the country. “I wanted my newspaper to flow without interruption, like the river,” Mr. Berhane would tell the Toronto Star in 2009.

No such luck. In 2001, the Eritrean government cracked down on dissent and ordered private presses to cease publication. Eleven journalists were taken into custody. Mr. Berhane evaded arrest and hid in a remote part of Asmara for months before making a run for Sudan in early 2002, leaving his wife and three children behind.

Mr. Berhane and two other men planned to cross the border by foot. The scheme involved phony papers and U.S. currency sewn into the handle of a suitcase for bribes, according to Mr. Berhane’s yet-to-be-published memoir. He had prepared for the journey with a daily regimen of running and push-ups. He would need that strength.

An armed patrol spotted the three men and ordered them to surrender. When the trio took off, the guards began shooting. Mr. Berhane ran for an hour into Sudan in sandals, losing his companions and the patrol in the process. He was a mess of sweat and fatigue and bloodied by thorn bushes by the time he made it.

A bus took Mr. Berhane to the Sudanese capital city of Khartoum. From there, he flew to Nairobi. He paid bribes along the way.

With the help of the United Nations High Commissioner for Refugees and the Canadian high commission, he finally made it to Saskatchewan, before eventually settling in Toronto. It would be eight years before his wife and three children were able to join him.

Mr. Berhane died on May 1, of COVID-19, at the age of 51. He was regarded as a humble, serious and soft-spoken man dedicated to freedom of the press. He was the owner, publisher and editor-in-chief of Meftih, a monthly newspaper for the Eritrean community in Toronto that publishes in Tigrigna and English.

Mr. Berhane spent years advocating for his jailed colleagues in Eritrea. At the time of his death, he was the chair of the Writers in Exile Committee with PEN Canada, an organization dedicated to freedom of expression and the support of writers in peril. He also taught part-time at Toronto’s George Brown College.

“A lot of the students at George Brown are either immigrants, or refugees, or children of immigrants,” said Michael Cooke, former vice-president, academic, at the college. “They could see themselves in him.”

Mr. Berhane’s full tale will be told in his book, Burden of Exile: A Banned Journalist’s Flight from Dictatorship, which will be published by Dundurn Press.

“He would tell his students or others something that was absolutely gripping. But on the other hand, with his humility and beautiful smile, you’d think he was talking about a walk in the park,” Mr. Cooke said. “He had no ego. He was conveying a respect for the people he was speaking to, as if to say, ‘Let’s share our stories.’”

Aaron Berhane was born in Asmara on Oct. 6, 1969, the fourth of eight children. His mother was Awetash Gebremichae. His father, Berhane Tesfazghi, was at various times a contractor, a housing developer, a dairy farmer, a priest and a city councillor. In the early 1970s, he collaborated with the Eritrean People’s Liberation Front (EPLF) in its fight to liberate Eritrea from Ethiopian rule.

Although Mr. Berhane’s father avoided arrest, the authorities retaliated by confiscating the family’s property and arresting Mr. Berhane’s mother. In 1978, at the age of 9, Mr. Berhane joined the liberation movement himself and was assigned to the EPLF School of Revolution.

Eritrea won independence from Ethiopia in 1993. Mr. Berhane studied at the University of Asmara’s school of journalism and mass communication before co-founding the Setit newspaper.

In early 2001, Mr. Berhane wrote an editorial in Setit about how a fight between two elephants ruins the grass – a reference to tensions between the Eritrean president and a group of reformers. According to Mr. Berhane’s book, that night security officers told him that any further criticism of the government would be the last thing he would ever write.

He arrived in Canada without knowing a soul. After studying English at the University of Regina, he moved to Toronto, home to a thriving Eritrean community. His first jobs were as a security guard, a warehouse loader and an overnight gas-station worker.

In 2003, he was awarded the Donner Canadian Journalists for Free Expression Fellowship at Massey College. After that, he was offered a writer-in-exile residency at George Brown College, hosted by PEN Canada. A lecturer-in-residence position was next. “He was immediately embraced by the faculty and students,” Mr. Cooke said.

Mr. Berhane launched Meftih – which translates to “key” in Eritrean – in 2004.

In 2009, his family finally escaped to Sudan. “Because the authorities in Eritrea saw young people as the highest risk trying to leave the country, they paid close attention to young adults on buses going near the border,” Mr. Cooke told The Globe. “Aaron’s wife put together a plan to get out the country that involved hiding their teenage daughter under a seat on the bus and travelling that way for hours.”

A year later, Mr. Berhane was reunited with his family in Toronto. Mr. Bidini spoke to him on the day his wife and children were to arrive by plane. “He wouldn’t allow himself that sense of relief and joy,” Mr. Bidini recalled. “He didn’t have them in his arms just yet.”

In an interview at the time with the Committee to Protect Journalists website, Mr. Berhane said while the reunion felt like a dream, “my happiness will only be fulfilled when I see the same reunions between my colleagues in jail and in exile and their loved ones.”

Running his newspaper and together again with his family, Mr. Berhane completed a master’s degree in immigration and settlement studies at Ryerson University. In 2016, he took up a position as a part-time professor at George Brown, where he continued teaching until his death.

Despite his hardships, Mr. Berhane was known for his generous spirit. “It was Aaron’s belief that your challenges were just as important as his, and that each of us had our tasks to complete that day,” Mr. Cooke said.

In his memoir, Mr. Berhane recalls an exchange with a driver who had picked him up at the Canadian high commission in Nairobi. “I thought I was done for the day,” the driver told him. “You must be an important person.” To which Mr. Berhane replied: “Not as important as you.”

The chauffeur was puzzled: “I am just a driver.”

Mr. Berhane leaves his wife, Miliete; his daughter, Freweini; and his sons, Mussie and Eiven. 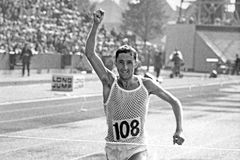