The drive to Norfolk from London is remarkably unremarkable. It’s perfectly flat, for one thing, farmed for unremarkable things such as barley and beans. The dress code? Fleece, denim or even archaic tweed: “Normcore” in its most primitive form.

But in doing that drive recently, I learned something new about Norfolk: that its middle-of-the-roadness is deceptive. In fact, even the road we drove on had remarkable heritage, having been built by the Romans 2,000 years ago and called Ermine Street thereafter. It’s been in use ever since, most recently under the rather conventional designation A10. Beyond it stands more royal palaces with longer histories than practically any county in England. And those tweedy locals? A great chunk of them are aristocratic.

Once upon a time, two different ruling parties controlled this bubble of land on the east coast of Britain. Prasutagus, king of the Iceni tribe, enjoyed a special relationship with the occupying Romans. But when he died in 59 AD, leaving half his kingdom to his queen, Boudicca, the Roman patriarchy balked. Boudicca defended her inheritance in a rampage that destroyed the Romans’ three most important cities, including Londinium (now London). Ultimately, though, she lost. The Romans took over her land and the rest of the country and continued to rule for the next 350 years.

Norfolk has never quite recovered from its historic “otherness.” In the eyes of the rest of the country, at least, it remains a county of outsiders: British, yet somewhat removed from modern Britain in distance and disposition. There’s truth to that – a strong farming tradition has made this East Anglian county one of Britain’s most self-sufficient. Yet, Norfolk could hardly be more “establishment.” Nearly every ruler since Boudicca has set down roots in Norfolk, relishing the coastal villages unspoiled by development, the epic beaches that charm film directors, the near absence of highways that keeps incoming traffic at bay. One of the joys of travelling this part of the world is following those royal connections along ancient tracks that stretch back millennia. It’s called me back several times, in fact.

I took the two-lane highway formerly known as Ermine Street from deep within London past Cambridge to the medieval seaport of King’s Lynn. The countryside around King’s Lynn nearby provided the Romans with livestock and grain, which they shipped on longboats headed for the continent. The old town centre has the mien of a place left behind around the time of the American Revolution and looks better for it.

But I’m here to criss-cross the countryside, following still more age-old paths that haven’t quite fallen out of use. Norfolk’s flatness makes this part of the world a joy to walk. One option is the Icknield Way, named for the Iceni, around the town of Thetford. Some ramblers follow it to the site of Thetford Castle, of which only remains is a huge man-made mound of earth on top of where an Iron Age fort once stood. Today, the mound is part of a local park that provides an unusual counterpoint to Norfolk’s flat landscape.

But I’m inspired by the walker and historian Andrew McCloy, author of Exploring Roman Britain. McCloy has spilled much ink on the “understated charms” of the 74-kilometre Peddars Way, another Roman path that, he says, “grows on you the further you walk, like a maturing cheese or a novel that improves by each chapter.” As the trail carries on through local marshlands, or “fens,” out to sea, “you begin to notice how it weaves its way through this gentle countryside, skilfully riding the contours and natural features, so that in the end, it’s the 2,000-year-old route itself that is the star,” McCloy says. “It’s as if the Roman road-builders were completely in tune with the landscape of East Anglia.”

To see for myself, I drive up to the curve of the trickling Little Ouse River and get out where the Peddars Way reveals itself. If you’re a trooper, you can find a British tour operator to set you off on a self-guided tour along the entire stretch, hauling your luggage and putting you up in barely-there villages. Suzy Watson of Explore Norfolk UK offers a package from about $1,000 for a six-day walk, including accommodation and baggage transfers. “The peace and tranquility are fantastic,” Watson tells me. “You’ll be lucky if you come across anyone.”

She’s absolutely right. But you don’t have to tackle the entire Peddars Way to get a good sense of history – map out an attainable section of the ancient footpath and set off, skirting remote country lanes and farmers’ fields, where not even the farmers seem to be about.

This route is not about jaw-dropping natural beauty. What inspires walkers such as Watson and McCloy is the deeply rural landscape that, as McCloy says, “is the sum of its essential parts – wildlife-rich hedgerows, ancient field patterns and broadleaf woodlands, timeless village pubs and churches.” The solitude is an added bonus. And when I begin to explore the housing stock, I begin to realize why the locals seem to be staying home.

West of the Peddars Way, past the town of Foulden, is the 500-year-old Oxburgh Hall, a moated medieval manor built by the Bedingfeld dukes and visited by King Henry VII. The Bedingfelds still live in the wings not managed by the National Trust. (The site is currently in the midst of a £6-million [$10.3-million] roof repair project that will see the property closed until March 14.) A genteel community clusters outside the building’s walls, focused on the elegant Bedingfeld Arms pub, which packs them in for lunch.

Outside the village of Castle Acre are the ruins of a Norman-era fortress and Benedictine priory, with its towering gothic gable and cloister ringed by recreated herb gardens. From the weathered stone ramparts, you can see past methodically ploughed fields to an unfettered horizon. Watson told me to look out for another Roman road here, shooting north toward Great Massingham from Castle Acre. “As it’s a Roman road,” she says, “it’s absolutely arrow straight.”

I jump ahead to Houghton Hall. Britain’s first prime minister Sir Robert Walpole commissioned this Palladian pile in a fit of hubris and filled it with masterpieces by Rembrandt and Paolo Veronese. I tour vaulted state rooms swathed in tapestry and frescoes, then wander gardens festooned with contemporary art, a pivot to modern relevance by the current occupant, the Marquess of Cholmondeley. Today, you’re more likely to spot an Anish Kapoor sculpture by the pond than a Rubens painting over the mantel – Sir Robert was persuaded to sell his collection, en bloc, to Catherine the Great.

The Icknield Way picks up from here, passing Anmer Hall, the Georgian country house given to the Duke and Duchess of Cambridge by the Queen. It’s undergoing massive renovations, so I can’t get close. But before veering off to the beaches of Brancaster (one of the country’s first seaside resorts, favoured by the Romans) I’m able to drive past the Queen’s own Sandringham Estate. It is open to the public for tours of the 19th-century ground-floor rooms and gardens and the 16th-century church where the royal family attend holiday services. But I put this on my wish list for another time: a stay in Sandringham’s four-bedroom Garden House, a snip at $1,400 a night. It’s hard to think of another place where one can feel so disconnected from the rest of the country, yet so very well connected.

This is the third of a four-part series sponsored by Visit Britain, which did not review or approve the article. 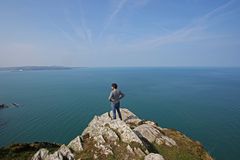 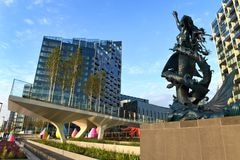 How to prepare for vacation amid the coronavirus outbreak
March 11, 2020 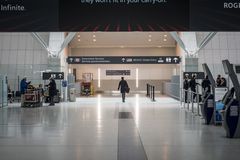