Canadian researchers believe they have found the means to convert any type of blood into universally usable group O with enzymes found in the human gut – a finding that could expand the pool of potential blood donors and make blood-matching easier and safer.

For transfusions to be safe, blood from a donor – for instance, A, B or AB types – must match that of a patient. O-type blood can be transfused into anyone and is always in high demand.

“Blood type is determined by the presence of antigens on the surface of red blood cells; type-A blood has the A antigen, B has the B antigen, AB blood has both antigens and O blood has none,” said lead researcher Stephen Withers, a professor of chemistry and biochemistry at the University of British Columbia.

“Antigens can trigger an immune response if they are foreign to the body, so transfusion patients should receive either their own blood type, or type O to avoid a reaction,” he said. “That’s why O blood is so important.”

Withers said the UBC team sampled DNA from millions of microorganisms found in various environmental samples to find one in which the desired enzymes might be found.

The researchers then turned their attention to the mucosal lining of the human gut – which contains sugars similar in structure to blood antigens – by extracting bacterial DNA from fecal samples.

“By homing in on the bacteria feeding on those sugars, we isolated the enzymes the bacteria use to pluck off the sugar molecules,” said Withers, adding that researchers then used E. coli bacteria as “little factories” to produce quantities of the enzymes “and found that they were capable of performing a similar action on blood antigens.

“So we just simply add them to the red blood cells, they attach themselves to the surface of the red blood cell and then they cut the sugar off,” he said Wednesday in an interview from Boston, where the research was presented at this week’s American Chemical Society annual meeting.

Scientists have been studying the use of enzymes to modify blood since 1982, said Withers. “However, these new enzymes can do the job 30 times better.”

The UBC team focused on transforming A-type blood into O-type. Enzymes to snip sugars off the surface of B-type blood cells had already been identified, so using both groups of enzymes together could convert AB blood to O, he noted.

Withers and his colleagues plan to apply for a patent on the newly identified enzymes and are set to work with Canadian Blood Services and the Centre for Blood Research to test them on different types of blood from a variety of donors.

“The next step is very much all about safety,” he said. “There are further tests we need to do to make sure that in the process we’ve not inadvertently changed anything else on the red blood cell surface which could be deleterious to its function.”

One advantage of these enzymes is that they work in whole blood, not just components of blood, meaning that donations could be quickly converted to universal type O, he suggested.

“So I could imagine that what could happen is it could be added to blood when it’s donated and just left sitting there to do its conversion while this stuff is being stored.”

“One of the main challenges with maintaining an adequate blood supply in developed countries is that the use of group O is not in proportion to the incidence of that blood group in the population,” said CBS chief scientist Dr. Dana Devine, who called the blood-converting enzymes a potential “game-changer.”

“This imbalance arises because group O blood can be transfused to any recipient and is used to treat patients in emergency settings when there is no time to determine the patient’s actual blood type,” she said in a statement.

While it would be unnecessary to modify all non-O blood units, Devine said the technology will be important in settings where there are anticipated shortages of group O, including Canadian summers marked by increased motor vehicle accidents, as well as hurricane season in the Caribbean and troop deployments to combat zones.

Expanding global blood supply is critical in light of growing populations and the frequency of natural disasters, Withers agreed.

“Our hope is that one day we can eventually render any type of donated blood, tissues or organs, safe for use by anyone regardless of their native blood type.”

After washing hands in public, which is more hygienic: Paper towel or air blower?
August 19, 2018 Why sweet corn is a good addition to your summer diet
August 13, 2018 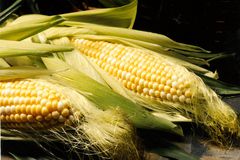 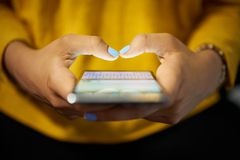