Valérie Wolff was puzzled by the young stroke patient. The 23-year-old man had no risk factors, though he frequently smoked cannabis resin and tobacco. Brain scans taken a year prior, before he started using drugs, showed a picture of health. Yet in an angiogram, the neurologist could see he had multifocal intracranial stenosis, or a narrowing of the arteries restricting blood flow to his brain.

She and her colleagues advised the young man to quit his cannabis habit. Three months later, the arteries to his brain returned to normal. “The narrowings disappeared,” says Wolff, a professor of neurology at the stroke unit of Strasbourg University Hospital in France.

This case in 2005 prompted her to explore the relationship between cannabis and stroke. Her findings over the past 13 years have led her to suspect frequent, heavy cannabis use increases one’s risk.

As cannabis has entered the mainstream, with Canada legalizing its recreational use, researchers such as Wolff say users and doctors prescribing it should take precautions and limit consumption of the drug. While the Canadian government warns of its potential hazards such as addiction, lung infections and psychotic episodes, the risk of stroke associated with cannabis is not as well known.

About 4.2 million Canadians aged 15 and older reported using cannabis in the National Cannabis Survey, released by Statistics Canada in April – and nearly 40 per cent said they use it daily. Of those who did not use the drug in the three months prior to the survey, 6 per cent said they would likely try it or use more of it after legalization, and 24 per cent of current users said they would increase their consumption.

This could lead to trouble, as binging – or using a lot of cannabis in one sitting – is particularly likely to cause a stroke, says Daniel Hackam, who conducted a 2015 case review on the link between cannabis and stroke published in the American Heart Association journal Stroke. He says consuming two or more grams in a sitting is considered binging, though the potency of the strain of cannabis is also a factor.

Researchers hypothesize that the drug can cause severe constriction, or spasms, of the cerebral arteries, leading to a lack of blood flow to the brain, or an ischemic stroke.

“With the legalization of marijuana and the diffusion of medical marijuana, especially to the baby boomers, we’re going to see a lot more strokes as a result of cannabis consumption,” predicts Hackam, an associate professor of medicine at the University of Western Ontario.

Besides binge-users, baby boomers may be at greater risk of stroke than their younger counterparts, Hackam says. Older people are already at a higher risk of stroke because of aging, and it appears they comprise a fast-growing demographic of cannabis users, he says. According to the National Cannabis Survey, 13 per cent of users were 55 and older.

Moreover, consuming cannabis at the same time as other drugs, such as alcohol and tobacco, has also been linked with stroke, Hackam says.

He advises users to limit their consumption to no more than one gram at a time, and to avoid using it with alcohol and tobacco.

Wolff adds doctors should systematically ask young ischemic stroke patients about their drug consumption. This is important, she says, since her research shows abnormalities in the arteries feeding the brain can be reversed among chronic, heavy users of cannabis after they quit using the drug.

Meanwhile, Aditi Kalla, a cardiology fellow at Einstein Medical Center in Philadelphia, says it may be beneficial for those considering using cannabis to get baseline health measures, such as basic cardiac testing, before they start. In a study recently published in the Journal of Cardiovascular Medicine, Kalla and her team found cannabis use increased the risk of heart failure and stroke, independent of other factors, such as age, tobacco and alcohol use.

Her findings do not suggest doctors should not prescribe cannabis, she says, but rather, as with other medications, it may come with side effects.

At Toronto’s Sunnybrook Hospital, clinician-scientist Rick Swartz says he has seen a number of young patients who have had strokes after using cannabis. But he says the risk of stroke for each use is low for cannabis compared with substances such as cocaine and other stimulants.

Swartz predicts it will take doctors and researchers a long time to understand the complexities of cannabis, ranging from the effects of the various strains and ways of consuming it to the impact of the numerous compounds in the plant.

As the experts tease out the effects of the drug, Swartz advises people to use cannabis in moderation. “Excesses of anything are probably not very good for our bodies.” 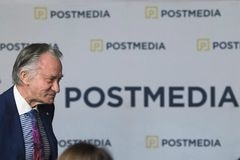 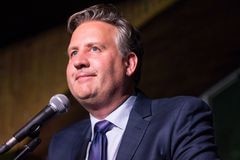 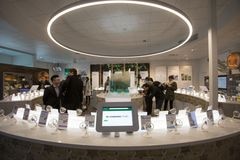