Bruce Lee was a world-famous martial artist and actor, but to at least one fan, he was much more.

"He was the first person I heard say, ‘I’m proud to be Chinese,’” Jeff Chinn, a San Francisco-based collector of Bruce Lee memorabilia, says in a looping video documentary at the Hong Kong Heritage Museum. “That made me proud.”

The actor’s legacy is enshrined at the museum, tucked away from the city’s touristy hustle in quieter Tai Wai. Comprising 850 square metres on the cavernous building’s second floor, the Bruce Lee: Kung Fu, Art, Life exhibit showcases his life and accomplishments through memorabilia, photos, videos and writings.

Lee was Hong Kong’s – and therefore China’s – first global star, breaking through as the kung-fu-fighting sidekick Kato on the 1960s TV show The Green Hornet before becoming a sensation in the 1970s through hit films such as The Big Boss, Fist of Fury and Enter the Dragon.

The success of the movies – driven by his fighting prowess and powerful charisma – launched the martial arts genre and supercharged the Hong Kong film industry. Many credit Lee, who died in 1973 from what is believed to be overexertion, with paving the way for Asian actors in Hollywood and thus allowing the likes of Jackie Chan, Jet Li and Donnie Yen to become stars in their own rights.

As Chinn – who has contributed more than 200 items to the exhibit – puts it, he also helped dispel Chinese stereotypes and uplift a generation of fans. The exhibit is thus a can’t-miss for aficionados of the genre and of Asian entertainment in general.

Aside from Lee’s workout equipment, movie posters and the famous yellow jumpsuit he wore in the 1972 film Game of Death, the exhibit also houses his personal notes and letters to his wife, Linda.

In those materials, he muses on a variety of subjects such as the proper way to dance the cha-cha and how much he missed Linda while on location, like when he was in Thailand filming The Big Boss (1971) or in Switzerland giving self defence lessons to director Roman Polanski.

Still, the temporary nature of the exhibit – as well as Hong Kong’s overall reluctance to honour its martial arts film heritage – is exasperating to fans and historians alike.

For years, the city refused to fund even a statue to honour Lee. A 2.5-metre bronze monument is now part of the recently reopened harbourside Avenue of Stars, but only because a local fan club raised the necessary funding in 2005.

Despite that, Hong Kong was still ignominiously beaten to the honour by Mostar, a town in Bosnia of all places, where a statue was erected a few months before.

Ricardo Mak King-sang, director of the Advanced Institute for Contemporary China Studies at Hong Kong Baptist University and the author of a history of martial arts in the city, says there has been talk of turning Lee’s former house in Hong Kong into a permanent museum, but a tangible plan has yet to materialize.

“This is incomprehensible,” he says. “The whole idea has not worked and nobody knows why.”

A spokesperson for the Hong Kong Heritage Museum says the organization has been in contact with the Bruce Lee Foundation, the Los Angeles-based charity that promotes the actor’s image, about making the exhibit permanent, but she did not elaborate on details.

The Avenue of Stars, which reopened in January as part of a US$2.6 billion makeover of the Tsim Sha Tsui harbour-side area, does hold some appeal for fans of martial arts films. Aside from Lee’s statue, the 457-metre promenade mirrors Hollywood’s Walk of Fame with handprints and embossed signatures from Hong Kong’s film luminaries.

Jackie Chan is represented, as are other actors including Sammo Hung and Stephen Chow. Raymond Chow and Leonard Ho, producers and founders of Golden Harvest, the studio that churned out kung fu hits in the 1970s and 1980s, are also memorialized with plaques.

Aside from martial arts stars, the Avenue of Stars also pays tribute to other Hong Kong film greats, such as actress Anita Mui and Wong Kar-wai, director of films such as In the Mood for Love and Chungking Express.

Martial arts fans may also be interested in attending a performance at the Xiqu Centre, the US$346 million venue devoted to Chinese opera that also opened in January. Bruce’s father Lee Hoi-chuen and Jackie Chan were both performers in Chinese opera, which requires actors to move with martial-arts precision.

Kung fu aficionados can also take a class with Master Sam Lau in Kowloon. Now 72, Lau learned the art of Wing Chun under Yip Man, the same instructor who taught Lee and who has since been popularized in films starring Donnie Chen.

Lau also laments the lack of local emphasis on Hong Kong’s martial arts legacy. Most of the interest in its history these days is from foreigners.

“It’s regrettable that they don’t pay much attention to it.” he says.

Room for each: Supply catching up with demand in Hong Kong’s high-end hotel market
May 27, 2019 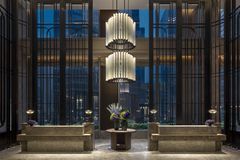 Hong Kong’s new café culture: From Peanuts to Potter and beyond
July 2, 2019 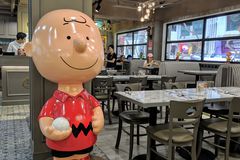 Hong Kong’s Rosewood hotel offers the luxury of space
May 27, 2019 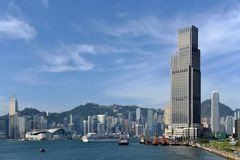