In the aftermath of a mass shooting at their school in Parkland, Fla., Emma Gonzalez and her classmates at Marjory Stoneman Douglas High School are being hailed as proof that young people can change the world. While the anti-gun protests are led by youth, parents, teachers and other adults can help children hone their sense of social justice and fight for causes they are passionate about, experts say. Here are a few ways to do it.

Teach them what activism is, and start early

“These conversations are impossible to avoid if you’re out in the world at all, so you want to have your kids not just hear snippets of it or not really know what’s going on,” says Innosanto Nagara, author of the children’s book A Is For Activist, one of many books available to parents who want to start a conversation with their children about concepts of social justice, such as how race and gender affect people’s lives.

For young people in their tweens and teens, help them understand the critical thinking skills activism requires, says Beatrice Fennimore, a professor at Indiana University of Pennsylvania and youth social justice expert. “When we think about a movement, then we think about helping young people to critically and ethically analyze an issue and take a stand,” she says. “If we say, ‘This is an affront to justice, to equality and to human rights,’ then we can help young people to think, ‘Okay, what is the good and appropriate and ethical way to confront this for the common good?’”

Joining a group that is already working on whatever cause a young person is passionate about may seem like the logical next step when it comes taking action. Too often, however, young people will be given meaningless task work, such as checking people in at a conference, says Wendy Lesko, co-president of the Youth Activism Project, a U.S.-based non-profit organization.

“They view young people as sort of unpaid helpers rather than really being a source of ideas,” she says.

Instead, find out what local and provincial advocacy organizations are out there and what they are doing on the issue, Lesko says. As well, find models that are working in other provinces. That way, she says, “You actually possess information that often even local groups may not be aware of.”

Make them do their homework

Whatever issue a young person has decided to take on, it’s a parent’s job to make sure they know every side of it, both to ensure they understand the matter and to give them the best chance of being taken seriously by whomever they make their case to, whether it be school boards, policy makers or some other organization.

Ask young people what the other side thinks and what their demands are, says Lesko. “At least have a question that really tries to not necessarily embrace the other side but at least acknowledge that it exists,” she says. “You often need those arguments so that you aren’t dismissed routinely because you’re a kid.”

Be up front with young people about the research work they’ll have to put in to be heard, Fennimore says. Reading newspaper articles, studies, government reports and examining what other groups have done in the past are all part of the job.

“You sort of have to do twice the amount of work and research so [people] won’t discount you,” she says.

Be a guide, not the driver

Youth activism works best when it is “youth-led, adult-supported,” Fennimore says. It is perfectly fine to suggest possible problems young people might encounter as they pursue a specific goal. And, of course, go ahead and help your children find resources. Sites such as Sparkmovement.org and Youthradio.org offer budding young activists a range of tutorials on how to use valuable tools that are often necessary when it comes to changing hearts and minds, Lesko says.

“You will see young people themselves who have created short videos or short blog posts on how to do an online petition, how to communicate and advocate via social media, how to do a podcast, how to do effective posters,” she says.

Just make sure you act as a guide, not the parent who takes over the school science project.

“As the adult you really are in the back seat,” Lesko says.

Idealistic young people — even idealistic adults, for that matter— may hope to change the world, but make sure to counsel them in the realities of doing so. Not every effort will result in a win. “Expect that you will not succeed the first time,” says Lesko. “Talk about how it’s [a matter of] experimentation and persistence.”

It’s that sense of commitment and persistence to a cause they believe in that adults should aim to foster in children, Fennimore says. It’s the bedrock of activism and one’s identity as an activist.

Quitting for the win: Why letting your kids give up might build their resiliency
February 18, 2018 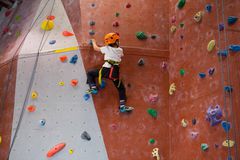 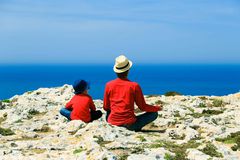 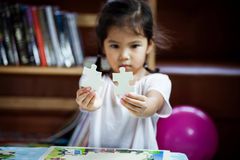